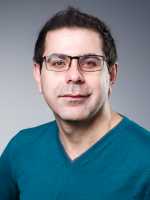 Response: We know that patients with severe mental disorders such as schizophrenia, bipolar disorder and major depression have shorter life span than the rest of the population, largely due to comorbid cardiovascular diseases. The increased risk seems related to lifestyle including diet and physical activity and medicines, while the mechanisms are not fully understood. Different studies have shown increased weight (high body mass index) in many people with mental disorders. Yet very little is known about genetic variants jointly in influencing major psychiatric disorders and body mass index. Thus, we investigated if there are overlapping genetic risk variants between body mass index and the mental disorders schizophrenia, bipolar disorders and major depression.

Response:  The main finding from our study is that we identified overlapping genetic risk variants between body mass index and the severe mental disorders schizophrenia, bipolar disorders and major depression.

Patients with bipolar disorders and major depression have a genetic risk for increased body mass which together with diet / lifestyle and medication can explain the increased weight that many patients experience. In schizophrenia, on the other hand, the large problem many patients are experiencing with weight gain seems to be due to non-genetic effects, such as life style and medication. In fact, people with schizophrenia have a genetic susceptibility to be thinner, which is in line with observations from non-treated patients

Response: Further studies are required to determine the true causal variants underlying the shared associations detected here, and whether the same causal variants are involved in body mass index and severe mental disorders. Furthermore, due to the inherent case control design of the GWASs, selection bias with effects on the associations cannot be fully ruled out. However, the risk seems to be low for single genetic variants. it is also challenging to evaluate small effect sizes and to speculate about molecular mechanisms behind the effective variants when examining such potentially overlapping phenotypes.