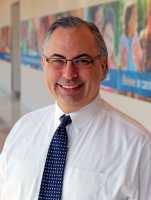 Response: Eosinophilic Esophagitis (EoE) is a chronic inflammation of the esophagus that is driven by eosinophils. A common class of medications used for this condition are called Proton Pump Inhibitors, or PPIs, which block the production of gastric acid in the stomach. Currently only 30 to 60 percent of children with EoE respond well when treated with PPIs.

We hypothesized that genetic variants in the genes for CYP2C19 and STAT6 could plausibly be associated with response to PPI therapy for EoE.

Response: Analysis of data from 92 children (2 to 16 years old) who received PPI therapy for EoE, showed that over the full PPI dose range examined in the study, patients who had a combination of certain common genetic variants in the genes for CYP2C19 and STAT6 were nearly nine times more likely to fail to respond to PPI treatment for Eosinophilic Esophagitis. We also found that within a defined dose range of PPI, patients having the CYP2C19 variant were almost eight times more likely to fail to respond.  The latter finding suggests that through the application of precision medicine, PPI response rates for EoE could be improved by adjusting the dose of PPI based on the patients CYP2C19 genotype.

Response: For the pediatric EoE field, this is a landmark study that may eventually change how we prescribe PPIs for the treatment of EoE. While more research needs to be done, using genetics to personalize PPI drug therapy to the individual patient may ultimately improve efficacy and reduce side effects, resulting in significant benefits for many children.

Response: The next step for this research is to conduct clinical trials for EoE and acid-related disorders such as GERD to determine exactly how to adjust PPI dose based on an individual’s genetics.

Any disclosures?  This work was made possible by generous donations to Nemours Children’s Hospital of Orlando.