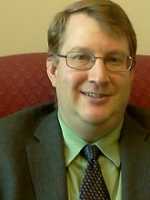 Response: The background is that the most common experience of head injury with loss of consciousness is an apparent recovery. Sometimes this is very fast, sometimes it takes somewhat longer, but typically people return to their prior baseline. Nevertheless there is concern that the head injury may have set in motion processes that would lead to late life neurodegenerative conditions. This is bad enough for someone to deal with but it’s made even worse if the head injury isn’t even the victim’s fault. Previous research has focused especially on Alzheimer’s disease. A more limited research has focused on Parkinson’s disease.

We used data from three prospective cohort studies that included more than 7,000 people to study the relationship between head injury with loss of consciousness and subsequent risk of Alzheimer’s and Parkinson’s disease. We collected head injury exposure data at study enrollment, at a time when we administered cognitive tests and knew they did not have dementia, so our exposure data are not biased. Each of these studies also performed brain autopsies on people who died, and we evaluated data from more than 1500 autopsies.

Response: Head injuries with loss of consciousness place the individual at higher risk for Parkinson’s disease in late life, including head injuries that occur in people younger than age 25.

Response: There has been a great deal of focus on brain injury and amyloid and tau, but somewhat less interest in alpha synuclein (the protein in Lewy bodies). The mechanisms by which a single head injury may lead to subsequent development of Lewy bodies and Parkinson’s disease remain to be elucidated.

Response: This was a team effort and represents the fist publication that combines data from these three large prospective studies, which is a very powerful approach for questions like this one. The team included investigators from the Mt. Sinai School of Medicine, the Cleveland Clinic Foundation, the University of Utah, Rush University Medical Center, and the Group Health Research Institute.