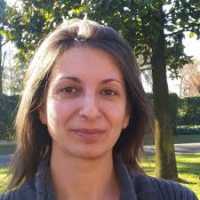 Response: Alzheimer’s disease is the most common cause of dementia. Still incurable, it directly affects nearly one million people in Europe, and indirectly millions of family members as well as society as a whole. The gut microbiota could play a role in brain diseases including Alzheimer’s disease. Some gut bacteria components or products can reach the brain via the blood and might promote brain amyloidosis (one of the main pathological features in Alzheimer’s disease).

Response: This study evaluated a cohort of 89 people between 65 and 85 years of age composed of subjects suffering from Alzheimer’s disease or other neurodegenerative diseases causing similar memory problems, and of subjects with no memory problems. The study revealed that elevated levels of microbiota-products with known pro-inflammatory properties (i.e. lipopolysaccharides and the short chain fatty acids acetate and valerate) were associated with greater cerebral amyloid pathology while elevated levels of those with anti-inflammatory properties (i.e. the short chain fatty acid butyrate) were associated with lower amyloid pathology.

Response: Although the cross-sectional nature of this study prevents us to draw causal inferences, our study reports a novel association between gut microbiota-related products with brain amyloidosis, suggesting that bacterial products are potential pathogenic links between the microbiota and the amyloid pathology that is present in patients with Alzheimer’s disease.

These associations do not prove that Alzheimer’s is caused by an imbalance of microbiota products in the blood, but suggest that the interplay between gut microbes, inflammation and the brain could represent an important research field that deserved further investigations and that may allow the identification of novel therapeutic targets for the treatment of this multifactorial disease.

Response: Although these findings support the involvement of the gut microbiota in the development of the amyloid pathology in Alzheimer’s disease patients, the development of potentially innovative protective strategies – such as the administration of a bacterial cocktail, or of prebiotics to feed the «good» bacteria in our intestine- are still far away. Moreover, a potential effect could only be effective at a very early stage of the disease, with a view to prevention rather than therapy. However, early diagnosis is still one of the main challenges in the management of neurodegenerative diseases, as protocols must be developed to identify high-risk individuals and treat them well before the appearance of detectable symptoms.