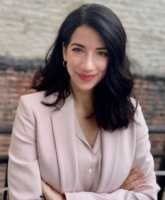 Response: Over the past few years, there has been mounting pressure to protect consumers from surprise medical bills, which occur when a patient unknowingly receives care from an out-of-network practitioner at an in-network facility. In 2018, only six states had passed comprehensive surprise billing legislation, and by 2020, 17 states had passed legislation.

In addition to protecting patients from financial liability for surprise medical bills, states adopted different methods for determining payments made by a patient’s insurer to the out-of-network practitioner. For example, some states, such as California and Florida, developed a payment standard that tied provider payments to median in-network rates, Medicare rates, or the usual and customary provider charges. Other states, such as New York, developed an independent dispute resolution process, which uses a third-party arbiter to resolve payment disputes between insurers and practitioners. However, little is known about how state laws influence the prices paid to out-of-network practitioners and whether spillovers existed to in-network prices.

In this study, my co-authors and I study the association between the passage of surprise billing legislation in California, Florida, and New York, and prices paid to anesthesiologists in hospital outpatient departments and ambulatory surgery centers using commercial claims data from 2012-2017. We focused on anesthesiology because it is one of the specialties with the highest proportion of potential surprise bills since patients do not usually choose their anesthesiologist.

Response: There are two key takeaways.

First, whether a state adopted a payment standard or an independent dispute resolution process, the prices paid to out-of-network anesthesiologists at in-network facilities declined significantly. However, the timing of the price declines varied. In California and Florida, two states that used payment standards, out-of-network prices fell soon after the law was passed. Instead of a payment standard, New York implemented an independent dispute resolution process that used 80% of billed charges (often several times higher than the in-network negotiated rate) as a benchmark to guide arbiter decisions. We found that the out-of-network price initially increased but then significantly declined nearly three years later. The price may have initially increased because of the 80% benchmark and because very few cases underwent dispute resolution, but then prices may have adjusted downwards as insurers and practitioners gained more experience with the process.

Second, the results suggest that states that passed comprehensive surprise billing legislation indirectly influenced in-network prices. Past research has found that practitioners can leverage being out-of-network to negotiate higher in-network payments (Cooper, Scott-Morton & Shekita, 2020). Therefore, by lowering prices paid for out-of-network services, the states that passed surprise billing legislation may have also altered the negotiating dynamics between insurers and practitioners and led to lower in-network prices.

Response: In December 2020, Congress passed the “No Surprises Act,” which incorporated several of the consumer protections that California, Florida, and New York implemented. In particular, the No Surprises Act will adopt an independent dispute resolution process similar to New York, but specifics on the process and how fair prices will be determined are still being decided. This research informs how the No Surprises Act could influence in and out-of-network prices depending on how payment rules are implemented and how a fair price is defined.

The “No Surprises Act” defers to a state’s provider payment rules, so future research is needed to understand how other state’s laws influenced prices and how the No Surprises Act will influence states without surprise billing legislation. Furthermore, our study focused on anesthesia services provided in hospital outpatient departments and ambulatory surgery centers, so further research is needed to understand how surprise billing laws may influence prices in other specialties and settings.

Response: This research was supported by Arnold Ventures, The Commonwealth Fund, and the Physician’s Foundation Center for the Study of Physician Practice and Leadership at Weill Cornell Medicine. The authors acknowledge the assistance of the Health Care Cost Institute and its data contributors, Aetna, Humana, and UnitedHealthcare, in providing the claims data analyzed in this study.