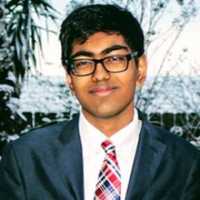 MedicalResearch.com Interview with: Sriman Gaddam The University of Texas at Austin Austin, TX 78705 MedicalResearch.com: What is the background for this study? Response: The quality of care that patients receive from the US healthcare system continues to be influenced by socioeconomic status (SES). Given that cardiac arrest is one of the most common causes of death in the US and that the prehospital setting has an especially high mortality for cardiac arrest, we wanted to determine if the socioeconomic disparities found in the overall US healthcare system continued into the prehospital cardiac arrest setting. MedicalResearch.com: What are the main findings? Response: We found that socioeconomic disparities were present in the prehospital cardiac arrest setting. As the SES of a patient declines, so does the patient's likelihood of achieving return of spontaneous circulation (ROSC). Between the most and least wealthy patients, there was nearly a 13% difference in the probability of achieving ROSC. However, we recognized that not all patients who achieve ROSC are equal as patients can have significantly different neurological functioning depending on the length of time spent in cardiac arrest. Consequently, this paper analyzed cardiac arrest outcomes not only through the occurrence of ROSC but also through the duration of time spent in cardiac arrest. In line with the socioeconomic disparities found in ROSC occurrence, it was found that as a patient's SES declines, the duration of time spent in cardiac arrest before ROSC is achieved increases. This indicates that patients with a low SES are both more likely to not achieve ROSC and if ROSC is achieved more likely to have neurological impairment due to longer time spent in cardiac arrest compared to patients with a high SES. END_OF_DOCUMENT_TOKEN_TO_BE_REPLACED
Continue Reading
Author Interviews, Heart Disease, NEJM / 02.10.2019 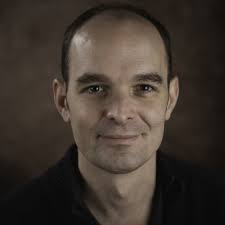 MedicalResearch.com Interview with: Gabriel Riva, Graduate Student Department of Medicine, Solna (MedS), Karolinka Institute MedicalResearch.com: What is the background for this study? What are the main findings? Response: During the last decade there has been a gradual adoption of compression-only CPR, as an option to conventional CPR with chest compressions and rescue breaths, in international CPR guidelines. The simplified technique is recommended for bystanders who are untrained and in "telephone assisted CPR". One of the reasons was the assumption that more people would actually do CPR with the simplified technique.  We could in this nationwide study running over 3 guideline periods demonstrate a 6-fold higher proportion of patients receiving compression-only CPR and a concomitant almost doubled rate of CPR before emergency medical services arrival over time. This very large increase in simplified CPR was surprising to us, especially considering there has never been any public campaigns promoting compression-only CPR in Sweden and training still include compressions and ventilations.  END_OF_DOCUMENT_TOKEN_TO_BE_REPLACED
Continue Reading
Author Interviews, Heart Disease, JAMA, University of Pittsburgh / 27.09.2018 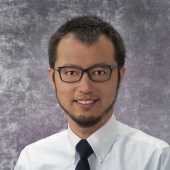 MedicalResearch.com Interview with: Masashi Okubo, MD. Clinical Instructor of Emergency Medicine Research Fellow Department of Emergency Medicine University of Pittsburgh MedicalResearch.com: What is the background for this study? What are the main findings?  Response: Out-of-hospital cardiac arrest (OHCA) is a major public health problem, annually affecting over 350,000 individuals in the US with low survival rate, 11.4% among those who were treated by emergency medical services (EMS). Prior studies showed a 5-fold difference (3.0% to 16.3%)  in survival to hospital discharge between 10 study sites in North America (US and Canada) and 6.5-fold difference (3.4% to 22.0%) between 132 US counties after OHCA. However, it was unclear how much patient outcome after OHCA differ between EMS agencies which play a critical role in OHCA care. Among 43,656 adults treated for Out-of-hospital cardiac arrest by 112 EMS agencies in North America, we found that survival to hospital discharge differed from 0% to 28.9% between EMS agencies. There was a median difference of 56% in the odds of survival to hospital discharge for patients with similar characteristics between any 2 randomly selected EMS agencies, after adjusting for known measured sources of variability. END_OF_DOCUMENT_TOKEN_TO_BE_REPLACED
Continue Reading
Author Interviews, Critical Care - Intensive Care - ICUs, Heart Disease, JAMA / 15.09.2017

Hypothermia for 48 or 24 Hours After Out-of-Hospital Cardiac Arrest?

MedicalResearch.com Interview with: Hans Kirkegaard, MD, PhD, DMSci, DEAA, DLS Research Center for Emergency Medicine and Department of Anesthesiology and Intensive Care Medicine Aarhus University Hospital and Aarhus University Aarhus, Denmark  MedicalResearch.com: What is the background for this study? Response: In 2002, two landmark studies demonstrated that mild therapeutic hypothermia (now known as targeted temperature management, TTM) for 12 or 24 hours improves neurological outcome in adult comatose patients suffering from out of hospital cardiac arrest. Accordingly, international guidelines now recommend TTM for at least 24 hours in this patient group. However, there are no studies, only case reports that explore the effect of prolonged cooling. We therefore wanted to set up a trial that could fill out this knowledge gap, we hypothesized that doubling the hypothermia dose to 48 hour would improve neurological outcome without increasing the risk of adverse events considerably. END_OF_DOCUMENT_TOKEN_TO_BE_REPLACED
Continue Reading
AHA Journals, Author Interviews, Heart Disease, Outcomes & Safety, UT Southwestern / 04.12.2016

MedicalResearch.com Interview with: Rohan Khera, MD Cardiology Fellow, T32 Clinical-Investigator Pathway UT Southwestern Medical Center Dallas, TX MedicalResearch.com: What is the background for this study? What are the main findings? Response: Nearly 200 thousand people have an in-hospital cardiac arrest in the US each year. Of these, the vast majority have a non-shockable initial rhythm – either pulseless electric activity (PEA) or asystole. The survival of this type of arrest remains poor at around 12-14%. Moreover, even after accounting for differences in case mix, there is a wide variation in survival across hospitals – and this serves as a potential avenue for targeting quality improvement strategies at poor performing hospitals. Recent data suggest that a shorter time from the onset of cardiac arrest to the first dose of epinephrine is independently associated with higher survival. Against this background of wide hospital variation in cardiac arrest survival, and patient-level data suggesting an association between time to epinephrine and patient survival, we wanted to assess (A) if there were differences in time to epinephrine administration across hospitals, and (B) if a hospital’s rate of timely epinephrine use was associated with its cardiac arrest survival rate. Within Get With The Guidelines-Resuscitation, we identified nearly 104-thousand adult patients at 548 hospitals with an in-hospital cardiac arrest attributable to a non-shockable rhythms. delays to epinephrine, We found that (a) proportion of cardiac arrests with delayed epinephrine markedly across hospitals, ranging from no arrests with delay (or 0%) to more than half of arrests at a hospital (54%). There was an inverse correlation between a hospital’s rate of delayed epinephrine administration and its risk-standardized rate of survival to discharge and survival with functional recovery - compared to a low-performing hospitals, survival and recovery was 20% higher at hospitals that performed best on timely epinephrine use. END_OF_DOCUMENT_TOKEN_TO_BE_REPLACED
Continue Reading
AHA Journals, Author Interviews, Heart Disease, Outcomes & Safety / 10.08.2015

MedicalResearch.com Interview with: Helle Søholm, MD, PhD Department of Cardiology Copenhagen University Hospital Rigshospitalet Denmark Medical Research: What is the background for this study? Dr. Søholm: The background of the current study is that previous studies have found higher survival rates after out-of-hospital cardiac arrest and admission to tertiary heart centres for post-resuscitaton care compared with nontertiary hospitals, however the reasons for this difference has only been speculative. The aim of the study was to examine the level-of post-resuscitation care at tertiary heart centers compared with nontertiary hospitals and to associate this with outcome. Only patients without ST-segment elevation myocardial infarction was examined to avoid referral bias. Medical Research: What are the main findings? Dr. Søholm: The main findings of the study of 1.078 patients was that the survival in patients admitted to tertiary heart centers was significantly higher compared with survival in patients admitted to nontertiary hospitals even after adjustment for known risk markers including pre-arrest co-morbidity. We found that the adjusted odds of predefined markers of level-of-care differed in both the acute phase after admission, during the intensive care admission and in the workup prior to hospital discharge. The odds of admission to an intensive care unit was 1.8 for patients admitted to a tertiary heart centre. During the intensive care admission the odds of a temporay pacemaker was 6.4, use of vasoactive agents 1.5, acute and late coronary angiography was 10 and 3.8 respectively, neurophysiological examination 1.8, brain computed tomography 1.9, whereas no difference in the odds of therapeutic hypothermia was found. Prior to hospital discharge the odds of a consultation by a cardiologist was 8.6, having an echocardiography was 2.9, and survivors more often had an implantable cardioverter defibrillator implanted (odds 2.1) as compared with patients admitted to nontertiary hospitals. END_OF_DOCUMENT_TOKEN_TO_BE_REPLACED
Continue Reading
Author Interviews, Biomarkers, Heart Disease / 18.05.2015

MedicalResearch.com Interview with: Dr Pascal Stammet Dépt. Anesthésie-Réanimation Centre Hospitalier de Luxembourg Luxembourg MedicalResearch: What is the background for this study? What are the main findings? Dr Stammet: Patients hospitalized after an out-of-hospital cardiac arrest (OHCA) survive in about fifty percent and nine out of ten survivors have a good functional level six months after the arrest. However, in the early days after the cardiac arrest it is difficult to distinguish those who will survive from those who have very severe brain damage, not compatible with life. Biomarkers, like neuron specific enolase (NSE) have shown a prognostic value for outcome prediction. As a consequence of the widespread use of induced hypothermia, to improve survival and neurological function, for patients resuscitated form cardiac arrest, concerns have arisen about the impact of body temperature on previously published cut-off values for poor outcome. NSE has thus been questioned as a useful clinical tool. Recently, the Target Temperature Management trial (TTM-trial) published in November 2013 in the NEJM has shown no benefit of a target body temperature of 33°C over 36°C in patients with out-of-hospital cardiac arrest admitted to the ICU. In the present sub-study, we have analyzed the value of NSE to predict outcome in a cohort of 686 patients of the TTM-trial. Importantly, serial measurements of NSE at 24, 48 and 72 hours allowed accurate outcome prediction, with better performance than clinical and peri-arrest data alone. NSE did not significantly differ between temperature groups meaning that clinicians can use NSE as an adjunct prognostic tool regardless of the chosen temperature management strategy. END_OF_DOCUMENT_TOKEN_TO_BE_REPLACED
Continue Reading
Author Interviews, Heart Disease / 28.11.2014

MedicalResearch.com Interview with: Siobhan Brown, Ph.D. Biostatistician, ROC Clinical Trials Center University of Washington Medical Research: What is the background for this study? What are the main findings? Dr. Brown: There are several observational studies suggesting that patients with out-of-hospital cardiac arrest may be more likely to survive to hospital discharge when emergency medical service provides do not pause for ventilations while performing CPR (i.e., give continuous compressions); however, the American Heart Association recommends that rescuers pause after each 30 compression to give two ventilations (interrupted compressions). We designed and are conducting a randomized clinical trial comparing the two approaches to see which results in better survival. The trial is still ongoing, so watch for results in late 2015! END_OF_DOCUMENT_TOKEN_TO_BE_REPLACED
Continue Reading
Author Interviews, Gender Differences, Heart Disease / 04.09.2014

MedicalResearch.com Interview with: Mads Wissenberg, MD Department of Cardiology Gentofte Hospital, University of Copenhagen Niels Andersens Vej 65 2900 Hellerup, Denmark Post 635 MedicalResearch.com: What are the main findings of the study? Answer: Our main findings from this nationwide study are that during a 10-year period where several national initiatives were taken to increase bystander CPR and improve advanced care, bystander CPR increased more than a two-fold from 21 % in 2001 to 45% in 2010. In the same period survival on arrival at the hospital increased more than a two-fold from 8% in 2001 to 22% in 2010, and 30-day survival more than a three-fold from 3.5% in 2001 to 11% in 2010. END_OF_DOCUMENT_TOKEN_TO_BE_REPLACED
Continue Reading
Anesthesiology, Author Interviews, Heart Disease, University of Michigan / 01.05.2013

Predictors of Survival from Perioperative Cardiopulmonary Arrests: A Retrospective Analysis of 2,524 Events from the Get With The Guidelines-Resuscitation Registry