Americans Spent As Much on Illegal Drugs as on Alcohol 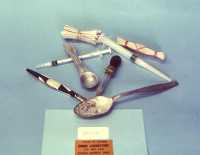 MedicalResearch.com Interview with: Greg Midgette, PhD Assistant Professor Department of Criminology and Criminal Justice University of Maryland MedicalResearch.com: What is the background for this study? Response: This report estimates marijuana, cocaine, heroin, and methamphetamine use in the U.S. between 2006 and 2016 on three dimensions: the number of past-month chronic users per year, where "chronic" has previously been defined as consuming the drug at least four days in the past month, expenditure per drug among those users, and consumption of each drug. These measures are meant to aid the public and policy makers' understanding of changes in drug use, outcomes, and policies.   END_OF_DOCUMENT_TOKEN_TO_BE_REPLACED
Continue Reading
Author Interviews, JAMA, Opiods / 28.04.2019 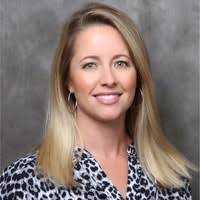 MedicalResearch.com Interview with: Leah LaRue, PharmD, PMP Associate Director, Clinical Affairs Millennium Health MedicalResearch.com: What is the background for this study? Response: Drug overdose deaths continue to increase, despite the leveling off of prescription opioid use and policy changes limiting opioid prescribing. While fentanyl has garnered most of the attention, overdose deaths involving cocaine and methamphetamine also have increased markedly over the past few years. It is possible that those increases are due not just to those drugs, but to concomitant use with fentanyl. To better understand what is causing this rapid increase in overdose deaths, it is important to characterize the emerging combination of other illicit drugs with fentanyl, which increases the risk of overdose. The purpose of this study was to determine whether rates of the combination of nonprescribed fentanyl with cocaine or methamphetamine have changed in urine drug test (UDT) results through time. END_OF_DOCUMENT_TOKEN_TO_BE_REPLACED
Continue Reading
Addiction, Author Interviews, Cocaine, Opiods, Primary Care / 03.01.2019 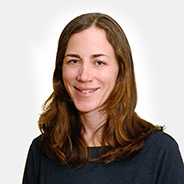 MedicalResearch.com Interview with: Sarah M. Bagley MD, MSc Assistant Professor of Medicine and Pediatrics Director, CATALYST Clinic Boston University School of Medicine/Boston Medical Center Boston, MA MedicalResearch.com: What is the background for this study? What are the main findings? Response: Urine drug testing is a routine part of the management of primary care patients with opioid use disorder treated with medications such as buprenorphine. In addition, most providers also ask patients about recent drug use. The point of this study was to see the agreement between the urine drug testing and what patients told a nurse and whether that changed the longer a patient was in treatment. We found that truthful disclosure of opioid and cocaine use increased with time in treatment and that urine drug tests are a useful tool to monitor patients.  END_OF_DOCUMENT_TOKEN_TO_BE_REPLACED
Continue Reading
Addiction, Author Interviews, Cocaine / 08.08.2018 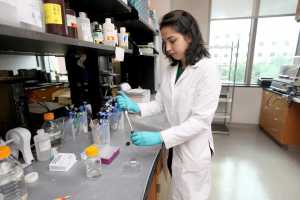 MedicalResearch.com Interview with: Ana-Clara Bobadilla, Ph.D. Postdoctoral scholar in the laboratory of Peter Kalivas, Ph.D MUSC  MedicalResearch.com: What is the background for this study? What are the main findings?  Response: The Brain-derived neurotrophic factor (BDNF) is a growth factor that has well-described effects in the survival, growth and differentiation of neurons during development of the central nervous system, but it also maintains a role during adulthood in learning, memory and various disorders such as addiction. Several clinical studies show increased BDNF levels in the serum of cocaine- or alcohol-dependent patients compared to controls (D’Sa et al., 2011; D’Sa et al., 2012). In preclinical research, a wealth of studies shows that chronic exposure to drugs of abuse impacts BDNF expression in different parts of the brain, including the main regions comprised in the reward circuitry, the cortex and the nucleus accumbens (for a comprehensive review, see Li & Wolf, 2015). Conversely, altering BDNF expression or transmission has profound effects on the response of the brain to drugs (see McGinty et al., 2010). Importantly, BDNF effects are often region-specific, meaning that an increase in BDNF expression in one region can decrease the effects of drug exposure in the brain while the same increase in another region can have opposite effects (Li et al., 2013). Because BDNF transmission can modify the expression of a wide range of genes leading to long-term modifications, numerous studies administer BDNF early in the drug exposure protocol and focus on the long-term changes induced by the growth factor. In this study, we microinjected BDNF directly in the nucleus accumbens minutes before measuring cocaine craving in a well-known rodent model of relapse. We found that BDNF induces a robust decrease in craving that lasts for at least 3 days post-treatment. The inhibitory effect of BDNF is not seen when animals are tested for sucrose, a very strong reward for rats, suggesting that this effect is specific to cocaine. Moreover, cocaine craving is only decreased when BDNF is microinjected before the craving test, but has no effect when injected a day before the craving test or in the home cage, indicating a time-specificity in addition to the region-specificity previously described.  END_OF_DOCUMENT_TOKEN_TO_BE_REPLACED
Continue Reading
Author Interviews, Cocaine, Gastrointestinal Disease, PLoS, Surgical Research, Vanderbilt, Weight Research / 27.07.2018 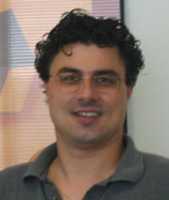 MedicalResearch.com Interview with: Aurelio Galli, Ph.D. Professor of Molecular Physiology & Biophysics and Psychiatry & Behavioral Science Associate Director for Research Strategy Vanderbilt Brain Institute MedicalResearch.com: What is the background for this study? What are the main findings? Response: The study builds on evidence that bile acids influence the brain’s reward system. Bile acids are normally released from the gall bladder into the upper part of the small intestine, where they emulsify fats for absorption, before being recycled further down the small intestine. In bile diversion surgery, an experimental treatment for weight loss, bile is released at the end of the small intestine, increasing the amount of bile acids that enter the general circulation. Mice treated with this surgery have less appetite for high-fat foods, which suggests that bile acids affect brain reward pathways. We demonstrated that mice receiving the surgery also showed less preference for the cocaine-associated chamber, indicating that cocaine was probably less rewarding. END_OF_DOCUMENT_TOKEN_TO_BE_REPLACED
Continue Reading
Addiction, Author Interviews, Cocaine, Genetic Research / 17.07.2018

Gene Deficit May Give Immunity to Effects of Cocaine 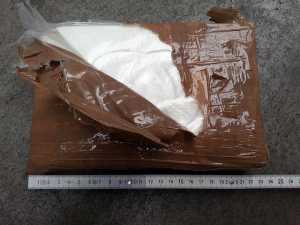 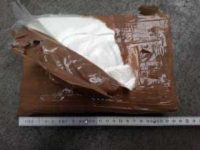 MedicalResearch.com: What is the background for this study? What are the main findings?  Response: Drug addiction is a chronically relapsing neuropsychiatric disease that affects 15.5 million people in Europe at a cost of 65.7 billion euros per year. All addictive drugs have in common to cause an artificial increase in the release of a neurotransmitter called dopamine, a very basic effect that can be found in all studied animal species from the fly to the man. The release of dopamine takes place in a region of the brain called the ventral striatum, or Nucleus Accumbens (NAc), which is directly involved in reward and reinforcement processes. An excess of dopamine release by the dopaminergic neurons projecting to the NAc from the Ventral Tegmental Area (VTA) triggers long-term changes in the brain, which can lead to addiction. Cocaine is a prototypical addictive drug, since it is heavely abused in Western societies and extensively studied in animal models as well as humans. We discovered that mice lacking the Maged1 gene showed a marked decrease in cocaine-elicited release of dopamine in the NAc and were entirely unresponsive to cocaine at behavioral level. In fact, they did not show any behavioral reaction normally observed after cocaine treatment, such as cocaine-elicited hyperlocomotion, sensitization (an increased effect of the drug following repeated administrations) or addictive behaviors, such as increased preference for places where the animal expects to obtain a cocaine reward or cocaine self-administration. In a subsequent set of experiments, the researchers tried to identify what brain regions are responsible for Maged1 influence on cocaine effects and found that Maged1 expression is specifically required in the prefrontal cortex, and not in the neurons producing dopamine in the VTA, for the development of cocaine sensitization and dopamine release.  END_OF_DOCUMENT_TOKEN_TO_BE_REPLACED
Continue Reading
Author Interviews, Cocaine / 27.12.2017 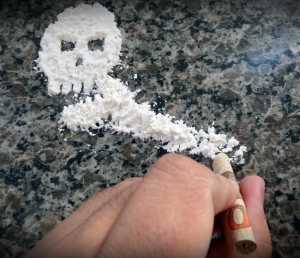 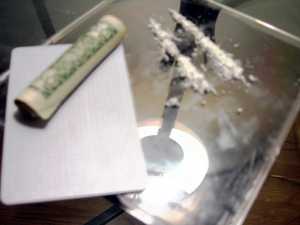 Dr. Dave Thomas PhD Health Scientist Administrator National Institute on Drug Abuse  MedicalResearch.com: What is the background for this study? What are the main findings? Response: At the National Institute on Drug Abuse, we support research on all forms of drug use, and are aware that cocaine misuse is on the rise.  We are aware that various forms of drug use can have greater prevalence by race, sex, age and other population characteristics. The main finding of this paper is that cocaine overdose rates are on the rise and that that the group hit hardest is the non-Hispanic black population. END_OF_DOCUMENT_TOKEN_TO_BE_REPLACED
Continue Reading
Author Interviews, Cocaine, McGill / 24.05.2017

MedicalResearch.com Interview with: Marco Leyton, Ph.D. Professor, Department of Psychiatry McGill University MedicalResearch.com: What is the background for this study? What are the main findings? Response: Drug-related cues are potent triggers for eliciting conscious and unconscious desire for the drug. In people with severe substance use disorders, these cues also activate dopamine release in the dorsal striatum, a brain region thought to be involved in hard-to-break habits and compulsions. In the present study we found evidence that drug cues also activate this same dopamine response in non-dependent ‘recreational’ cocaine users. END_OF_DOCUMENT_TOKEN_TO_BE_REPLACED
Continue Reading
Author Interviews, Cocaine / 01.09.2016

MedicalResearch.com Interview with: Dr Stefania Fasano Cardiff University MedicalResearch.com: What is the background for this study? Response: Exposure to drugs of abuse such as cocaine produces intense and long-lasting memories that are critical in the transition from recreational drug-taking to uncontrolled drug use. In the brain, addictive drugs usurp cellular circuits and signalling molecules involved in normal memory processes; hence, these drug-related memories resist extinction and contribute to high rates of relapse. Despite almost five decades of experimental research, there are currently no approved medications for cocaine dependence. END_OF_DOCUMENT_TOKEN_TO_BE_REPLACED
Continue Reading
Author Interviews, Cocaine, Heart Disease / 17.12.2014

Cocaine Chief Cause of Cardiovascular Death In Young People

MedicalResearch.com Interview with: Luis F. Callado M.D., Ph.D. Department of Pharmacology University of the Basque Country CIBERSAM Medical Research: What is the background for this study? What are the main findings? Dr. Callado: Cocaine is the most commonly used illicit stimulant drug in Europe. The use of cocaine has become a major issue for drug policy, with also important health implications, including potentially lethal cardiovascular complications. In this way, several case series have suggested a relationship between cocaine use and cardiovascular diseases in young adults. Furthermore, cocaine use has been also associated with sudden and unexpected death. Our results demonstrate that the recent use of cocaine is the main risk factor for sudden cardiovascular death in persons between 15 and 49 years old. Thus, persons that consumed cocaine recently presented a 4 times higher risk for sudden cardiovascular death than those who did not use cocaine. The morphological substrate of sudden cardiovascular death associated to cocaine use is a structural pathology not diagnosed in life. Usually, sudden death is the first manifestation of the disease. END_OF_DOCUMENT_TOKEN_TO_BE_REPLACED
Continue Reading
Addiction, Author Interviews, Cocaine / 25.09.2013