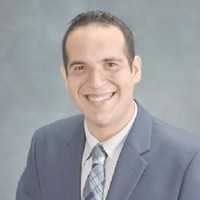 MedicalResearch.com Interview with: Dr. Adan Z. Becerra PhD Senior Epidemiologist for the NIH Social and Scientific Systems Washington, District Of Columbia MedicalResearch.com: What is the background for this study? Response: Previous studies have shown that disparities in insurance coverage by immigration status exist in the United States such that immigrants compared to nonimmigrants are less likely to have insurance. However, most studies have been cross sectional with few studies investigating long term trajectories of insurance coverage over time. We addressed this gap in the literature by following a cohort of adults for 24 years from before until after reaching Medicare age-eligibility. END_OF_DOCUMENT_TOKEN_TO_BE_REPLACED
Continue Reading
Author Interviews, Global Health / 02.07.2019 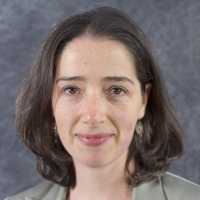 MedicalResearch.com Interview with: Leah Zallman, MD, MPH Assistant Professor of Medicine Harvard Medical School Physician at Cambridge Health Alliance. Director of Research Institute for Community Health MedicalResearch.com: What is the background for this study? Response: In October 2018, the U.S Department of Homeland Security published a proposed change to a longstanding immigration rule. The proposed change would increase the chance of an immigrant being deemed a “public charge”, and increase the chance of being denied legal permanent residency or entry to the United States. Up to now, enrollment in public food, housing and health insurance programs were not counted against immigrants applying for “green cards"; the proposed rule change drastically changes the intent of the rule and newly includes food, housing and health insurance programs as benefits that can be considered counted against immigrants. These proposed changes are expected to cause many immigrant parents to disenroll their families from safety-net programs, largely because of fear and confusion about the rule - even among families to whom the rule does not technically apply. END_OF_DOCUMENT_TOKEN_TO_BE_REPLACED
Continue Reading
Author Interviews, Nutrition, Pediatrics / 12.11.2018

Allison Bovell-Ammon, M.Div. Deputy Director of Policy Strategy Children's HealthWatch MedicalResearch.com: What is the background for this study? Response: Children’s HealthWatch was founded in 1998 by pediatric providers treating children with failure to thrive in six US cities across the country. They began their research on the health impacts of economic hardships like food insecurity in response to the 1996 welfare reform legislation after witnessing deteriorating health among young children in their clinics as a result of welfare sanctions on families. Over the years, the scope of the research has expanded to include research on food insecurity, housing instability, energy insecurity, health care hardships, and child care constraints. Through our current network of pediatricians and public health researchers in five US cities (Boston, Baltimore, Little Rock, Minneapolis, and Philadelphia), we seek to improve the health and well-being of children under age 4 and their families by informing policies that address and alleviate economic hardships. Our ongoing data collection in emergency departments and primary care clinics enables us to rapidly respond to emerging public health issues as policies and economic conditions change. While we have produced other papers and analyses specifically addressing health and economic disparities relevant to immigrant families, we were specifically interested in exploring this topic because the clinicians in our group as well as national media began anecdotally reporting that immigrants were forgoing accessing critical public health programs like SNAP out of fear. END_OF_DOCUMENT_TOKEN_TO_BE_REPLACED
Continue Reading
Accidents & Violence, Author Interviews / 13.02.2017

Study Finds No Link Between Immigration and Crime

MedicalResearch.com Interview with: Robert Adelman PhD Associate professor of sociology University at Albany, SUNY MedicalResearch.com: What is the background for this study? What are the main findings? Response: Our study examines Census and FBI data across four decades from 1970 to 2010. We analyze data for 200 randomly selected U.S. metropolitan areas. Our results show strong and stable evidence that for murder, robbery, burglary, and larceny as immigration increases, on average, in American metropolitan areas, crime decreases. We find no impact of immigration on aggravated assault. END_OF_DOCUMENT_TOKEN_TO_BE_REPLACED
Continue Reading
Author Interviews, CDC, Gastrointestinal Disease, Global Health / 11.09.2016

MedicalResearch.com Interview with: Dr. Matt Goers Internal Medicine Resident at UMN MedicalResearch.com: What is the background for this report? What are the main findings of the evaluations of refugee populations in western Uganda? Response: In 2014, International Organization of Migration (IOM) reported an unusually high number of Congolese refugees in western Uganda had palpable, enlarged spleens detected during their routine refugee pre-departure medical examinations. Due to this trend, the IOM, with the assistance of the Centers for Disease Control and Prevention (CDC), implemented a diagnostic and treatment protocol to further evaluate and assist with management of refugees with splenomegaly during their pre-departure medical examinations. In March and June 2015, a total of 987 U.S.-bound refugees underwent medical examinations performed as part of their routine resettlement process. Of those evaluated, 145 (14.7%) had a detectable spleen on physical examination. In fact, 84.7% (122 people) were found to have marked or massive splenomegaly during their evaluation (classified based on a prior World Health Organization ultrasonography protocol). During the work-up for this condition, less than 33% were found to have an infectious cause of their condition including 26.9% (39 people) who had malaria. END_OF_DOCUMENT_TOKEN_TO_BE_REPLACED
Continue Reading