MedicalResearch.com Interview with: Lukas D. Lopez Doctoral Candidate Psychological Sciences, Developmental Psychology University of California, Merced MedicalResearch.com: What is the background for this study? What are the main findings? Response: "This study is unique because it uses LENA recording devices which are small recording devices that infants wear in the pocket of a vest that record all infant babbles and caregiver responses in the home. We then had trained listeners annotate infant-adult vocal exchanges within sections of those recordings focusing on the specific types of sounds infants made and specific types of adult responses to those sounds. Using this combination of methods is distinctive because it allowed us to capture a more natural picture of a family's language environment in the home context, whereas most research on this topic is conducted in the laboratory. We then related this information to caregivers' reports of their infant's vocabulary. Our study finds that the caregivers who scaffold and elaborate on their infant’s babbling report that their infants can say more words." END_OF_DOCUMENT_TOKEN_TO_BE_REPLACED
Continue Reading
Author Interviews, Pediatrics, Race/Ethnic Diversity / 19.08.2020

MedicalResearch.com Interview with: Anura Ratnasiri PhD Senior Research Scientist (Epidemiology and Biostatistics) Benefits Division Department of Health Care Services Sacramento, CA 95899-7417 MedicalResearch.com: What is the background for this study? Response: Infant mortality rate (IMR) is a widely-reported indicator of population health and is used as a standardized measurement of deaths in the first year of life per thousand live births. While IMR has been steadily declining in the United States, it remains relatively high compared with other developed countries. Even though significant improvements have been made in the quality and access to neonatal and infant care during the past decade, large educational, socioeconomic, racial, ethnic, geographic and behavioral disparities persist, and appear to be responsible for significant differences in IMR among different subgroups. Certain maternal and infant characteristics have important associations with IMR, and this study attempted to quantify major maternal and infant predictors, and trace associated mortality trends during the study period. There were no recent studies on infant mortality using a large data set such as California State. Moreover, gestational age based on obstetric estimates from fetal ultrasound, prepregnancy obesity, and smoking during pregnancy were not available in prior population-based studies in California. END_OF_DOCUMENT_TOKEN_TO_BE_REPLACED
Continue Reading
Author Interviews, Mental Health Research, Pediatrics / 26.03.2020

MedicalResearch.com Interview with: Jillian Hardin, Ph.D. Developmental Psychophysiology Lab Florida Atlantic University MedicalResearch.com: What is the background for this study? Response: Most Kangaroo Care (KC) research examines the procedure’s positive physiological and psychological developmental effects on preterm infants as these infants are separated from their mothers before the end of gestation. However, the aim of our study was to determine whether kangaroo care parent-training and implementation with non-vulnerable, full-term infants provided developmental neurophysiological benefits. END_OF_DOCUMENT_TOKEN_TO_BE_REPLACED
Continue Reading
Author Interviews, CDC, Pediatrics, Sleep Disorders / 23.04.2019

Soft Bedding such as Blankets and Pillows Can Suffocate Babies

Group B Streptococcus Remain Significant Threat to US Infants 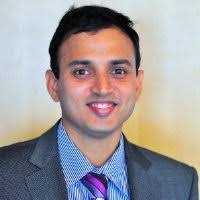 MedicalResearch.com Interview with: Dr. Srinivas Acharya Nanduri, MBBS, MD, MPH Respiratory Diseases Branch, National Center for Immunizations and Respiratory Diseases Centers for Disease Control and Prevention Roybal Campus Atlanta, GA 3033 MedicalResearch.com: What is the background for this study? Response: Group B Streptococcus (GBS) is a leading cause of serious illness such as meningitis and sepsis in infants. Among infants, there are two main types of GBS disease. Early-onset GBS disease occurs during the first week of life and late-onset GBS disease occurs from the first week through three months of life. Rates of early-onset disease in the United States have decreased significantly since the 1990s through widespread implementation of intrapartum antibiotic prophylaxis (IAP) guidelines. However, IAP does not prevent late-onset disease. Maternal immunization represents a nonantibiotic strategy to prevent both early and late-onset disease. Multivalent polysaccharide-protein conjugate vaccines are under development against GBS capsular types, with candidate vaccines in phase I and II trials. Active Bacterial Core surveillance (ABCs) conducts active surveillance for early and late-onset GBS disease among infants in select counties of 10 states, covering about 10% of live births across the United States. We analyzed data from early and late-onset GBS cases identified from ABCs between 2006 and 2015 to describe their epidemiology, incidence trends, and associated strain characteristics. END_OF_DOCUMENT_TOKEN_TO_BE_REPLACED
Continue Reading
Author Interviews, Critical Care - Intensive Care - ICUs, JAMA, Pediatrics, Pulmonary Disease / 15.12.2016

Interventions to Improve Rate of Successful Extubation in Preterm Infants

MedicalResearch.com Interview with: Kristin N. Ferguson, BSc The Royal Women’s Hospital and Deakin University Melbourne, Victoria, Australia MedicalResearch.com: What is the background for this study? Response: Weaning preterm infants from mechanical ventilation, thereby minimising the risks of having an endotracheal tube in situ which may further damage their fragile lungs, is something all neonatal clinicians are keen to do. We provide clinicians with a straightforward list of safe and effective strategies to help them in this task, as well as pointing out some treatments to either avoid or use with caution. END_OF_DOCUMENT_TOKEN_TO_BE_REPLACED
Continue Reading
Author Interviews, JAMA, Pediatrics / 26.12.2014

MedicalResearch.com Interview with: Seetha Shankaran MD Director, Neonatal-Perinatal Medicne Children's Hospital of Michigan and Hutzel Women's Hospital Detroit, MI Medical Research: What is the background for this study? What are the main findings? Dr. Shankaran: The background for this study is that term newborn infants born following lack of blood flow and oxygen to the brain are at high risk for death or disability, including motor and developmental handicaps. Hypothermia (lowering the core body temperature to 33-34°C for 72 hours has been shown to decrease the rate of death or disability to 44 to 55%. Hypothermia is currently the only proven therapy to reduce these devastating outcomes. The hypothermia therapy provided to term newborns was based on laboratory experiments that demonstrated that in animal models subjected to hypoxia and ischemia, cooling reduced brain injury. In the NICHD Neonatal Research Network (a group of academic centers across the US), in 2005 we reported the first trial of whole-body cooling to 33.5°C for 72 hours and noted a reduction in death or disability in infancy. When the infants in the study where followed to childhood, we noted that this reduction in death or disability continued to childhood. Recent laboratory experiments have demonstrated that brain injury continues for days or weeks after the hypoxic-ischemic injury. Other laboratory experiments noted that cooling for a greater depth than 33-34°C (as long as the temperature does not decrease much lower) can reduce brain injury further. Based on this information, in the NICHD Neonatal Research Network we designed a study, among term infants with moderate or severe encephalopathy to compare longer cooling and deeper cooling to see if death or disability can be reduced. Term infants with moderate or severe encephalopathy were randomly assigned at <6 hours of age to 4 groups of therapy; 33.5°C for 72 hours, 32.0°C for 72 hours, 33.5°C for 120 hours and 32.0°C for 120 hours. The goal was to compare death or disability rates between the 2 durations of cooling (72 hours vs. 120 hours) and 2 depths of cooling (33.5 C vs. 32.0°C) and was designed to recruit 726 infants. A independent data safety and monitoring committee was appointed by the director of NICHD to monitor safety events after the first 50 infants were enrolled and then following the enrollment of every 25 infants. The safety events monitored included mortality in the neonatal intensive care unit (NICU), cardiac arrhythmia, persistent acidosis and major vessel bleeding or thrombosis. The study was started in October 2010. Medical Research: What is the background for this study? What are the main findings? Dr. Shankaran: In November 2013 the study was closed by the data safety and monitoring committee after 8 reviews of study data, following recruitment of 364 neonates because of emerging safety concerns as well as futility analyses. The NICU death rates were 7% (7 of 95) for the 33.5°C for 72 hour group, 14% (13 of 90) for the 32.0°C for 72hr group, 16% (15 of 96) in the 33.5°C for 120 hour group and 17% for the 32.0°C for 120 hour group. The adjusted risk ratio (95% CI) for death for the 120 hour vs. the 72 hour was not significantly different 1.37 (0.92-2.04) nor was it significantly different for the 32.0°C group compared to the 33.5°C group 1.24 (0.69-2.25). The safety outcomes were similar between the 120 vs. 72 hour groups and the 32.0°C vs. the 33.5°C groups, except that major bleeding occurred among 1% in the 120 group vs. 3% in the 72 hours group, RR 0.25 (0.07-0.91). Futility analyses noted that the probability of detecting benefit of longer cooling, deeper cooling or both for death in the NICU was <2%. The follow -up of infants enrolled into the study for 18 months is on-going. END_OF_DOCUMENT_TOKEN_TO_BE_REPLACED
Continue Reading
Author Interviews, Mental Health Research, Pediatrics / 29.06.2014

MedicalResearch.com Interview with: Johanna Petzoldt Institute of Clinical Psychology and Psychotherapy Chemnitzer Straße Dresden, Germany MedicalResearch: What are the main findings of the study? Answer: We investigated 286 mother-infant couples from the Maternal Anxiety in Relation to Infant Development (MARI) Study from Dresden (Germany) via standardized interview and questionnaire. We found a robust relation from maternal lifetime anxiety disorders as early as prior to pregnancy to excessive crying in the offspring. Also, the association increased when considering incident anxiety disorders during pregnancy and after delivery. END_OF_DOCUMENT_TOKEN_TO_BE_REPLACED
Continue Reading