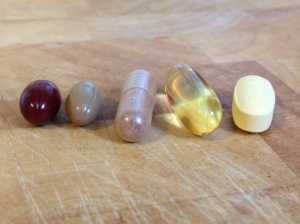 MedicalResearch.com Interview with: Lee Hooper PhD, RD Reader in Research Synthesis, Nutrition & Hydration Norwich Medical School University of East Anglia England, UK MedicalResearch.com: What is the background for this study? Response: The World Health Organization asked us to carry out a set of studies (systematic reviews of randomised controlled trials) assessing health effects of omega-3 and omega-6, which are polyunsaturated fats. This is because the WHO are planning to update their dietary guidance on fats in the near future. Worries about effects of long chain omega-3 on control of diabetes have long existed, and some experimental studies have suggested that omega-3 supplementation and diets high in PUFA and omega-3 raise fasting glucose. Pollutants such as methylmercury and polychlorinated biphenyl levels exceeding recommended thresholds are rarer now, but have been reported in seafoods and fish oil supplements; elevated mercury levels interrupt insulin signalling, raising fasting glucose, in mouse models. Body concentrations of organic pollutants are correlated with prevalence of diabetes in the US, but other cross sectional studies have suggested either no association with or benefits of eating fish on glycaemic control. Systematic reviews of observational studies have suggested both positive and negative associations with glucose metabolism, but strong evidence shows that omega-3 supplements reduce raised triglycerides and have little or no effect on body weight. Theories suggest that omega-3 and omega-6 fats compete in some metabolic pathways so that the omega-3/omega-6 ratio is more important than absolute intakes of either.  END_OF_DOCUMENT_TOKEN_TO_BE_REPLACED
Continue Reading
AHA Journals, Author Interviews, Brigham & Women's - Harvard, Heart Disease, Omega-3 Fatty Acids / 02.08.2016

MedicalResearch.com Interview with: Raymond Y. Kwong, MD MPH Director of Cardiac Magnetic Resonance Imaging Associate Professor of Medicine Harvard Medical School MedicalResearch.com: What is the background for this study? Response: In the past several decades, Omega-3 fatty acids (O3FA) primarily from fish oil have been reported to have many beneficial effects, either directly on the heart or through other effects that indirectly help the heart. However, when it was tested on patients who suffered an acute heart attack by looking at whether patients can live longer by taking omega-3 fatty acids early after the heart attack, there has been some conflicting data in some of the large clinical trials. There are several major factors that inspired the designs of the current OMEGA-REMODEL study: a) Over recent years, many highly effective treatments to improve the survival of heart attack victims have become routine. b) The studies in the past used a relatively lower dose of  Omega-3 fatty acids (1g per day). c) Some have also raised the question whether just patient mortality should be the only/best way we should considered in assessing new treatments for heart attack patients. d) Cardiac remodeling: after a heart attack, heart muscle not damaged by the initial heart attack insult has to overwork to compensate for the damage from the heart attack. Over time scarring may form in the overworked heart muscle, in addition to weakened heart function, may lead to the heart to fail. e)New imaging method: a MRI of the heart, can precisely determine the heart function and the amount of scarring of the overworked heart muscle not damaged from the heart attack. END_OF_DOCUMENT_TOKEN_TO_BE_REPLACED
Continue Reading
Author Interviews, Diabetes, Heart Disease, Nutrition, Omega-3 Fatty Acids / 22.10.2013

Researcher, Department of Clinical Science University of Bergen, Norway MedicalResearch.com: What are the main findings of this study? Answer: The main findings in this prospective observational cohort study among patients with established coronary artery disease were that a very high intake of omega-3 fatty acids was associated with a reduced risk of acute myocardial infarction in patients with diabetes, but with an increased risk of fatal acute myocardial infarction and with lower glycosylated hemoglobin in those without impaired glucose metabolism. END_OF_DOCUMENT_TOKEN_TO_BE_REPLACED
Continue Reading
Author Interviews, Fish, General Medicine, Rheumatology / 16.08.2013

MedicalResearch.com Interview with: Daniela Di Giuseppe Division of Nutritional Epidemiology Institute of Environmental Medicine Karolinska Institutet Stockholm 171 77, Sweden MedicalResearch.com: What are the main findings of the study? Answer: Women whose long-term intake of omega 3 PUFAs exceeded 0.21 g a day, equivalent to at least one serving of fatty fish or four servings of lean fish a week, had half the risk (52% lower) of rheumatoid arthritis of women who consumed less. END_OF_DOCUMENT_TOKEN_TO_BE_REPLACED
Continue Reading
JAMA, Macular Degeneration, Ophthalmology / 10.05.2013

MedicalResearch.com eInterview with: Emily Y. Chew, MD Division of Epidemiology and Clinical Applications National Eye Institute (NEI)/National Institutes of Health (NIH), Bethesda, Maryland MedicalResearch.com: What are the main findings of the study?  Dr. Chew: For patients who have intermediate age-related macular degeneration (AMD) or those with advanced AMD in one eye, we have recommended a mixture of vitamins and minerals (vitamin C, E and beta-carotene, and zinc oxide and cupric oxide), known as Age-Related Eye Disease Study (AREDS) formulation.  We tested the effects of adding carotenoids, lutein/zeaxanthin, or omega-3 fatty acids or both to the AREDS formulation.  Omega-3 fatty acids did not have any effect on AMD.  Addition of lutein/zeaxanthin provided an additional 10% increase in the reduction of progression to advanced AMD.  In persons with the lowest dietary intake of lutein/zeaxanthin, supplementation with lutein/zeaxanthin provided 25% reduction in rates of developing advanced AMD When we tested lutein/zeaxanthin directly against beta-carotene, the risk of progressing to advanced AMD was reduced by 20%. Furthermore, beta-carotene was found to increase the risk of lung cancer.  To improve the safety and efficacy of the AREDS formulation, we would suggest the elimination of beta-carotene and adding lutein/zeaxanthin.  Omega-3 fatty acids added no further benefit. END_OF_DOCUMENT_TOKEN_TO_BE_REPLACED
Continue Reading