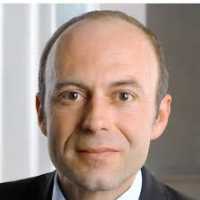 MedicalResearch.com Interview with: Dr. Stephan Weidinger, MD, MaHM Professor of Dermatology Christian-Albrechts-Universit Kiel  MedicalResearch.com: What is the background for this study? What are the main findings? Response: Relatively little is known about the epidemiology and burden of Atopic Dermatitis (AD) in children, adolescents and adults, however, there is increasing evidence that the disease is highly prevalent also in these age groups. Further, very little is known about the disease severity strata. Severity, however, largely defines treatment needs. The EPI-CARE (EPIdemiology of Children with Atopic dermatitis Reporting on their Experience) study was a cross-sectional web-based study of the prevalence and burden of AD in both children and adolescents. It was performed globally across Europe, North America (US, Canada), Latin America (Argentina, Brazil, Colombia, Mexico), Asia (Japan, Taiwan), the Middle East (Israel, Kingdom of Saudi Arabia, Turkey, the United Arab Emirates) and Russia, and used very stringent definitions of AD and the same methodology across age groups. We first analyzed the adolescent data, and it turned out that the prevalence of active Atopic Dermatitis is higher than expected, ranging from 9.29% in the US and 14.7% in Europe. Of note, almost 50% of the adolescents with current AD reported an overall moderate to severe disease activity, and the majority reported a multidimensional burden that includes not only the skin symptoms associated with AD, but also sleep disturbances, symptoms of anxiety/depression, and reductions in quality‐of‐life and productivity. Adolescents also reported a high burden of coexisting atopic diseases that increased with AD severity – 68.6% of those with moderate AD and 81% of those with severe AD reported at least one coexisting atopic disease. atopic dermatitis substantially affects the life of patients and their families, and this burden is higher with greater AD severity. END_OF_DOCUMENT_TOKEN_TO_BE_REPLACED
0 Comments
Continue Reading
Author Interviews, Diabetes, Ophthalmology, Regeneron / 17.05.2019 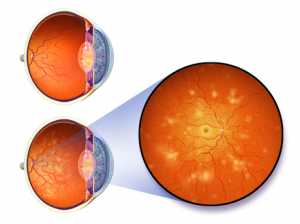 MedicalResearch.com Interview with: Robert L. Vitti, MD, MBA Vice President and Head, Ophthalmology Regeneron Pharmaceuticals Dr. Vitti discusses the recent announcement that the FDA has approved EYLEA to treat all stages of diabetic retinopathy. MedicalResearch.com: Can you provide additional background on this approval? Would you briefly explain diabetic retinopathy and it's impact on patients? Response: The FDA has approved EYLEA (aflibercept) Injection to treat all stages of diabetic retinopathy (DR). DR is the leading cause of blindness among working-aged American adults. Approximately 8 million people live with DR, a complication of diabetes characterized by damage to the blood vessels in the retina (per 2010 data). The disease generally starts as non-proliferative diabetic retinopathy (NPDR) and often has no warning signs or symptoms. Over time, NPDR often progresses to proliferative diabetic retinopathy (PDR), a stage in which abnormal blood vessels grow on the surface of the retina and into the vitreous cavity, potentially causing severe vision loss. END_OF_DOCUMENT_TOKEN_TO_BE_REPLACED
0 Comments
Continue Reading
Asthma, Author Interviews, FDA, Regeneron / 31.10.2018

Neil Graham,  M.B.B.S., M.D., M.P.H VP of Immunology & Inflammation Regeneron MedicalResearch.com: What is the background for this announcement?  Response: Patients with moderate-to-severe asthma often have uncontrolled, persistent symptoms despite standard-of-care therapy that may make them suitable for treatment with a biologic therapy. They live with coughing, wheezing and difficulty breathing, and are at risk of severe asthma attacks that may require emergency room visits or hospitalizations. [i],[ii] Oral corticosteroids can provide relief for severe, short-term symptoms. However, their chronic use is limited to the most severe patients due to the potential for serious side effects. [iii],[iv] A particular type of inflammation contributes to the cause of uncontrolled symptoms in multiple inflammatory diseases such as asthma and atopic dermatitis.[v] Dupixent is a medicine that inhibits the overactive signaling of interleukin-4 (IL-4) and interleukin-13 (IL-13), two key proteins that contribute to this type of inflammation. This inhibits cytokine-induced inflammatory responses, including the release of proinflammatory cytokines, chemokines, nitric oxide, and IgE; however, the mechanism of action of Dupixent in asthma has not been definitively established. END_OF_DOCUMENT_TOKEN_TO_BE_REPLACED
0 Comments
Continue Reading
Author Interviews, Lipids, Sanofi / 29.11.2017

MedicalResearch.com Interview with: Dr. Jay Edelberg MD, PhD VP Head of CV Development and Head Global CV Medical Affairs Sanofi MedicalResearch.com: What is the background for this study? What are the main findings? Response: Clinical trials of lipid-lowering therapies (LLTs), including statins, often report variations in treatment response regarding effects on low density-lipoprotein cholesterol (LDL-C) levels, although LDL-C reductions are fairly consistent between trials. Praluent is generally well tolerated, however hyporesponsiveness exists in few patients. Potential causes for variation in patient responsiveness to Praluent include lack of receipt of active study drug, changes in concurrent LLTs, inaccurate or unrepresentative baseline lipid levels, concurrent acute-phase illness, and biological nonresponsiveness. This analysis evaluated patients pooled from 10 ODYSSEY trials to assess characteristics of patients with hyporesponsiveness to Praluent, defined as <15% LDL-C reduction from baseline at all analyzed time points. Overall, only 1% of patients (n=33) had <15% LDL-C reduction at all time points. Prolonged hyporesponsiveness to Praluent was rarely associated with Praluent antidrug antibodies. Of the 33 patients with <15% LDL-C reduction at all study timepoints, 27 had undetectable or missing alirocumab levels, absence of pharmacokinetics analyses, or early treatment discontinuation. END_OF_DOCUMENT_TOKEN_TO_BE_REPLACED
0 Comments
Continue Reading