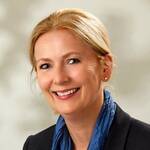 MedicalResearch.com Interview with: Nathalie Franchimont, M.D., Ph.D. Senior Vice President, Head of Multiple Sclerosis and Immunology Head of the Multiple Sclerosis and Immunology Development Unit Biogen MedicalResearch.com: What is the background for this study? What are the main findings? Response: Systemic lupus erythematosus (SLE) is a chronic autoimmune disease that affects multiple organ systems. Rash and arthritis are among the most frequent manifestations of the disease and severe organ damage can also occur especially when organs like the kidney are affected. Litifilimab (known as BIIB059) is a monoclonal antibody being studied for the potential treatment of SLE and cutaneous lupus erythematosus (CLE). The Phase 2 LILAC study evaluated litifilimab versus placebo in two parts: Part A in participants who have SLE with active joint and skin manifestations; and Part B in participants with active CLE, including chronic and subacute subtypes, with or without other organ involvement. Results from the SLE portion of the study (Part A) show litifilimab met the study’s primary endpoint by significantly reducing total active joint count compared to placebo. Total active joint count was defined as the total number of tender or swollen joints. Litifilimab was generally well tolerated, with most reported adverse events (AEs) rated as mild or moderate. Note, this Phase 2 trial was not powered to assess secondary endpoints. Based on these positive Phase 2 results, Biogen is currently enrolling participants into the Phase 3 TOPAZ-1 and TOPAZ-2 studies, which will evaluate the efficacy and safety of litifilimab in participants with active SLE worldwide. Part B results from LILAC were published separately in NEJM on July 28, 2022 and expand the body of evidence supporting litifilimab as a potential first-in-class therapy for cutaneous lupus erythematosus in addition to SLE. END_OF_DOCUMENT_TOKEN_TO_BE_REPLACED
Continue Reading
Author Interviews, Kidney Disease, Rheumatology / 24.01.2022

Stephen Connelly, PhD Co-founder & Chief Scientific Officer Equillium, Inc. San Diego, California MedicalResearch.com:  What is the background for this study?    Response: Systemic lupus erythematosus (SLE) is a chronic autoimmune inflammatory disease that predominantly affects women in the reproductive age range. Approximately 50% of SLE patients experience lupus nephritis (LN), a serious complication that is accompanied by significant morbidity and mortality. Progression of LN to chronic kidney disease is common, with 10% of patients with LN developing end-stage kidney disease. T cells, play a central role in the pathogenesis of both SLE and LN by mediating tissue damage and enhancing the production of autoantibodies by promoting B cell differentiation, proliferation, and maturation. These T cells express CD6, a costimulatory receptor that through its binding to activated leukocyte cell adhesion molecule (ALCAM), expressed on immune cells and tissues, modulates both the activity and trafficking of effector T cells (Teff). The expression of both CD6 and ALCAM (CD6-ALCAM pathway) have been associated with pathogenic effector T cell activity and trafficking in multiple autoimmune and inflammatory diseases. Based on a comprehensive screen of more than 1100 urine proteins, soluble urinary ALCAM (uALCAM) was identified as one of only a few molecules that were elevated in the urine of patients with SLE with active renal involvement compared with patients with quiescent or no prior nephritis. However, no studies had been conducted to characterize the cellular sources of the soluble ALCAM and questions remained about the relevance of this protein and whether it was associated with the pathology of the disease. END_OF_DOCUMENT_TOKEN_TO_BE_REPLACED
Continue Reading
Author Interviews, NYU, Race/Ethnic Diversity, Rheumatology / 21.01.2021

Lupus Affects Women and Minorities More Than Other Groups

MedicalResearch.com Interview with: Peter Izmirly, M.D. Associate Professor of Medicine, NYU School of Medicine Director of Inpatient Rheumatology, Bellevue Hospital Center co-Director, NYU-Hospital for Joint Diseases Lupus Clinic Research Office Address: NYU School of Medicine New York, NY 10016  MedicalResearch.com: What is the background for this study? What are the main findings? Response: Knowing how many people have systemic lupus erythematosus (SLE) is limited, particularly for racial/ethnic subgroups in the United States. Our work provides accurate estimates of who has  (SLE) among the major racial/ethnic groups in the United States and that our estimates for SLE approach the FDA’s definition or a rare disease. END_OF_DOCUMENT_TOKEN_TO_BE_REPLACED
Continue Reading
Author Interviews, Biogen, Rheumatology / 06.07.2020 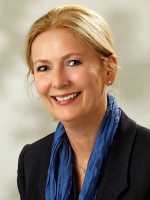 MedicalResearch.com Interview with: Nathalie Franchimont, M.D., Ph.D. Vice President Multiple Sclerosis and Immunology Development Unit Biogen MedicalResearch.com: What is the background for this study? Response: BIIB059 is an investigational fully humanized IgG1 monoclonal antibody (mAb) targeting blood dendritic cell antigen 2 (BDCA2) expressed on plasmacytoid dendritic cells (pDCs), a protein present in specific cells within the immune system. An antibody against BDCA2 may potentially interrupt production of interferons, which are inflammatory molecules that are increased in patients with lupus and thought to contribute to disease activity. The LILAC study is two-part, Phase 2, randomized, double-blind trial investigating the efficacy and safety of BIIB059 in patients with cutaneous lupus erythematosus (CLE) and systemic lupus erythematosus (SLE). Data from the CLE portion of the study were recently presented at the European E-Congress of Rheumatology (EULAR) 2020, which was held virtually from June 3-6, 2020. Overall, study participants with CLE who received BIIB059 demonstrated statistically significant reduction of disease activity compared to those who received placebo, as assessed by the Cutaneous Lupus Erythematosus Disease Area and Severity Index Activity (CLASI-A) score. The results were encouraging and it warrants continued evaluation of BIIB059 in patients with CLE. Cutaneous lupus erythematosus is a chronic autoimmune disease wherein the body’s immune system attacks healthy skin, often causing rashes and skin lesions which can be painful or itchy. There is substantial unmet medical need for people with lupus given the limited number of treatment options available to manage this difficult-to-treat and chronic disease. Ultimately, we are motivated by the possibility of bringing potential new treatment options to lupus patients in need. END_OF_DOCUMENT_TOKEN_TO_BE_REPLACED
Continue Reading
AstraZeneca, Author Interviews, Rheumatology / 11.06.2020

MedicalResearch.com Interview with: Richard Alan Furie, MD Professor, Center for Autoimmune, Musculoskeletal and Hematopoietic Diseases Feinstein Institutes for Medical Research Chief, Division of Rheumatology, Northwell Health Professor of Medicine, Donald and Barbara Zucker School of Medicine Hofstra/Northwell MedicalResearch.com: What is the background for this study? Response: It has been known for decades that type I interferons play a role in SLE pathogenesis, and therefore the burning question has been whether inhibitors of these pro-inflammatory cytokines would reduce SLE disease activity and could be used as a therapeutic.  There are several strategies for inhibiting the type I interferon pathway, but a conventional approach is to create an antibody against the target protein. The first few clinical trials in SLE evaluated monoclonal antibodies to alpha interferon.  Results were modest at best.  Since this approach only inhibited one (alpha) of five type I interferon subtypes, there were still four subtypes unaffected that could provoke inflammation.  A rather crucial piece of information is that all five subtypes bind to the same receptor.  Therefore, if the receptor is blocked as opposed to a single cytokine, the entire type I interferon family of proteins would be prevented from binding the receptor. This was accomplished with anifrolumab. The phase 2 study in SLE (known as MUSE), which yielded very robust results, was reported several years ago.  It served as a foundation for the phase 3 program, which consisted of two pivotal studies known as TULIP-1 and TULIP-2. Both studies were reported at the 2019 American College of Rheumatology meeting in November, 2019.  Although TULIP-1 did not achieve the primary endpoint, several secondary endpoints were met.  TULIP-2 was successful.  Between all three studies, approximately 1000 patients were enrolled.  Taking advantage of these large numbers, additional analyses of the combined datasets afforded our ability to answer questions about the effects of anifrolumab that were not previously addressed with greater power. In the narrative that accompanied my presentation, I stated “In lupus, disease activity begets damage, and damage begets more damage.  The long-term sequelae of heightened disease activity, better known as flare, are significant.  Regardless of how flare is defined or measured, a major goal is to prevent flare. It is quite justified to think a drug that reduces lupus disease activity should also prevent flares. Well, the proof is in the pudding. In this analysis, we evaluated the effects of anifrolumab on flares.  Recall that anifrolumab targets the type I interferon receptor, blocking all 5 type I subtypes.  The phase 2 MUSE study yielded robust results as did the phase 3 TULIP-2 study.  While, the phase 3 TULIP-1 study did not achieve its primary endpoint, many secondary endpoints showed benefit. In this study, we focused on flare, and examined TULIP-1 and 2 individually as well as pooled data from both studies.”  END_OF_DOCUMENT_TOKEN_TO_BE_REPLACED
Continue Reading
Author Interviews, Rheumatology / 22.11.2019 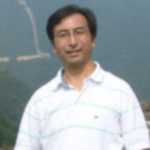 MedicalResearch.com Interview with: Professor Jianmin Fang, Ph.D. Founder, CEO & CSO RemeGen MedicalResearch.com: What is the background for this study? Response: Systemic lupus erythematosus (SLE), known more commonly as lupus, is a chronic autoimmune disease in which the immune system mistakenly attacks healthy tissue. SLE can affect tissues like the skin, joints, kidneys, brain and other organs, resulting in a wide variety of signs and symptoms. With limited treatment options for lupus and the significant unmet medical needs in the treatment of autoimmune diseases, the Phase 2b study evaluated the efficacy and safety of subcutaneous RC18 (telitacicept), a potential new medicine for the treatment of systemic lupus erythematosus (SLE) versus a placebo in combination with standard therapy in patients with SLE at 48 weeks. END_OF_DOCUMENT_TOKEN_TO_BE_REPLACED
Continue Reading
Author Interviews, Rheumatology / 03.10.2018 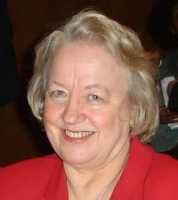 MedicalResearch.com Interview with: Virginia Ladd, CEO   American Autoimmune Related Disease Association (AARDA) MedicalResearch.com: Would you briefly explain what is meant by autoimmune disorders? Response: Autoimmune disease is a broad category of related diseases which share both genetic and mechanistic properties.  They occur when the person’s immune system attacks the body’s own cell, and tissue. The immune system goes awry and mistakenly attacks the tissues and organs it was designed to protect. Normally the immune system protects the It does this by body by responding to invading microorganisms, such as bacteria, and viruses. Producing antibodies which are special proteins that recognize and destroy the invaders. Autoimmune diseases occur when autoantibodies attack the body’s own cells, tissue and organs. END_OF_DOCUMENT_TOKEN_TO_BE_REPLACED
Continue Reading
Author Interviews, Depression, JAMA, Rheumatology / 13.09.2018

Depression May Increase Risk of Developing an Autoimmune Disease 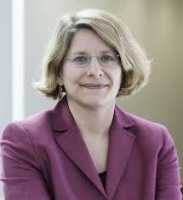 MedicalResearch.com Interview with: Andrea L. Roberts, MPH, PhD Research Associate, Department of Social and Behavioral Sciences Harvard T.H. Chan School of Public Health MedicalResearch.com: What is the background for this study? Response: There is some evidence that depression may increase risk of autoimmune diseases. For example, among people with autoimmune diseases, more people have depression than in the general population. Also, people who have autoimmune diseases who also have depression have more severe disease symptoms. END_OF_DOCUMENT_TOKEN_TO_BE_REPLACED
Continue Reading
Author Interviews, Eli Lilly, Lancet, Pharmacology, Rheumatology, UCLA / 26.07.2018 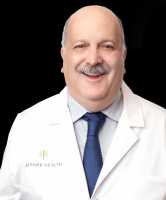 MedicalResearch.com Interview with: Dr. Jinoos Yazdany MD, MPH Assistant Professor in Residence UCSF School of Medicine MedicalResearch.com: What are the main findings of the study? Answer: For almost all of the drugs we examined, we found that less than half of patients adhered to treatment.  For some drugs, less than one-third of individuals were adherent. The average medication possession ratios were low across all drugs. We found that several factors played an important part in adherence.  Younger individuals were less likely to adhere to treatment for several drugs, and we also found racial/ethnic differences, with Black, Hispanic and Native populations having lower adherence.  We also found geographic variation in adherence, with individuals in the Northeast being the most likely to adhere to treatment. END_OF_DOCUMENT_TOKEN_TO_BE_REPLACED
Continue Reading