USPSTF Recommends Syphilis Screening for Those at Risk 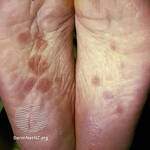 MedicalResearch.com Interview with: Gbenga Ogedegbe, MD, MPH Dr. Adolph & Margaret Berger Professor of Population Health Director, Division of Health & Behavior Director Center for Healthful Behavior Change Department of Population Health NYU Langone Health NYU School of Medicine Member of the U.S. Preventive Services Task Force   MedicalResearch.com: What is the background for this study? Response: Syphilis has become more common over the past 20 years, after reaching a record low in 2000. The Task Force found that screening people who are at increased risk for syphilis can identify the infection early so it can be treated before problems develop. For that reason, the Task Force recommends screening people who are at increased risk for syphilis infection. END_OF_DOCUMENT_TOKEN_TO_BE_REPLACED
Continue Reading
Author Interviews, JAMA, OBGYNE, STD / 16.02.2022

Syphilis and Adverse Neonatal Outcomes Rising Sharply in US 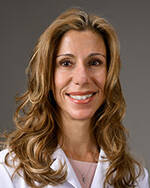 MedicalResearch.com Interview with: Irene A. Stafford, M.S., M.D. Associate Professor Associate Program Director Maternal - Fetal Medicine Fellowship Department of Obstetrics and Gynecology Division of Maternal Fetal Medicine McGovern Medical School at UTHealth Houston MedicalResearch.com:  What is the background for this study? Response: We have observed disproportionately high-rates syphilis in the US over the last several years, and here in Texas. As this is now leading to health alerts in our cities, it is key we bring attention to this infection regarding risks to the pregnant patient and her fetus. Syphilis carries a nearly 40% neonatal mortality rate, so testing and treating is key in preventing this devastating neonatal infection. We need to encourage and offer testing at intake to pregnancy care, and any time a patient desires to be tested for STI.   END_OF_DOCUMENT_TOKEN_TO_BE_REPLACED
Continue Reading
Author Interviews, JAMA, OBGYNE, STD, USPSTF / 09.09.2018

USPSTF: All Pregnant Women Should Be Screened For Syphilis 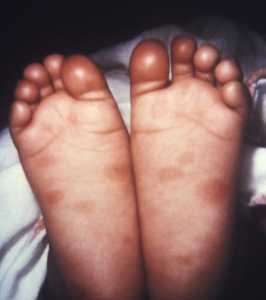 MedicalResearch.com Interview with: Melissa A. Simon, M.D., M.P.H. Member, U.S. Preventive Services Task Force George H. Gardner professor of clinical gynecology, Vice chair of clinical research Department of Obstetrics and Gynecology Professor of preventive medicine and medical social sciences Northwestern University Feinberg School of Medicine MedicalResearch.com: What is the background for this study? What are the main findings? Response: The number of babies born with syphilis is increasing, mirroring the recent increase of syphilis among women. Syphilis infection passed from a pregnant woman to her baby, also known as congenital syphilis, can lead to serious health complications for the baby including premature birth, low birthweight, birth defects, and even death. The Task Force recommends that all pregnant women be screened for syphilis as early in pregnancy as possible to prevent congenital syphilis.  END_OF_DOCUMENT_TOKEN_TO_BE_REPLACED
Continue Reading
Author Interviews, HIV, OBGYNE, Pediatrics, Pediatrics, STD / 24.07.2018

Girls with PID Underscreened For Syphilis and HIV in ERs

MedicalResearch.com Interview with: Monika K. Goyal, M.D., M.S.C.E., senior study author Assistant professor of Pediatrics and Emergency Medicine Children’s National Health System Washington, DC  MedicalResearch.com: What is the background for this study? Response: Patients with pelvic inflammatory disease (PID) are at an increased risk for syphilis and HIV. We know that adolescents account for 20 percent of the 1 million cases of PID that are diagnosed each year. We also know that an estimated one in four sexually active adolescent females has a sexually transmitted infection (STI). While screening for syphilis and HIV is recommended when diagnosing PID, actual screening rates among adolescents have been understudied. This multi-center study aimed to quantify rates of HIV and syphilis screening in young women diagnosed with . pelvic inflammatory disease in pediatric emergency departments and to explore patient- and hospital-specific characteristics associated with screening for these two sexually transmitted infections. END_OF_DOCUMENT_TOKEN_TO_BE_REPLACED
Continue Reading
Author Interviews, BMJ, HIV, STD / 17.01.2017

Does HAART Treatment for HIV Contribute To Rapid Rise in Syphilis Infections?

MedicalResearch.com Interview with: Michael Rekart, MD, DTM&H Clinical Professor, Medicine and Global Health The University of British Columbia .... On behalf of my co-authors MedicalResearch.com: What is the background for this study? Response: The background for this study is the observation that new syphilis cases over the last decade in British Columbia, Canada, have been escalating more rapidly than anyone could have predicted and that syphilis incidence has outpaced the incidence of other sexually transmitted diseases (STDs), including gonorrhea and chlamydia. This unexpected increase in syphilis has been almost wholly concentrated in men who have sex with men (MSM). Most of these MSM are HIV-1 infected and many are taking highly active antiretroviral therapy (HAART). In fact, the expansion in HAART coverage in MSM parallels the growth in syphilis in the same population. In addition, my co-authors and I had serious doubts as to whether 'treatment optimism', the generally accepted explanation for this phenomenon, was robust enough to account for such a dramatic increase in new syphilis cases. Treatment optimism posits that HAART availability and effectiveness have led to the perception in both HIV-1-infected and HIV-1-uninfected individuals that HIV-1 transmission has become much less likely, and the effects of HIV-1 infection less deadly. This is expected to result in increased sexual risk-taking, especially unprotected anal intercourse, leading to more non-HIV-1 STDs, including gonorrhea, chlamydia and syphilis. END_OF_DOCUMENT_TOKEN_TO_BE_REPLACED
Continue Reading
Author Interviews, CDC, Gender Differences, STD / 06.10.2016

MedicalResearch.com Interview with: Alex de Voux, PhD, Epidemiologist Centers for Disease Control Division of STD Prevention MedicalResearch.com: What is the background for this study? What are the main findings? Response: Reported cases of primary and secondary syphilis have been increasing steadily in the United States since 2001, with men-who-have-sex-with-men (MSM) accounting for 83% of male primary and secondary syphilis cases with information on sex of sex partner in 2014. However calculating the true disparity of primary and secondary syphilis cases relative to the MSM population size has been difficult because census data does not routinely collect information on sexual orientation or same-sex behavior. Through a recent collaboration with Emory University and CDC, Grey and colleagues developed refined estimates of the population size of MSM by state allowing us to calculate state-specific rates of primary and secondary syphilis for the first time. Looking at data from 44 states that had information on sex of sex partner for at least 70% of their male primary and secondary syphilis cases, the overall rate of syphilis was 309 per 100,000. The state level data found syphilis rates among gay and bisexual men ranged widely among the 44 states, from 73.1 per 100,000 in Alaska to 748.3 per 100,000 in North Carolina. Some of the highest rates among MSM were in states in the Southeast and the West. Comparing rates of syphilis among MSM to men reporting sex with women only (MSW), the overall rate for MSM was 107 times the rate for MSW. By state, the rate among MSM was at least 40 times the rate among MSW – and at most, 340 times the rate among MSW. END_OF_DOCUMENT_TOKEN_TO_BE_REPLACED
Continue Reading
Author Interviews, HIV, Infections, STD / 16.09.2016

MedicalResearch.com Interview with: Noah Kojima David Geffen School of Medicine University of California Los Angeles, California MedicalResearch.com: What is the background for this study? What are the main findings? Response: One of the most exciting new methods to prevent human immunodeficiency virus (HIV) type 1 infection is through the use of chemical pre-exposure prophylaxis (PrEP), which has been shown to be safe and effective in randomized-controlled trials and “real world” studies among men who have sex with men (MSM). However, reports of high incidence of sexually transmitted infections (STIs) and condomless sex in PrEP trials has led clinicians and public health advocates to be concerned that the use of PrEP for HIV might lead to higher STI incidence due to increased sexual risk behavior. We found that PrEP for HIV infection is associated with increased risk of STI acquisition among MSM in a meta-analysis of prior studies. END_OF_DOCUMENT_TOKEN_TO_BE_REPLACED
Continue Reading
Author Interviews, Global Health, Lancet, Methamphetamine, OBGYNE, STD / 29.07.2016

Almost A Million Cases of Maternal Syphilis Globally Per year

MedicalResearch.com Interview with: N. Saman Wijesooriya Public Health Advisor/Technical Advisor Centers for Disease Control and Prevention MedicalResearch.com: What is the background for this study? What are the main findings? Response: The article Global burden of maternal and congenital syphilis in 2008 and 2012: a health systems modeling study by Wijesooriya, et al published in the August 2016 issue of The Lancet Global Health (Open source - http://dx.doi.org/10.1016/S2214-109X(16)30135-8) estimates the incidence and prevalence of maternal and congenital syphilis for both time periods and identifies gaps antenatal care access and syphilis testing and treatment services to assess progress in the global elimination of congenital syphilis, or mother-to-child transmission of syphilis, as a public health problem. Untreated maternal syphilis is understood to be transmitted from mother-to-child in utero in 50% of cases resulting in tragic adverse pregnancy outcomes, or congenital syphilis infections, including early fetal death, stillbirth, preterm birth, low birthweight, neonatal death, and congenital infections in infants. Since most maternal syphilis infections are asymptomatic, it is recommended that screening for syphilis use a combination of serological tests for pregnant women and treatment of syphilis seropositive women with at least 2.4 million units of benzathine penicillin intramuscularly early in pregnancy to prevent most congenital syphilis infections. In 2007, the World Health Organization responded to estimates indicating 2 million maternal and 1.5 congenital syphilis infections would occur annually without treatment and launched the global initiative for the Elimination of Congenital Syphilis (ECS). The strategy includes reducing the prevalence of syphilis in pregnant women and mother-to-child transmission of syphilis. The objective is for countries to achieve high performing antenatal care systems providing access to antenatal care to more than 95% of pregnant women, syphilis testing for more than 95% of pregnant women, and treatment for more than 95% of seropositive women to attain a congenital syphilis rate of 50 or fewer cases per 100,000 live births. END_OF_DOCUMENT_TOKEN_TO_BE_REPLACED
Continue Reading
Author Interviews, CDC, Infections, OBGYNE, STD / 13.11.2015

MedicalResearch.com Interview with: Dr. Virginia Bowen PhD Epidemic Intelligence Service Division of STD Prevention, National Center for HIV/AIDS, Viral Hepatitis, STD, and TB Prevention,CDC  Medical Research: What is the background for this study? What are the main findings? Dr. Bowen: Congenital syphilis (CS) occurs when a mother infected with syphilis transmits the infection to her child during the course of pregnancy. Our study looked at recent trends in CS between 2008 and 2014. After four years of decline, Congenital syphilis rates increased by 38% from 2012 to 2014. The findings from this report show we are missing opportunities to screen and treat pregnant women for STDs. Syphilis in pregnant women can cause miscarriages, premature births, stillbirths, or death of newborn babies. We have effective tests and treatment for syphilis – there’s no excuse for allowing it to resurge. Every case of CS is one too many. END_OF_DOCUMENT_TOKEN_TO_BE_REPLACED
Continue Reading
This website uses cookies to improve your experience. We'll assume you're ok with this, but you can opt-out if you wish.AcceptReject Read More
Privacy & Cookies Policy