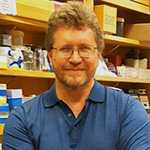 MedicalResearch.com Interview with: Igor Chesnokov, Ph.D Department of Biochemistry and Molecular Genetics School of Medicine University of Alabama at Birmingham, Alabama MedicalResearch.com: What is the background for this study? Response: DNA replication is fundamentally important for tissue development, growth and homeostasis. Impairments of the DNA replication machinery can have catastrophic consequences for genome stability and cell division. Meier-Gorlin Syndrome (MGS) is an autosomal recessive disorder that is also known as ear, patella, short stature syndrome and/or microtia, absent patella, micrognathia syndrome, traits highlighting the core clinical phenotypes. The genes affected by MGS mutations include many members of pre-replicative complex (pre-RC), such as Origin Recognition Complex (ORC) subunits (Orc1, Orc4, Orc6), Cdc6, Cdt1, CDC45, MCM5 as well as Geminin, suggesting that the clinical phenotype is caused by defects in DNA replication initiation. As the pre-RC complex is essential for DNA replication, the mutations in its components are expected to impair cell proliferation and reduce growth. The smallest subunit of ORC, Orc6, is the most divergent and enigmatic among ORC subunits. Orc6 is important for DNA replication in all species. Metazoan Orc6 proteins consist of two functional domains: a larger N-terminal domain important for binding of DNA and a smaller C-terminal domain important for protein-protein interactions. A mutation coding for a tyrosine 232 to serine alteration (Y232S) in the C-terminal domain of Orc6 is linked to MGS in humans. Recently, a new Orc6 mutation was described that also resulted in MGS. Unlike the previously described MGS mutation, this amino acid substitution, Lysine 23 to Glutamic acid (K23E), localizes in the N-terminal domain of Orc6.  END_OF_DOCUMENT_TOKEN_TO_BE_REPLACED
Continue Reading
Author Interviews, Blood Pressure - Hypertension, Heart Disease, JAMA, NIH, Nutrition, Race/Ethnic Diversity, Salt-Sodium / 03.10.2018

Black-White Hypertension Divide: Is The Southern Diet a Culprit?

MedicalResearch.com Interview with: Dr. George Howard DPH, for the research team Professor and Chair of Biostatistics University of Alabama at Birmingham MedicalResearch.com: What is the background for this study? What are the main findings? Response: Perhaps the most important distinction to draw for the readers is that this is not a paper about risk factors for hypertension, but rather a paper that looks for contributors to the black-white difference in the presence of hypertension.  This racial difference in hypertension is the single biggest contributor to the immense disparities in cardiovascular diseases (stroke, MI, etc.) that underpin the approximate 4-year difference in black-white life expectancy.  As such, this work is “going back upstream” to understand the causes that lead to blacks having a higher prevalence of hypertension than whites with hopes that changing this difference will lead to reductions in the black-white disparities in cardiovascular diseases and life expectancy.   This difference in the prevalence of hypertension is immense … in our national study of people over age 45, about 50% of whites have hypertension compared to about 70% of blacks … that is HUGE.   We think that changing this difference is (at least one of) the “holy grail” of disparities research. This study demonstrates that there are several “targets” where changes could be made to reduce the black-white difference in hypertension, and thereby the black-white difference in cardiovascular diseases and life expectancy; however, the most “potent” of these appears to be diet changes.   Even though we know what foods promote a heart healthy lifestyle, we still have major differences in terms of how that message is being adopted by various groups of Americans.  We can’t know from our data what about the Southern diet is driving these racial differences in hypertension but we can begin to design community based interventions that could possibly help to reduce these racial disparities through diet.  It is interested that diet more than being overweight was the biggest contributor to the racial disparities in hypertension.  This would suggest we might want to consider interventions to increase health foods in the diet while minimizing fried foods and processed meats. While this is not a clinical trial that “proves” that changes in diet will reduce the disparity in blood pressure, we consider the “message” of the paper to be good news, as the things that we found that contribute to this black-white difference are things that can be changed.   While it is always hard for individual people to change their diet, it can be done.   More importantly, over time we as a society have been changing what we eat … but we need to “double down” and try to change this faster.   Also, policy changes of play a role to gently make changes in these diet, where for example Great Britain has been making policy changes to slowly remove salt from the diet.   These changes are possible … and as such, we may see a day when the black-white differences in hypertension (and thereby CVD and death) may be reduced.  END_OF_DOCUMENT_TOKEN_TO_BE_REPLACED
Continue Reading
Author Interviews, Brain Injury, CT Scanning, Emergency Care, JAMA, Pediatrics / 24.09.2018 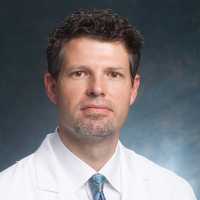 MedicalResearch.com Interview with: Erik P. Hess MD MSc Professor and Vice Chair for Research Department of Emergency Medicine UAB Medicine he University of Alabama at Birmingham Birmingham Alabama 35249 MedicalResearch.com: What is the background for this study? What are the main findings?  Response: 450,000 children present to U.S emergency departments each year for evaluation of head trauma.  Physicians obtain head computed tomography (CT) scans in 37%-50% of these patients, with less than 10% showing evidence of traumatic brain injury and only 0.2% that require neurosurgical treatment. In order to avoid unnecessary CT scans and to limit radiation exposure, the Pediatric Emergency Care Applied Research Network (PECARN) developed clinical prediction rules that consist of 6 readily available factors that can be assessed from the history and physical examination.  If none of these risk factors are present, a CT scan is not indicated. If either of 2 high risk factors such as signs of a skull fracture are present, CT scanning is indicated. If 1 or 2 non-high risk factors are present, then either CT scanning or observation are recommended, depending on considerations such as parental preference, clinician experience and/or symptom progression. In this study we designed a parent decision aid, “Head CT Choice” to educate the parent about the difference between a concussion – which does not show up on a CT scan – and a more serious brain injury causing bleeding in or around the brain.  The decision aid also shows parents their child’s risk for a serious brain injury – less than 1% risk in the majority of patients in our trial – what to observe their child at home for should they opt not to obtain a CT scan, and the advantages and disadvantages of CT scanning versus home observation. In our trial, we did not observe a difference in the rate of head CT scans obtained in the ED but did find that parents who were engaged in shared decision-making using Head CT Choice were more knowledgeable about their child’s risk for serious brain injury, has less difficulty making the decision because they were clearer about the advantages and disadvantages of the diagnostic options, and were more involved in decision-making by their physician.  Parents also less frequently sought additional testing for their child within 1 week of the emergency department visit. END_OF_DOCUMENT_TOKEN_TO_BE_REPLACED
Continue Reading