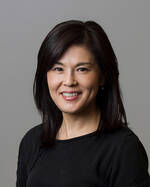 Response: Tea is rich in bioactive compounds that can possibly protect against health conditions such as cancer and heart disease. A lower risk of death was seen among tea drinkers than non-drinkers in previous studies, but these were largely in populations where green tea drinking is common. In contrast, the studies in populations where black tea drinking is more common have been limited and the findings from these studies have been inconsistent.

MedicalResearch.com: What are the main findings? Any particular type of tea?

Response:  We found that people who drank 2 or more cups of tea every day had a lower risk of death than people who didn’t drink tea during 14-years of follow up in a very large study of nearly half a million people in the United Kingdom, where more than 4 out of 5 people reported drinking tea every day. Similar findings were seen among people who added milk or sugar to their tea. These findings were also seen regardless of tea temperature or whether people had genetic variants that affect caffeine metabolism. While we did not analyze by tea type, almost 90% of tea drinkers in this study drank black tea.

Response: Our findings indicate that black tea can be part of a healthy diet and may offer reassurance to tea drinkers. Nevertheless, people should not make decisions about whether or not to start drinking tea or how much tea they drink based on findings from a single study. These findings need to be replicated and extended to other populations with different lifestyles.

Response: Although we carefully assessed the associations of tea drinking and a risk of death, this study is observational in nature, and we cannot be certain that other poorly measured or unmeasured factors may have impacted our results. Also, this study was performed in a predominantly White population with a relatively high socioeconomic status. Future studies are needed to extend these findings to other populations with different lifestyles and more diverse populations.

Response: We saw a similarly lower risk of death among people who added milk or sugar to their tea, but the added amount of sugar and milk was relatively small. We caution that dietary guidelines recommend avoiding large amounts of sugar and saturated fat, like fat in milk.

None of the authors of this study have anything to disclose.