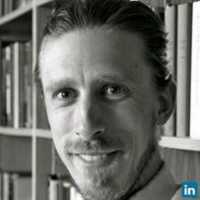 Response: Tinnitus is experienced is experienced by a large proportion of the population and affects more than 15% of the population worldwide (estimated 70 million people in Europe). However, for near 3% of the population, tinnitus becomes a chronic bothersome and incapacitating symptom. Severe tinnitus interferes with sleep, mood, and concentration and thus impacts life quality, ultimately leading to sick leave and disability pension. A high cost to society has been reported, and since the prevalence of tinnitus has been predicted to double in Europe by 2050, there is an important need for an effective treatment. And today there are none, with the exception of cognitive behavioral therapy, which helps coping with it but does not remove the tinnitus. There has been a number of innovative treatment approaches, but they are overall not successful and it is now agreed that it is likely because tinnitus is a heterogeneous condition – meaning that we cannot consider tinnitus a single entity but an ensemble of different forms or subtypes, which need to be defined.

Tinnitus has always been considered a condition influenced by environmental factors, but our initial studies suggested the opposite. Adoption studies are excellent in showing the influence of shared-environment effects and establish a genetic basis for a disease or a trait. It allows to test the transmission of a trait between the adoptee and their biological or their adoptive parent. Transmission via the biological parent is expected to be due to a heritable genetic effect, while transmission via the adoptive parent is associated with home-environment, the so-called shared-environmental effect. We used medical registry data to identify tinnitus patients and adoptees.

Response: We found that if a biological parent had clinically significant tinnitus, there were greater chances of the adoptee to have tinnitus and this was not the case if an adoptive parent had tinnitus.

Response: That the transmission of tinnitus within a family is genetically influenced, and it is not due to shared-environment effects.

Response: The next step for researchers is to identify genetic variations associated with tinnitus. Most of the previous attempts listed in the literature have failed and we believe the problem resides in the poor characterization of tinnitus patients, and low sample size. As tinnitus is a complex condition, there is a need for clinicians to collect blood and DNA with, in parallel, an in-depth characterization of their patients in order to identify potential subtypes. The current ENT practice collects a limited amount of information because of budgetary constraints, and this has somehow to be improved, for there is not one tinnitus, but many different forms. ICD codes thus need to be updated in order to improve the classification of patients and medical registry data. Genetic studies will provide insights on the mechanisms related to specific forms of tinnitus. Not only will such studies identify new drug targets, but it will validate existing ones and potentially increase the likelihood of success of clinical trials. This will help tailoring treatments to the characteristics of the tinnitus and improve the chances of treatment success.

Response: Clinicians have to start collecting information on familial history of tinnitus, and initiate biobanking efforts to unlock the tinnitus riddle!