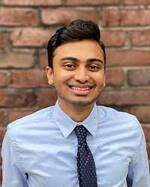 Response: Direct-to-consumer pharmaceutical advertising has been increasing in popularity for the past two decades or so, particularly via television. But it’s highly controversial. Only two high-income countries (the U.S. and New Zealand) widely permit this type of advertising for prescription drugs. Critics have pointed to a growing body of literature that suggests that direct-to-consumer advertising for prescription drugs can be misleading, lead to inappropriate prescribing, and inflate healthcare costs. Proponents have argued that it improves public health by promoting clinically beneficial prescribing.

Response:  Our study assessed the most-commonly marketed drugs in these television advertisements and we had two main findings:

First, we found that less than one-third of drugs commonly marketed from 2015 to 2021 were rated as having high therapeutic value, defined as providing at least moderate improvement in clinical outcomes compared to existing therapies according to at least one of three independent health technology assessment agencies.

Second, we found that drugs categorized as “low benefit” accounted for $15.9 billion of the $22.3 billion (71.3%) in television advertising spending associated with our 73-drug sample over 6 years.

Response: Taken together with other research, our findings suggest that pharmaceutical companies focus their advertising campaigns on expensive, brand-name drugs that have little or no comparative benefit versus existing alternatives. In general, I think our findings raise questions about the public health value that these advertisements are offering to society, especially when considering the body of research on the misleading nature and negative downstream effects of such advertisements on prescribing patterns and healthcare costs.

From a public health standpoint, it’s concerning to me that the healthcare system allocates billions of dollars annually towards drug advertisements, as opposed to higher-quality forms of medical communication. In general, I hope that our research findings will encourage and help enable policymakers to create more rigorous, evidence-based regulations on prescription drug advertising.

Response: Policymakers and regulators should consider requiring disclaimers on direct-to-consumer pharmaceutical advertisements regarding the comparative effectiveness of the products in such advertisements. Another concern about prescription drug advertisements is that they tend to have very low informational quality (as shown in a number of recent studies like this one). I think we should have more rigorous standards for weeding out misleading advertising and fund the FDA to apply current standards more proactively. Finally, given recent research on the harms and limited benefit of direct-to-consumer advertising of prescription drugs, I think policymakers should reconsider in which circumstances, if any, this type of advertising should be permitted.

I have no conflicts of interest or other disclosures to report.