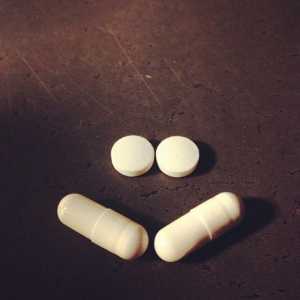 MedicalResearch.com Interview with: Silke Kern, MD, PhD Neuropsychiatric Epidemiology Unit and Clinical Neurochemistry Laboratory Department of Psychiatry and Neurochemistry Institute of Neuroscience and Physiology Sahlgrenska Academy University of Gothenburg Gothenburg, Sweden MedicalResearch.com: What is the background for this study? What are the main findings? Response: Calcium has an important role in ischemic neuronal cell death and atherosclerosis. Several studies suggest that increased serum calcium increases the risk for vascular events and worsens the outcome after stroke. Widespread ischemic neuronal cell death and atherosclerosis might lead to dementia. We therefore examined if Calcium supplementation is associated with development of dementia. Our study is the first to show a relationship between Calcium supplementation and increased risk for dementia in older women. This risk is mainly confined to women with cerebrovascular disease (history of stroke or presence of white matter lesions). END_OF_DOCUMENT_TOKEN_TO_BE_REPLACED
Continue Reading
Author Interviews, Bone Density, Calcium, Mineral Metabolism, Nature / 16.08.2016

Some Populations Are Genetically Immune to Osteoporosis

MedicalResearch.com Interview with: Dr. Constance Hilliard Department of History University of North Texas Denton, TX MedicalResearch.com: What is the background for this study? What are the main findings? Response: As an evolutionary historian, I have devoted the last several years to researching the health implications of genetic diversity. I was particularly concerned with the tendency of medical researchers to unwittingly use the biology of people with Northern European ancestry as a universal standard for everyone. For instance, lactose intolerance may be a disorder in that community, which suffers high rates of osteoporosis. But since 65% of the world’s population are lactose intolerant and have low rates of osteoporosis, a one-size-fits-all approach to bone health can prove dangerous for those whose ethnic-specific biological needs are overlooked. This study shows that osteoporosis is not a global problem. It has a strong and devastating impact in dairy-farming societies and is virtually non-existent in the tsetse zone of West Africa, where cattle rearing and dairying are not possible. Previous studies have tried to correlate the degenerative bone disease with socio-economic income. However, this study compares two regions of Africa with similar socio-economic conditions. In dairy-farming East Africa, the incidence of osteoporosis is 245 per 100,000. However in the tsetse belt of West Africa, where people do not consume dairy products, it is 3 per 100,000. When regression analyses are performed on 40 countries around the world, the association between dairy consumption and osteoporosis is high (0.851). It only correlates with national Gross National Product at a regression rate of 0.447. END_OF_DOCUMENT_TOKEN_TO_BE_REPLACED
Continue Reading
Author Interviews, Calcium, Heart Disease / 02.04.2016

MedicalResearch.com Interview with: Dr. Chan Soo Shin MD PhD Professor of Medicine Seoul National University College of Medicine Seoul, 03080, Korea MedicalResearch.com: What is the background for this study? What are the main findings? Response: Recently, a series of secondary analyses on large clinical trials and meta-analysis have reveled increased rate of cardiovascular events in women allocated to calcium supplements. As most of these studies were conducted in Western countries where the dietary calcium intake is sufficient, we aimed to investigate the association between dietary calcium intake level and cardiovascular events or mortality in Korea where the average dietary calcium intake is as low as 470 mg per day. We have analyzed data from 4,866 adults aged at least 50 years without previous CDV or stroke history participating in the Ansung and Ansan cohort study, an ongoing, prospective, community-based study in Korea (2,690 women). Participants completed periodic food frequency questionnaires; CVD, stroke and fractures were recorded during interviews and examinations every 2 years. Researchers used proportional Cox regression analysis was used to determine HRs for all-cause mortality, CVD, cerebrovascular disease and fractures, adjusting for age, BMI, vegetable and fruit intake, protein and sodium intake, physical activity, smoking and drinking status, diabetes and hypertension history and total energy from diet. Researchers also adjusted for menopausal status and hormone replacement therapy in women. Women were followed for a mean of 9.2 years; men followed for a mean of 8.9 years. Within the cohort, 359 participants died (243 men); 340 developed CVD (153 men); 157 experienced stroke (59 men); 568 experienced incident fractures (212 men). In comparing the four quartiles for energy-adjusted calcium intake, women experienced an increased reduction in CVD risk with increasing dietary calcium intake. Women in the highest quartile saw the greatest reduced risk for CVD vs. the lowest quartile (HR = 0.53; 95% CI, 0.33-0.86), followed by women in the third (HR = 0.56; 95% CI, 0.36-0.85) and second quartiles (HR = 0.80; 95% CI, 0.55-1.17) when compared with women in the lowest quartile. We found no association between dietary calcium intake and stroke or fracture risk in women. Dietary calcium intake did not affect all-cause mortality, CVD risk, stroke risk or fracture risk in men. END_OF_DOCUMENT_TOKEN_TO_BE_REPLACED
Continue Reading
Author Interviews, Calcium, Kidney Disease, Kidney Stones, Supplements, Vitamin D / 20.10.2015

MedicalResearch.com Interview with: Christopher Loftus M.D. candidate Cleveland Clinic Lerner College of Medicine Medical Research: What is the background for this study? What are the main findings? Response: Most kidney stones are made, at least partially, of calcium composite. In a prospective study of nurses in the post-menopausal age, it was found that diets that contained high amounts of calcium were beneficial in preventing kidney stones in this population. In the gut, calcium can bind to oxalate which prevents it from being absorbed into the body and decreases the concentration of calcium in the urine. However there has been debate as to whether supplemental calcium (calcium pills) has the same beneficial effects as calcium in the diet. Supplemental calcium enters the gut in large quantities all at once so it may enter the blood stream in higher concentrations over smaller amounts of time. By the same token, vitamin D plays a role in the management and balance of calcium in the body and could potentially have an effect on stone formation as well.  It has also been debated whether vitamin D supplementation has major effect on patients who are known to be stone formers.  So we reviewed CT scans of patients and 24 hour urine collections (both male and female of adult age) who were known to have kidney stones and measured the growth of stones over a period of time. Our main findings were that supplementary calcium increased the rate of stone formation in these patients. We also found that vitamin D had a protective effect and patients taking only vitamin D had a slower rate of stone progression. END_OF_DOCUMENT_TOKEN_TO_BE_REPLACED
Continue Reading
Author Interviews, BMJ, Bone Density, Calcium, Mineral Metabolism, Orthopedics / 03.10.2015

MedicalResearch.com Interview with: Dr. Mark J Bolland Associate professor of medicine Department of Medicine University of Auckland Auckland New Zealand Medical Research: What is the background for this study? Dr. Bolland: Many guidelines advise older people to take at least 1000-1200 mg/day of calcium to improve bone density and prevent fractures. The average calcium intake in most countries is a lot less than these recommendations, and so many people take calcium supplements to increase their calcium intake. However, recent concerns about the safety of calcium supplements have led experts to recommend increasing calcium intake through food rather than by taking supplements, even though the effect of increasing dietary calcium intake on bone health had not been clearly established. Our study was designed to fill this evidence gap. Medical Research: What are the main findings? Dr. Bolland: Firstly, we found that increasing calcium intake either from the diet or by taking calcium supplements led to similar, small, one-off increases in bone density of 1-2%. These increases do not build up over time and are too small to produce significant reductions in the chance of having a fracture. Secondly, the level of dietary calcium intake is not associated with the risk of having a fracture. Thirdly, in clinical trials, calcium supplements have only small, inconsistent benefits on preventing fractures, with no effect on fractures seen in the highest quality trials END_OF_DOCUMENT_TOKEN_TO_BE_REPLACED
Continue Reading
Author Interviews, Brigham & Women's - Harvard, Calcium, Heart Disease / 13.05.2014

Calcium Supplements in Women: Is there an Increased Risk of Stroke or Heart Disease?

MedicalResearch.com Interview with: Joshua Lewis, Ph.D Raine Foundation / Alan Robson Fellow Bone and Vascular Research Group School of Medicine and Pharmacology University of Western Australia Department of Endocrinology and Diabetes Sir Charles Gairdner Hospital Hospital Avenue, Nedlands 6009 www.boneandvascularresearch.org.au MedicalResearch.com: What are the main findings of the study? Dr. Lewis: The paper reports the findings from an ancillary study of the effects of 1200 mg per day of calcium supplementation on a major predictor of heart disease risk, carotid artery intima-medial thickness and atherosclerosis. The principle study was a large five-year double blind randomized controlled trial of calcium supplements or a placebo. After 3 years of calcium supplementation or placebo measures of carotid artery intima-medial thickness were identical in the placebo and calcium treated patients.  Atherosclerotic plaque was reduced in calcium treated patients when analysed as total calcium intake. These findings argue strongly against an adverse effect of high dose calcium tablets on cardiovascular risk. END_OF_DOCUMENT_TOKEN_TO_BE_REPLACED
Continue Reading
Author Interviews, Calcium, Mineral Metabolism / 09.04.2013

MedicalResearch.com eInterview with Maoquing Wang Department of Nutrition and Food Hygiene, School of Public Health, Harbin MedicalUniversity, 157 Baojian Road, Nangang District, Harbin, 150081, P. R. China MedicalResearch.com: What are the main findings of the study? Dr. Wang: Our group first reported that the 2-week low-calcium diet could result in metabolic changes and 27 reliable biomarkers of calcium deficiency were identified. The correlations between calcium intake and two of the biomarkers indicated that these biomarkers could be used alone or in combination as a non-invasive screening method with greater sensitivity and specificity for the diagnosis of calcium deficiency in humans in future. The identified biomarkers give new insights into the pathophysiological changes and molecular mechanisms of calcium deficiency. END_OF_DOCUMENT_TOKEN_TO_BE_REPLACED
Continue Reading