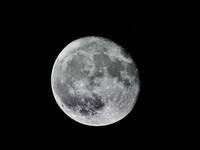 Response: For hundreds of years, people have observed that asthma severity often worsens in the nighttime. As many as 75 percent of people with asthma—20 million people in the U.S.—report experiencing worsening asthma severity at night.

One longstanding question has been to what degree the body’s internal circadian clock—as opposed to behaviors, such as sleep and physical activities—contributes to worsening of asthma severity. Our research used long term intensive monitoring throughout two circadian protocols in dim light and without time cues to carefully isolate the influence of the circadian system from the other factors that are behavioral and environmental, including sleep.

Response: Both protocols helped to uncover that participants with asthma had their lowest lung function during the circadian night, around 4 a.m., and a worsening of asthma that normally may be “hidden” during sleep. Our results indicate that the circadian effect is additive with other behavioral and environmental effects, magnifying the drop in lung function when sleeping at night. We also found that these results are clinically important because, when studied in the laboratory, symptom-driven bronchodilator inhaler use was as much as four times more often during the circadian night than during the day. Our findings point to a phenomenon of ‘silent’ asthma. A person’s airway resistance may be worse at night, due to the combined effects of the circadian system and of the behavioral sleep/wake cycle, but they are generally unaware of this unless it is so severe that it wakes them up.

Those people who have the worst asthma in general are the ones who suffer from the greatest circadian-induced drops in pulmonary function at night, and also had the greatest changes induced by behaviors, including sleep.

Response: This study provides the first conclusive proof that our internal circadian body clock influences asthma severity, and importantly contributes to the well-known worsening of asthma severity during the night.

Response: Future studies are needed to uncover the mechanisms driving the endogenous circadian variation in asthma severity. Candidates include the ‘stress hormone’ cortisol that peaks in the circadian morning, the ‘night hormone’ melatonin that peaks during the circadian night, the immune system that is influenced by the circadian system, and peripheral circadian clocks in the lungs themselves.

Response: The uncovering of a key role of the biological clock in asthma severity may help in the development of novel therapeutic approaches for asthma, including modifying the timing of existing medications (chronotherapy) to minimize side effects and maximize efficacy, repurposing existing medications/treatments targeting the clock or downstream targets and developing new medications directed at the circadian system or downstream targets of the circadian system to limit the circadian-induced drop in lung function at night.

The findings also would have relevance to night shift workers who are awake and active at unusual circadian times.

Finally, clinicians may ultimately want to determine which individuals are at particular risk. Recognizing different factors play a role in asthma exacerbations could help us identify people in whom the circadian system (or behaviors or the environment) causes bigger changes and could be involved in very severe asthma exacerbations and predict who may need to be monitored more closely – especially at night.