06 Dec Disparities in Ovarian Cancer Survival in the United States 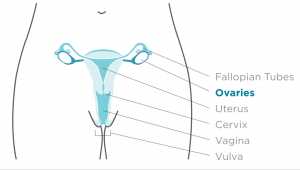 MedicalResearch.com: What do women most need to know about ovarian cancer detection and treatment?

Recognizing early symptoms of ovarian cancer and seeking timely care may help lead to detection of the cancer at an earlier stage, where treatment is likely to be more effective.  Symptoms – such  as abdominal and back pain, feeling full quickly after eating, and frequent urination – are often present among women with ovarian cancer.  Women should talk with their doctors if they experience any of these symptoms for 2 weeks or longer and the symptoms persist or worsen.

MedicalResearch.com: What might be done to eliminate these racial disparities?

Response: Specific and targeted education among black women about the symptoms of ovarian cancer may help to increase general knowledge and awareness about ovarian cancer. This could result in earlier detection, which might improve survival rates among black women.  Public health programs such as CDC’s National Comprehensive Cancer Control Program and CDC’s Inside Knowledge: Get the Facts About Gynecologic Cancer campaign can have a key role in providing this type of education.

MedicalResearch.com: What main message would you hope for the general public to take away from this report?

Response: Ovarian cancer is not always a “silent killer”, as it has often been labeled.  Ovarian cancer survival is considerably higher at early stages; over 85% of women with locally staged cancer survived 5 years or longer.  Symptoms that signal the presence of the disease are almost always present, and if those symptoms are recognized early and appropriately treated, women have a better chance of a stage I or II diagnosis, leading to better survival.  Regardless of her stage of disease, a women should seek and receive treatment from a gynecologic oncologist.

Ovarian cancer may cause the following signs and symptoms—

MedicalResearch.com: What other points, if any, would you like to make?

Response: CDC’s Inside Knowledge: Get the Facts About Gynecologic Cancer campaign has an ovarian cancer fact sheet and a symptoms diary that women can use track unusual symptoms and know when to seek medical care.  These materials have been found effective at increasing knowledge, and giving women the confidence to speak with their doctor about ovarian cancer in several populations in the United States.