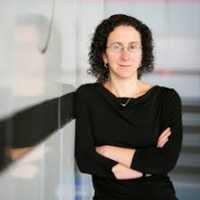 06 Jul Predicting Death is Difficult, Making it Difficult To Save Money on End of Life Care

Response: Although only 5% of Medicare beneficiaries die in a given year, they account for almost 25% of Medciare spending.

This fact about high end of life spending has been constantly used to refer to inefficiency of the US healthcare system. A natural observation is that the fact is retrospective, and it motivated us to explore a prospective analog, which would take as an input the probability of someone dying in a given year rather than her realized outcome. We therefore used machine learning techniques to predict death, and somewhat to our surprise we found that at least using standardized and detailed claims-level data, predicting death is difficult, and there are only a tiny fraction of Medicare beneficiaries for whom we can predict death (within a year) with near certainty.

Response: Given how difficult we found it to identify beneficiaries who would almost surely die, we came to the conclusion that the discussion of “end of life spending” as an indicator for waste or inefficiency is inappropriate, as one could easily come up with examples why it could be efficient to spend more on the sick, even if such spending patterns would lead to high fraction of spending on those who (unpredictably) end up dying.

Response: Our study, we hope, should push scholars to move away from simple statistics, which are easy to generate but hard to interpret, and instead to study carefully particular healthcare intervention, and assess at a more granular level how each interventions affects death probability and quality of life.

No disclosures. We would like to thank the National Institute of Aging for funding our work.