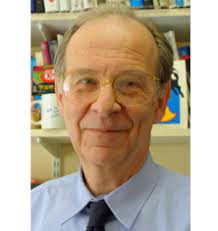 Response: Atrial fibrillation (AF) raises the risk of ischemic stroke 4-5-fold and this risk is largely reversible by oral anticoagulants (OAC). These facts are part of the core knowledge of internal medicine and the basis of multiple guidelines. They are based on studies of patients with persistent or predominantly “heavy burden” paroxysmal AF completed in the 1990s.

More recent studies using cardiac implantable devices (CIEDs: implantable defibrillators, pacemakers, etc) which have the capacity to monitor heart rhythm continuously have found that many older patients have brief, often undiagnosed, episodes of AF. Several of these studies have found that strokes occur during periods of sinus rhythm temporally distant from a preceding episode of AF. This has led to a widespread suspicion that AF is not a direct causal risk factor but a risk “marker” indicating the presence of other truly causal features like a diseased left atrium (atrial myopathy). If the risk marker hypothesis is correct, then long-term anticoagulation is needed even for brief and rare episodes of AF (assuming the patient’ s CHA2DS2-VASc score is high enough). The key problem with prior prospective studies using CIEDs was that only a small number of strokes were observed leading to inadequate statistical power.

Our study addressed this power problem by linking the very large Optum electronic health record database which could identify ischemic strokes with the Medtronic CareLink database of long-term, continuous heart rhythm records of patients with CIEDs. We ended up studying 891 individuals who had an ischemic stroke and had 120 days of continuous heart monitoring prior to the stroke.

Response: Most importantly, we need a randomized trial of time-delimited, fast onset DOAC anticoagulation for patients with infrequent episodes of AF (and a qualifying CHA2DS2-VASc score, e.g., ≥2) and continuous heart rhythm monitoring.