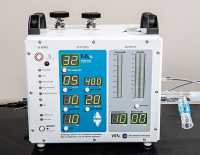 MedicalResearch.com Interview with: Jehan Alladina MD Massachusetts General Hospital Pulmonary and Critical Care Medicine Boston, Massachusetts MedicalResearch.com: What is the background for this study? Response: During the pandemic, clinicians around the world have shared anecdotal experiences to help inform care of patients with COVID-19. However, these anecdotes and observations, without careful analysis, can bias clinicians; many clinicians have even recommended experimental therapies based on this information alone. To that end, the goal of our study was to rigorously examine the respiratory failure experienced by critically ill patients with COVID-19 and understand their response to the standards of care for respiratory failure. END_OF_DOCUMENT_TOKEN_TO_BE_REPLACED
Continue Reading
Author Interviews, Gender Differences / 16.08.2019

Gender Identity Conversion Efforts Have Happened in Every State

MedicalResearch.com Interview with: Jack Turban MD MHS Resident Physician in Psychiatry The Massachusetts General Hospital and McLean Hospital Harvard Medical School MedicalResearch.com: What is the background for this study? Response: Gender identity conversion efforts are attempts by a professional (for example a therapist, counselor, or religious advisor) to make a transgender person cisgender. The practice has been labelled unethical and ineffective by major medical organizations, including the American Medical Association. Accordingly, many U.S. states have made this practice illegal. Other states, however, have deferred passing bans on gender identity conversion efforts. Some state legislators have argued that such bans are unnecessary because this practice doesn’t occur in their state. END_OF_DOCUMENT_TOKEN_TO_BE_REPLACED
Continue Reading
Author Interviews, Diabetes, JAMA / 12.08.2019

MedicalResearch.com Interview with: Pooyan Kazemian, Ph.D. Instructor in Medicine Massachusetts General Hospital  MedicalResearch.com: What is the background for this study? Response: Advances in diabetes care can meaningfully improve outcomes only if they effectively reach the populations at risk. However, it is not known if recent innovations in diabetes treatment and care models have reached the United States population at risk. END_OF_DOCUMENT_TOKEN_TO_BE_REPLACED
Continue Reading
Author Interviews, JAMA, Nutrition, Weight Research / 11.07.2019 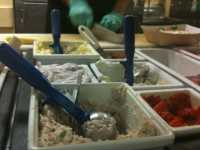 MedicalResearch.com Interview with: Anne Thorndike, MD, MPH Massachusetts General Hospital General Internal Medicine Division Boston, MA 02114 MedicalResearch.com: What is the background for this study? Response: Nearly one-third of the 150 million US adults who are employed are obese. Employees frequently eat meals acquired at work, and workplace food is often high in calories. Effective strategies for reducing non-nutritive energy intake during the workday could help address the rising prevalence of obesity. Simplified labeling, such as traffic-light labels, provide understandable information about the relative healthfulness of food and can be placed on menu boards, shelf labels, and individual packages to help employees make healthier choices. Choice architecture (e.g., product placement) interventions make it easier and more convenient for employees to choose a healthy item. It is unknown if labeling interventions are associated with sustained reductions in calorie intake, or if there are only temporary effects after which most people revert to higher-calorie choices. A previous study demonstrated that a hospital cafeteria traffic-light labeling and choice architecture program resulted in a higher proportion of healthy green-labeled purchases and lower proportion of unhealthy red-labeled purchases over two years. The current study analyzed calories purchased by a longitudinal cohort of 5,695 hospital employees who used the cafeteria regularly. The study examined changes in calories purchased over time and hypothesized the effect of the change in calorie intake on employees’ weight. END_OF_DOCUMENT_TOKEN_TO_BE_REPLACED
Continue Reading
Author Interviews, Brigham & Women's - Harvard, JAMA, Orthopedics, Osteoporosis, Surgical Research / 15.05.2019

MedicalResearch.com Interview with: Elaine W. Yu, MD, MMSc Assistant Professor,  Harvard Medical School Director, Bone Density Center Endocrine Unit, Massachusetts General Hospital MedicalResearch.com: What is the background for this study? What are the main findings?  Response: Roux-en-Y gastric bypass (RYGB) is a popular surgical weight loss procedure.  We have previously shown that gastric bypass leads to rapid high-turnover bone loss. Bariatric procedures are being increasingly performed in older adults, and the clinical consequences of gastric bypass-associated skeletal changes in this vulnerable population have been unclear to date.  Thus, we used Medicare claims data to investigate fracture risk among older adults after gastric bypass, and in comparison to adults who received another bariatric procedure called adjustable gastric banding (AGB), which is thought to have fewer negative bone effects. In our analysis, we found that patients undergoing Roux-en-Y gastric bypass were 73% more likely to fracture than those undergoing AGB. Importantly, we found that hip fracture risk increased nearly 180% after RYGB, and that fracture rates in patients aged 65 or older were similar to the overall group.  END_OF_DOCUMENT_TOKEN_TO_BE_REPLACED
Continue Reading
Author Interviews, Breast Cancer, Brigham & Women's - Harvard, Chemotherapy, NEJM / 24.02.2019

Link Between Apolipoprotein E and Brain Hemorrhage Varies by Ethnicity

MedicalResearch.com Interview with: Sandro Marini, MD Research Fellow Jonathan Rosand Laboratory Massachusetts General Hospital Boston, MA 02114 MedicalResearch.com: What is the background for this study? What are the main findings? Response: The epsilon(ε) 4 allele of the Apolipoprotein E (APOE) gene increases risk for Alzheimer’s disease (AD) and intracerebral hemorrhage (ICH). In both diseases, it is believed to increase risk through the deposition of beta-amyloid within the brain and blood vessels, respectively. The effect of APOE ε4 on both AD and ICH risk changes across populations, for unclear reasons. In our study, we confirmed the role of APOE ε4 for ICH risk in whites and found that the risk-increasing effect of the 4 allele is demonstrable in Hispanics only when balancing out the effect of hypertension. END_OF_DOCUMENT_TOKEN_TO_BE_REPLACED
Continue Reading
Author Interviews, JAMA, Opiods / 02.02.2019

Dr. Qiushi Chen (first author) and Jagpreet Chhatwal PhD Assistant Professor, Harvard Medical School Senior Scientist, Institute for Technology Assessment Massachusetts General Hospital MedicalResearch.com: What is the background for this study? What are the main findings? Response: Opioid overdose epidemic is a national public health emergency — in 2017, more than 49,000 people died from overdose. Our study shows that under current conditions, the number of deaths is projected to increase to 81,700 by 2025. Efforts to curb the epidemic by reducing the incidence of prescription opioid misuse — the primary focus of current interventions — will have a modest effect of 3-5% reduction in overdose deaths. END_OF_DOCUMENT_TOKEN_TO_BE_REPLACED
Continue Reading