MedicalResearch.com – Responses Marina Stasenko, MD Memorial Sloan Kettering Cancer Center MedicalResearch.com: What is the background for this study? What are the main findings? Response: Sexual harassment is a form of discrimination that includes gender harassment, unwanted sexual attention, and sexual coercion. A recent report in Fortune magazine noted that over half of US women have experienced sexual harassment at some point in their lives. Until recently, much of the conversation about sexual harassment in the workplace has been relegated to private discussions behind closed doors. However, the MeToo movement has shined a spotlight on the pervasive nature of sexual harassment in various fields, like media and business world. Although there are more female physicians in practice today than ever before, with women accounting for over 50% of young physicians, sexual harassment and gender disparities continue to plague the field of medicine. Despite the large female representation, gynecologic oncology is not immune from gender disparities. The Society of Gynecologic Oncology is a professional organization of over 2000 physicians, scientists, allied health professionals, nurses, and patient advocates dedicated to the care of patients with gynecologic cancer. As of 2015, 46% of members of the SGO were women, and that number is steadily growing. SGO leadership is also increasingly female – with 2 of the last 3 presidents being women. Despite the large female representation, gynecologic oncology is not immune from gender disparities. The 2015 SGO practice survey noted that while 22% of male Gynecologic Oncologists held the rank of professor, only 11% of their female counterparts held the title. They also noted that the mean annual salary for male physicians was nearly 150,000$ greater than salary for female physicians. Given the fact that there is little objective data on sexual harassment in gynecologic oncology, the objective of our study was to evaluate perceptions of sexual harassment and gender disparities among physician members of the Society of Gynecologic Oncology. END_OF_DOCUMENT_TOKEN_TO_BE_REPLACED
Continue Reading
ASCO, Author Interviews, Cancer Research, Cost of Health Care, Pharmaceutical Companies / 03.06.2019

There is increasing financial interest...

MedicalResearch.com Interview with: Manjeet Chadha, MD, MHA, FACR, FASTRO Prof. Radiation Oncology Director of the Department of Radiation Oncology Mount Sinai Downtown  MedicalResearch.com: What is the background for this study? Response: Largely, the goal of cancer care among the elderly is to de-escalate therapy searching for a modality that is both an effective treatment and also associated with minimal toxicity. Approximately, 30% of new breast cancers diagnosed annually are among women older than 70 years of age. Age-adjusted trends note a relatively higher incidence of stage I breast cancer in women between the ages of 70-74 years. For this group of patients, it is imperative that we take a closer look at the evidence-base for our current practice standards, and evaluate opportunities to improve cancer care delivery in the elderly. Randomized trials have helped arrive at an acceptance of adjuvant endocrine monotherapy in older patients with ER positive, node negative breast cancer. However, in the older patients high rates of non-compliance to tamoxifen secondary to poor tolerance is widely recognized. Emerging data also detail the side effect profile of aromatase inhibitors. Most commonly observed symptoms of arthralgia, reduced bone mineral density, and increased risk of fractures throughout the duration of treatment are important considerations for an older population. At least a quarter of patients on aromatase inhibitors discontinue therapy specifically due to skeletal events and musculoskeletal symptoms. Overall, the side effects of ET contribute to a high rate of non-compliance and negative impact on patients’ quality of life. END_OF_DOCUMENT_TOKEN_TO_BE_REPLACED
Continue Reading
ASCO, Author Interviews, Biomarkers, Melanoma, NYU / 02.06.2019 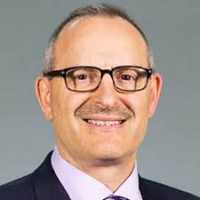 MedicalResearch.com Interview with: David Polsky, MD, PhD Dermatologist and Director of the Digmented Lesion Service Mahrukh M. Syeda, MS Research Associate Ronald O. Perelman Department of Dermatology NYU Langone Health MedicalResearch.com: What is the background for this study? Response: Several studies of metastatic melanoma patients have demonstrated that measuring circulating tumor DNA (ctDNA) associates with their disease burden and survival.  Generally, patients with detectable pre-treatment ctDNA levels and/or detectable ctDNA at various time intervals after starting treatment have shorter survivals than patients with lower pre-treatment or on-treatment ctDNA levels.  Studies have varied in their methods to detect ctDNA, the thresholds chosen to call a sample positive or negative, and the follow up time point for measurement, if any. In this study, we examined pre-treatment and week 4 on-treatment plasma samples from patients enrolled in Combi-D, the Phase III, randomized, double-blind trial of the BRAF and MEK inhibitors Dabrafenib and Trametinib, which led to FDA approval of the combination therapy for patients with unresectable stage III/IV melanoma. Only patients with BRAF V600E or V600K mutations identified from tumor genotyping were enrolled in the clinical trial. END_OF_DOCUMENT_TOKEN_TO_BE_REPLACED
Continue Reading