Chocolate in Moderation Might Lower Risk of Coronary Heart Disease 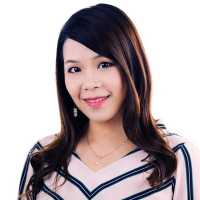 Anne Yuk-Lam Ho, MPH Million Veteran Program (MVP) Data Core MVP Coordinating Center VA Boston Healthcare System MedicalResearch.com: What is the background for this study? Response: Cardiovascular disease (CVD) has been the leading cause of morbidity and mortality globally. Prevalence of CVD among US population is approximately 7% which places huge burden on our healthcare systems. And prevalence of CVD is as high as 28% among veterans at the VA healthcare system as veteran users are primarily older male with more histories of comorbidities.  Most CVD risk factors including lipids and blood pressure can be controlled by lifestyle modifications, such as diet. Chocolate is among dietary factors that play a role in modulating CVD risk factors is widely consumed in the US (~2.8 billion pounds annually. Although previous studies have reported beneficial effects of chocolate and/or cacao products (rich in flavonoids) on lipids, glucose metabolism and risk of diabetes, and lipids, little is known about the association of chocolate intake with coronary artery disease (CAD) among US veterans. Thus, sought to test the hypothesis that chocolate consumption is associated with a lower risk of CAD among xxx US veterans enrolled in the Million Veteran Program.  END_OF_DOCUMENT_TOKEN_TO_BE_REPLACED
Continue Reading
Author Interviews, Chocolate, Ophthalmology / 26.09.2019 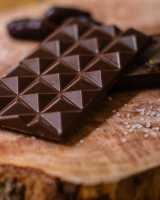 MedicalResearch.com Interview with: Dr. med. Jakob Siedlecki MD Department of Ophthalmology Ludwig-Maximilians-University Munich, Germany MedicalResearch.com: What is the background for this study? Response: The background is that a previous study has found beneficial effects of dark chocolate on visual function. This finding was attributed to improved blood supply due to vasodilation induced by Flavanols in dark chocolate. END_OF_DOCUMENT_TOKEN_TO_BE_REPLACED
Continue Reading
Author Interviews, Brigham & Women's - Harvard, Chocolate, Pediatrics, Weight Research / 01.11.2017

Chocolate Milk May Promote Weight Gain in Children and Adolescents

MedicalResearch.com Interview with: Jorge E. Chavarro, MD, ScD Associate Professor Departments of Nutrition and Epidemiology Harvard T.H. Chan School of Public Health Channing Division of Network Medicine Department of Medicine Brigham and Women’s Hospital and Harvard Medical School Boston, MA 02115 MedicalResearch.com: What is the background for this study? What are the main findings? Response: It is well known that sugared sweetened beverages (SSBs) promote excessive weight gain and obesity in children. The excess sugars in chocolate milk and other flavored milks puts them in a category that may be closer to sugared sweetened beverages than to plain milk. However, data on whether flavored milks promote weight gain is scarce. We followed a cohort of 5,321 children and adolescents over a four year period to evaluate whether intake of chocolate milks was related to weight gain. We found that children who increased their intake of flavored milk gained more weight than children whose intake of flavored milk remained stable over this period. Moreover, among those children who did not drink any chocolate milk at baseline, those who started drinking chocolate milk over the course of the study gained substantially more weight than children who remained non-consumers of chocolate milk. END_OF_DOCUMENT_TOKEN_TO_BE_REPLACED
Continue Reading
Author Interviews, Chocolate, Heart Disease, Nutrition / 27.10.2016

MedicalResearch.com Interview with: Xiaochen Lin, PhD Student and Simin Liu MD ScD MPH Professor of Epidemiology and Medicine Department of Epidemiology and Center for Global Cardiometabolic Health Brown University Providence, RI MedicalResearch.com: What is the background for this study? What are the main findings? Response: There have been quite a few studies implicating cocoa as a beneficial nutritional strategy to improve cardiometabolic health, and we and others have done work indicating that cocoa flavanol may be the active compound responsible for the beneficial effects. Therefore, we conducted this systematic review and meta-analysis of randomized trials that we could identify in studying cocoa flavanol and a variety of circulating cardio-metabolic biomarkers. The meta-analysis of 19 RCTs, involving 1,139 participants, shows that flavanol intake from cocoa products may reduce dyslipidemia, insulin resistance and systemic inflammation, and therefore improve cardiometabolic health. Through this research, we also identify the additional gaps in the current knowledge and potential target for future investigations. END_OF_DOCUMENT_TOKEN_TO_BE_REPLACED
Continue Reading
Author Interviews, BMJ, Chocolate, Heart Disease / 19.06.2015

MedicalResearch.com Interview with: Professor Phyo Kyaw Myint MBBS MD FRCP(Edin) FRCP(Lond) Clinical Chair in Medicine of Old Age Epidemiology Group, Division of Applied Health Sciences University of Aberdeen Scotland Medical Research: What is the background for this study? What are the main findings? Response: The research was carried out by academics from the Universities of Aberdeen, Manchester, Cambridge and East Anglia, as well as the Lancashire Teaching Hospital, the Medical Research Council Epidemiology Unit, Cambridge and the Academic Medical Centre, Amsterdam. It has been published online in the journal Heart. The team base their findings on almost 21,000 adults taking part in the EPIC-Norfolk study, which is tracking the impact of diet on the long term health of 25,000 men and women in Norfolk, England, using food frequency and lifestyle questionnaires. The researchers also carried out a systematic review of the available international published evidence on the links between chocolate and cardiovascular disease, involving almost 158,000 people—including the EPIC study participants. The EPIC-Norfolk participants (9214 men and 11 737 women) were monitored for an average of almost 12 years, during which time 3013 (14%) people experienced either an episode of fatal or non-fatal coronary heart disease or stroke. Around one in five (20%) participants said they did not eat any chocolate, but among the others, daily consumption averaged 7 g, with some eating up to 100 g. Higher levels of consumption were associated with younger age and lower weight (BMI), waist: hip ratio, systolic blood pressure, inflammatory proteins, diabetes and more regular physical activity —all of which add up to a favourable cardiovascular disease risk profile. Eating more chocolate was also associated with higher energy intake and a diet containing more fat and carbs and less protein and alcohol. The calculations showed that compared with those who ate no chocolate higher intake was linked to an 11% lower risk of cardiovascular disease and a 25% lower risk of associated death. It was also associated with a 9% lower risk of hospital admission or death as a result of coronary heart disease, after taking account of dietary factors. And among the 16,000 people whose inflammatory protein (CRP) level had been measured, those eating the most chocolate seemed to have an 18% lower risk than those who ate the least. The highest chocolate intake was similarly associated with a 23% lower risk of stroke, even after taking account of other potential risk factors. Of nine relevant studies included in the systematic review, five studies each assessed coronary heart disease and stroke outcome, and they found a significantly lower risk of both conditions associated with regular chocolate consumption. And it was linked to a 25% lower risk of any episode of cardiovascular disease and a 45% lower risk of associated death. The study concluded that cumulative evidence suggests higher chocolate intake is associated with a lower risk of future cardiovascular events. END_OF_DOCUMENT_TOKEN_TO_BE_REPLACED
Continue Reading
Author Interviews, Chocolate, Exercise - Fitness, Heart Disease, JACC, UCLA, UCSD / 17.03.2015

MedicalResearch.com Interview with: Pam R. Taub, MD, FACC Assistant  Professor of Medicine UC San Diego Health System Division of Cardiology Encinitas, CA 92024 Medical Research: What is the background for this study? Dr. Taub: Epidemiological studies indicate that the consumption of modest amounts of dark chocolate (DC), which contains the natural cacao flavanol (-)-epicatechin (Epi,) is associated with reductions in the incidence of cardiovascular diseases (CVD). The health benefits of dark chocolate have been attributed to Epi. Clinical studies using cocoa and/or DC in normal volunteers or subjects with CVD have reported improvements in peripheral and coronary vascular endothelial function, blood pressure, lipids, insulin resistance, and inflammatory markers. The mechanism underlying these improvements is thought to be due to increased nitric oxide levels and improved endothelial function. We have also shown that capacity of Epi to favorable impact mitochondria under normal and disease states. We previously conducted pilot study in five patients with heart failure and type II diabetes, and showed that in skeletal muscle (SkM) biopsies there is a severe reduction in mitochondrial volume and cristae, as well as, in structural/functional proteins. After treatment with Epi rich dark chocolate , there was a significant recovery of SkM mitochondrial cristae, structural/functional proteins (e.g. mitofilin), as well as in regulators of mitochondrial biogenesis. However, no studies have examined the capacity of Epi rich dark chocolate to enhance exercise capacity in normal subjects and assess its impact on mitochondrial and oxidative control systems. Medical Research: What are the main findings? Dr. Taub: Seventeen subjects were randomized to placebo (n=8) or DC groups (n=9) and consumed 2 squares of chocolate (20 g, provided by Hershey) for 3 months. We showed in the chocolate group subjects had improved levels of HDL cholesterol and enhanced exercise capacity that is linked to the stimulation of SkM metabolic control endpoints which enhance mitochondrial function. END_OF_DOCUMENT_TOKEN_TO_BE_REPLACED
Continue Reading
AHA Journals, Author Interviews, Chocolate, PAD / 03.07.2014

MedicalResearch.com Interview with: Lorenzo Loffredo, MD and Francesco Violi, MD Department of Internal Medicine and Medical Specialties Sapienza University of Rome, Rome, Italy; MedicalResearch: What are the main findings of the study? Answer: Dark chocolate is rich of polyphenols; these natural substances exert antioxidant properties and, through an increase of nitric oxide, dilate arteries. Our research group applied this effect to enhance blood flow in a very common disease, the peripheral arterial disease. This disease is characterized by reduced blood flow to the limbs. There are not any drugs that improve this blood flow, but dark chocolate could. Our study suggest that dark chocolate, and only dark chocolate, could reduce oxidative stress and improve blood flow and walking autonomy in patients with peripheral arterial disease. We observed no effect on blood flow, oxidative stress and on walking autonomy in PAD patients after milk chocolate assumption. This lack of effect was probably due to the low concentration of polyphenols in milk chocolate. END_OF_DOCUMENT_TOKEN_TO_BE_REPLACED
Continue Reading
Author Interviews, Chocolate, Nature, Nutrition, Pediatrics, Weight Research / 12.11.2013

MedicalResearch.com Interview with: Magdalena Cuenca García, PhD University of Granada Department of Physiology, School of Medicine Avd. Madrid 12; 18012 Granada (Spain) MedicalResearch.com: What are the main findings of the study? Answer: In conclusion, the results of the present study showed that a higher chocolate consumption was associated with lower levels of central and total fatness in European adolescents. Of note is that the observed association was independent of total energy intake and saturated fat intake as well as objectively measured physical activity. In addition, results remained unchanged after adjusting for foods with high catechins concentration as fruit, vegetables and tea; as well as other products such as coffee that could influence the observed association between chocolate consumption and markers of total and central body fat. END_OF_DOCUMENT_TOKEN_TO_BE_REPLACED
Continue Reading