MedicalResearch.com Interview with: CDR Andrew Geller, MD Medical Officer, Medication Safety Program Division of Healthcare Quality Promotion, CDC Atlanta GA 30329 MedicalResearch.com: What is the background for this study? Response: There has been a lot of recent attention on drug overdoses in the United States, particularly fatal overdoses which involve opioids. But the overall frequency with which patients end up in the emergency department (ED) due to nonmedical use of medications across the US is unknown. With this analysis, we wanted to focus on the acute harms to individual patients from nonmedical use of all medications, in order to help target prevention efforts. END_OF_DOCUMENT_TOKEN_TO_BE_REPLACED
Continue Reading
AHA Journals, Author Interviews, Blood Pressure - Hypertension, Emory, Obstructive Sleep Apnea, Race/Ethnic Diversity, Sleep Disorders / 26.12.2018 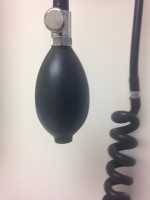 MedicalResearch.com Interview with: Dayna A. Johnson PhD Department of Epidemiology Emory University Atlanta, GA MedicalResearch.com: What is the background for this study? What are the main findings? Response: There are several studies that have determined that African Americans have the highest prevalence of hypertension and are the most likely to have uncontrolled hypertension compared to other racial/ethnic groups. We were interested in studying whether sleep apnea contributed to hypertension control among African Americans. We found that participants with sleep apnea were more likely to have resistant hypertension than those without sleep apnea. In particular, individuals with severe sleep apnea had the highest risk of resistant hypertension. Most of the participants with measured sleep apnea were undiagnosed (96%).  END_OF_DOCUMENT_TOKEN_TO_BE_REPLACED
Continue Reading
Author Interviews, Cancer Research, Cost of Health Care, Dermatology, Emory, JAMA, Medicare / 21.09.2018 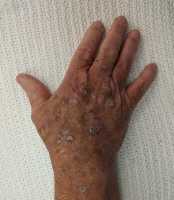