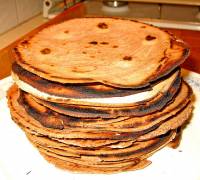 Vijaya Kancherla, PhD Research Assistant Professor, Department of Epidemiology Epidemiologist, Center for Spina Bifida Prevention Rollins School of Public Health Emory University Atlanta GA 30322 MedicalResearch.com: What is the background for this study?  Response: The scientific evidence since 1991 has shown that folic acid prevents from 35%-95% of neural tube birth defects that are caused due to low folic acid (also known as vitamin B9) in the mother’s diet prior to conception and during early pregnancy. Neural tube defects form in the embryo at 4th week of gestation when most women are unaware they are pregnant. Taking any amount of folic acid after the 4th week of pregnancy will not prevent neural tube defects. There is no cure for these birth defects. So, it matters for women to have enough folic acid prior to conception and in the first four weeks of pregnancy. If a woman is not taking prenatal vitamins that early, folic acid fortified foods come to rescue. Foods fortified with folic acid will prevent folate deficiency for everyone, and offer the benefit to mothers who were not planning their pregnancies or were not taking folic acid pills. If corn masa flour and tortillas were fortified with folic acid, that would help millions of reproductive aged women have healthy stores of folic acid in their bodies, to prepare them for their pregnancy, irrespective of their pregnancy plans. Prior to April 2016, folic acid (also known as vitamin B9) was not allowed to be added to corn masa flour (or products made from masa such as tortillas and tortilla chips) in the US. So, there was no expectation of having folic acid in these products. The March of Dimes, Spina Bifida Foundation, the American Academy of Pediatricians, Gruma Corporation and others filed a petition with the US FDA and succeeded in allowing millers to voluntarily add folic acid to corn masa flour and tortillas as a food additive. This regulation was implemented by the US FDA in April 2016.  END_OF_DOCUMENT_TOKEN_TO_BE_REPLACED
Continue Reading
Author Interviews, JAMA, Mental Health Research, Nutrition, OBGYNE / 05.07.2018

MedicalResearch.com Interview with: Joshua L. Roffman, MD Department of Psychiatry Mass General Hospital MedicalResearch.com: What is the background for this study? What are the main findings? Response: Autism, schizophrenia, and other serious mental illness affecting young people are chronic, debilitating, and incurable at present.  Recent public health studies have associated prenatal exposure to folic acid, a B-vitamin, with reduced subsequent risk of these illnesses.  However, until this point, biological evidence supporting a causal relationship between prenatal folic acid exposure and reduced psychiatric risk has remained elusive. We leveraged the rollout of government-mandated folic acid fortification of grain products in the U.S. from 1996-98 as a "natural experiment" to determine whether increased prenatal folic acid exposure influenced subsequent brain development.  This intervention, implemented to reduce risk of spina bifida and other disabling neural tube defects in infants, rapidly doubled blood folate levels among women of childbearing age in surveillance studies. Across two large, independent cohorts of youths age 8 to 18 who received MRI scans, we observed increased cortical thickness, and a delay in age-related cortical thinning, in brain regions associated with schizophrenia risk among individuals who were born during or after the fortification rollout, compared to those born just before it.  Further, delayed cortical thinning also predicted reduced risk of psychosis spectrum symptoms, a finding that suggests biological plausibility in light of previous work demonstrating early and accelerated cortical thinning among school-aged individuals with autism or psychosis. END_OF_DOCUMENT_TOKEN_TO_BE_REPLACED
Continue Reading
Author Interviews, Autism, JAMA, Nutrition, OBGYNE / 27.12.2017

MedicalResearch.com Interview with: Dr. Marte Bjørk, MD PhD Department of Clinical Medicine University of Bergen, Department of Neurology Haukeland University Hospital Bergen, Norway MedicalResearch.com: What is the background for this study? Response: In utero antiepileptic drug exposure are associated with neurodevelopmental problems in the child. We looked into if maternal folate during pregnancy could reduce the risk of autistic traits in children of women in need of antiepileptic drugs in pregnancy. The rationale for the hypothesis that folate could be beneficial, was that many antiepileptic drugs interact with folate metabolism. Folic acid supplement use is also associated with slightly reduced risk of autism in children of women from the general population. END_OF_DOCUMENT_TOKEN_TO_BE_REPLACED
Continue Reading
Author Interviews, Autism, Environmental Risks, OBGYNE, Toxin Research, UC Davis / 12.09.2017

MedicalResearch.com Interview with: Rebecca J. Schmidt, M.S., Ph.D.  Assistant Professor, Public Health Sciences UC Davis California MedicalResearch.com: What is the background for this study? Response: Maternal folic acid taken near conception has been linked to reduced risk for autism in the child in previous studies. Separate studies show that exposure to pesticides during pregnancy is associated with increased risk for autism. Animal studies demonstrate that folic acid and other B-vitamins can attenuate effects of certain environmental contaminants, including pesticides. This case-control study examined combined maternal folic acid and pesticide exposures in relation to autism in the child. END_OF_DOCUMENT_TOKEN_TO_BE_REPLACED
Continue Reading
Author Interviews, JAMA, Kidney Disease / 23.08.2016

Fan Fan Hou MD Chief, Division of Nephrology, Nanfang Hospital Professor of Medicine, Southern Medical University MedicalResearch.com: What is the background for this study? What are the main findings? Response: Previous trials (HOST and DIVINe) of folic acid therapy in CKD patients were conducted in patients with advanced CKD and treated with super-high dose of vitamin B or with cyanocobalamin that has been shown to be renal toxic. The current study sought to evaluated the efficacy of folic acid therapy without cyanocobalamin on renal outcomes in patients without folic acid fortification and across a spectrum of renal function at baseline from normal to moderate CKD. We found that treatment with enalapril-folic acid, as compared with enalapril alone, reduced the risk of progression of CKD by 21% and the rate of eGFR decline by 10% in hypertensive patients. More importantly, the presence of CKD at baseline was a significant modifier of the treatment effect (p for interaction = 0.01). Patients with CKD benefited most from the folic acid therapy, with a 56% and 44% reduction in the risk for progression of CKD and the rate of eGFR decline, respectively. In contrast, the renal protective effect in those without CKD was nominal. END_OF_DOCUMENT_TOKEN_TO_BE_REPLACED
Continue Reading
Author Interviews, CDC, OBGYNE, Supplements / 15.01.2015

MedicalResearch.com Interview with: Prof. Nicholas J. Wald Wolfson Institute of Preventive Medicine Barts and the London School of Medicine and Dentistry Queen Mary University of London London, United Kingdom MedicalResearch.com: What are the main findings of the study? Prof Wald: The percentage of women who become pregnant without having taken folic acid supplements to reduce the risk of a neural tube defect declined from a relatively low proportion (35%) to an even lower one (31%) between 1999 and 2012. Moreover such use of folic acid in some groups of the population is much lower for example 17% in Afro-Caribbean women and 6% in women aged under 20. END_OF_DOCUMENT_TOKEN_TO_BE_REPLACED
Continue Reading