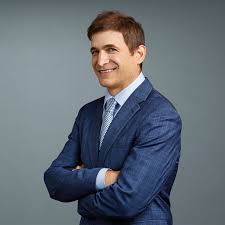 MedicalResearch.com Interview with: David Charytan, MD MSc Chief, Nephrology Division NYU Langone Medical Center New York, NY 10010  MedicalResearch.com: What is the background for this study? What are the main findings?  Response: Cardiovascular events are much more frequent in patients with impaired kidney function (chronic kidney disease), and cardiovascular disease is the most common cause of death in advanced chronic kidney disease. This risk remains high despite the use of standard medical therapies including statins, the most commonly used cholesterol lowering agents. The PCSK9 inhibitor evolocumab is a new class of highly potent cholesterol lowering medications that can further reduce the risk of cardiovascular events in patients already taking statins. We analyzed data from the FOURIER trial, which randomized study patients with clinically evident atherosclerosis and an LDL cholesterol level >=70 mg/dL or HDL cholesterol level >= while on a statin, to assess the safety and efficacy of evolocumab, a PCSK9 inhibitor, compared with placebo in individuals with mild to moderate chronic kidney disease. There were several major findings
0 Comments
Continue Reading
Author Interviews, Exercise - Fitness, Kidney Disease, Nutrition, UT Southwestern / 24.02.2019

MedicalResearch.com Interview with: Dr. Wanpen Vongpatanasin, M.D. Professor of Medicine Norman & Audrey Kaplan Chair in Hypertension Fredric L. Coe Professorship in Nephrolithiasis and Mineral Metabolism Research Director, Hypertension Section, Cardiology Division, UT Southwestern Medical Center    MedicalResearch.com: What is the background for this study? Response: Increased sedentary activity is commonly seen in people who regularly consume fast food but previously studies have not identified potential mechanisms beyond increased obesity and lack of motivation. Our study seeks to determine if inorganic phosphate, a commonly used food additives that are present in up to 70% of foods in the American diet, maybe the culprit. These food additives (which may come in the form of monocalcium phosphate, phosphoric acid, or tetrasodium phosphate, etc. are used to make the food taste better and/or last longer. It is found mostly in prepackaged foods, cola drinks, and bakery items (cookies, cake, and bread). This is very different from organic phosphates that are found naturally in many healthful foods, such as fruits and vegetables, which are not not readily absorbed from the GI tract. In the Dallas Heart Study, a multiethnic population-based study, we found that serum phosphate is significantly associated with sedentary time and increased time spent in moderate-to-vigorous physical activity which was measured by wrist actigraphy device. This is not explained by reduce cardiac function as ejection fraction remains normal at higher serum phosphate. END_OF_DOCUMENT_TOKEN_TO_BE_REPLACED
0 Comments
Continue Reading
Author Interviews, Geriatrics, Kidney Disease / 28.02.2015

MedicalResearch.com Interview with: Nisha Bansal MD MAS Assistant Professor Associate Program Director for Research Kidney Research Institute Division of Nephrology University of Washington Medical Research: What is the background for this study? What are the main findings? Dr. Bansal: We pursued this study to develop a prediction equation for death among elderly patients with chronic kidney disease (CKD), a high-risk patient population that is often difficult to manage given competing risks of end stage renal disease (ESRD) vs. death. In this paper, we developed and validated a simple prediction equation using variables that are readily available to all clinicians. END_OF_DOCUMENT_TOKEN_TO_BE_REPLACED
0 Comments
Continue Reading