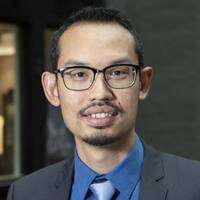 How Do Puberty, Menopause and BCPs Affect Risk of Diabetes? 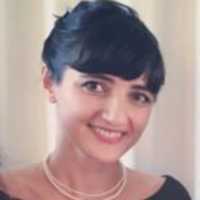 Dr Sopio Tatulashvili Avicenne Hospital Bobigny, France MedicalResearch.com: What is the background for this study? Response: Diabetes and pre-diabetes are associated with increased cardiovascular morbidity and mortality. Early screening and the treatment of glucose metabolism disorders could lower the risk of further complications. Furthermore, type 2 diabetes can be prevented. For this purpose, it is of major importance to better identify the risk factors of type 2 diabetes. Hormonal factors are increasingly suspected to play a role in the etiology of type 2 diabetes. The aim of this study was to determine the associations between various hormonal factors and the risk of incident type 2 diabetes in the large prospective female E3N (Etude Épidémiologique de Femmes de la Mutuelle Générale de L’Education Nationale) cohort study. Based on a very detailed set of information available in 83,799 women from the large prospective E3N cohort study followed for 22 years, we have been able to clarify the relationships between various hormonal factors and type 2 diabetes risk.   END_OF_DOCUMENT_TOKEN_TO_BE_REPLACED
Continue Reading
Author Interviews, Endocrinology, NIH, Pediatrics / 19.08.2019

MedicalResearch.com Interview with: Dr Ahmed Elhakeem PhD Senior Research Associate in Epidemiology University of Bristol MedicalResearch.com: What is the background for this study? What are the main findings? Response: We know that the denser (stronger) your bones are, the less likely they are to break (fracture). We also have reliable evidence that later maturing adolescents tend on average to have lower bone density than their earlier maturing peers. We wanted to find out how the timing of puberty might influence the development of bone density throughout adolescence and into early adult life. We did this by following up a large group of young people born in the early 90s around Bristol, UK that took part in a unique study (the Children of the 90s study) that included repeated density scans over a 15-year period from age ten to 25. We found that those later maturing adolescents that got their growth spurt at an older age tended to catch-up to some degree to their earlier maturing peers during puberty however, they continued on average to have lower bone density than average for several years into adulthood. END_OF_DOCUMENT_TOKEN_TO_BE_REPLACED
Continue Reading
Author Interviews, Endocrinology, Pediatrics / 03.03.2019 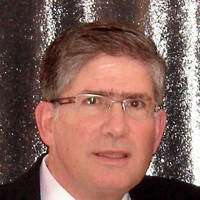 MedicalResearch.com Interview with: Yehuda Limony, MD, MSc Pediatric Endocrinology Unit Faculty of Health Sciences Ben-Gurion University of the Negev Clalit Health Services Beer-Sheva, Israel  MedicalResearch.com: What is the background for this study? Response: The variability of the onset age of puberty is the subject of many studies in numerous disciplines; nonetheless, the timing of puberty remains an enigma. The conventional paradigm is that the time of onset of puberty is genetically determined even though genome-wide association studies explain only a very low percentage of the physiologic variability. It is commonly believed, therefore, that many environmental factors interfere with the genetics of timing of puberty. On the other hand, children grow toward an adult height that is the standardized average of parents' height called "target height". That is why children are usually similar in height to parents. This targeted growth process is evident especially in children whose height percentile in childhood is different from their target height percentile (we called this difference the "height gap"). It is known that the timing of puberty is associated with adult height: earlier puberty causes shorter adult height and vice versa. We hypothesized that the targeted process of growth involves adaptation of the age of onset of puberty in accordance with the height gap. END_OF_DOCUMENT_TOKEN_TO_BE_REPLACED
Continue Reading
Author Interviews, Endocrinology, OBGYNE, Smoking / 24.10.2018 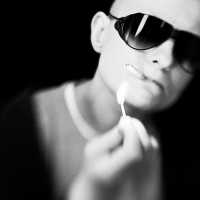 Nis Brix M.D., PhD Student Department of Public Health Department of Epidemiology Aarhus University Hospital  MedicalResearch.com: What is the background for this study? What are the main findings?  Response: Several studies have indicated a secular trend towards earlier puberty. This is a potential concern as early puberty has been linked to an increased risk of a number of diseases, such as obesity, diabetes, cardiovascular diseases and certain types of cancer. For this reason, our research team are interested in identifying potential modifiable causes of early puberty. Smoking during pregnancy may be such a modifiable cause of early puberty in the children. Former studies have already linked smoking during pregnancy to earlier age at the daughters’ first menstrual period, a relatively late marker of pubertal development, but other markers of puberty are less studied, especially in the sons. We studied 15,819 sons and daughters. The mothers gave detailed information on smoking during their pregnancies, and the children gave information on a number of pubertal milestones half-yearly from the age of 11 years. The milestones for the sons were age at voice break, first ejaculation of semen, pubic hair and testicular growth, armpit hair growth and onset of acne. For the daughters the milestones were age at their first menstrual period, pubic hair growth, breast development, armpit hair growth and onset of acne. Our results suggested that the more cigarettes the mother smoked during her pregnancy the earlier her children, both sons and daughters, went through puberty. If the mother smoked more than ten cigarettes a day during pregnancy, the children appeared to go through puberty, on average, three to six months earlier than the children of non-smoking mothers. END_OF_DOCUMENT_TOKEN_TO_BE_REPLACED
Continue Reading
Author Interviews, Cannabis, Pediatrics / 21.05.2018

Natalie Castellanos Ryan, PhD École de Psychoéducation Université de Montréal Outremont Canada  MedicalResearch.com: What is the background for this study? Response: Our study followed a group of boys living in low socioeconomic neighbourhoods in Montreal (N=1030) from early childhood to 28 years of age to investigate: 1) whether the age at which one starts to use cannabis across adolescence is associated with the risk of developing drug abuse by early adulthood, when one controls for  arrange of known risk factors for cannabis use and problems assessed across development (risk factors in childhood, adolescence and early adulthood); and 2) the developmental pathways from early risk factors to drug abuse problems. To examine these associations, the study collected  self-reported cannabis use information from these boys annually from ages 13 to 17 years and drug abuse symptoms at 28 years, as well as teacher, parent and child reported information on a number of environmental (family and friend) and child characteristics (e.g., impulsivity, delinquency, school performance) across childhood and adolescence. Alcohol and other drug use was also assessed across adolescence and early adulthood. END_OF_DOCUMENT_TOKEN_TO_BE_REPLACED
Continue Reading
Author Interviews, Bone Density, Dermatology, Endocrinology, Osteoporosis, Pediatrics / 03.12.2017

MedicalResearch.com Interview with: Diana L. Cousminer, PhD Division of Human Genetics Children's Hospital of Philadelphia Philadelphia, PA 19104 MedicalResearch.com: What is the background for this study? What are the main findings? Response: Osteoporosis is a significant public health burden, with origins early in life. Later puberty and lower adolescent bone mineral density are both risk factors for osteoporosis. Geneticists have identified hundreds of genetic variants across the genome that impact pubertal timing, and we found that collectively this variation also plays a role in bone mineralization during adolescence. Additionally, we found that later puberty caused lower adult bone density. END_OF_DOCUMENT_TOKEN_TO_BE_REPLACED
Continue Reading
Author Interviews, Brigham & Women's - Harvard, OBGYNE, Pediatrics, Sugar / 28.01.2015

MedicalResearch.com Interview with: Karin B. Michels,...

MedicalResearch.com Interview with: Sylvie Mrug, PhD Departments of Psychology and Health Behavior University of Alabama at Birmingham, Birmingham, Alabama;   MedicalResearch.com: What are the main findings of the study? Dr. Mrug: Experiencing early puberty and having a best friend who misbehaves at age 11 both contribute to more aggressive and delinquent behavior in adolescent girls. Although most of these effects are transient and disappear by age 16, early maturing girls are at risk for continually higher delinquent behavior. Early puberty also seems to make girls more vulnerable to negative peer influences. END_OF_DOCUMENT_TOKEN_TO_BE_REPLACED
Continue Reading
This website uses cookies to improve your experience. We'll assume you're ok with this, but you can opt-out if you wish.AcceptReject Read More
Privacy & Cookies Policy