MedicalResearch.com Interview with: Manjeet Chadha, MD, MHA, FACR, FASTRO Prof. Radiation Oncology Director of the Department of Radiation Oncology Mount Sinai Downtown  MedicalResearch.com: What is the background for this study? Response: Largely, the goal of cancer care among the elderly is to de-escalate therapy searching for a modality that is both an effective treatment and also associated with minimal toxicity. Approximately, 30% of new breast cancers diagnosed annually are among women older than 70 years of age. Age-adjusted trends note a relatively higher incidence of stage I breast cancer in women between the ages of 70-74 years. For this group of patients, it is imperative that we take a closer look at the evidence-base for our current practice standards, and evaluate opportunities to improve cancer care delivery in the elderly. Randomized trials have helped arrive at an acceptance of adjuvant endocrine monotherapy in older patients with ER positive, node negative breast cancer. However, in the older patients high rates of non-compliance to tamoxifen secondary to poor tolerance is widely recognized. Emerging data also detail the side effect profile of aromatase inhibitors. Most commonly observed symptoms of arthralgia, reduced bone mineral density, and increased risk of fractures throughout the duration of treatment are important considerations for an older population. At least a quarter of patients on aromatase inhibitors discontinue therapy specifically due to skeletal events and musculoskeletal symptoms. Overall, the side effects of ET contribute to a high rate of non-compliance and negative impact on patients’ quality of life. END_OF_DOCUMENT_TOKEN_TO_BE_REPLACED
Continue Reading
Alzheimer's - Dementia, Author Interviews, BMJ, Hormone Therapy / 07.03.2019

Long Term Hormone Use May Raise Risk of Alzheimer’s Disease 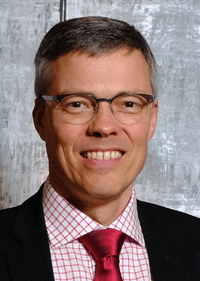 MedicalResearch.com Interview with: Tomi Mikkola MD Associate Professor Helsinki University Hospital Department of Obstetrics and Gynecology Helsinki, Finland MedicalResearch.com: What is the background for this study? What are the main findings? Response: In Finland we have perhaps the most comprehensive and reliable medical registers in the world. Thus, with my research group I have conducted various large studies evaluating association of postmenopausal hormone therapy use and various major diseases (see e.g. the references in the B;MJ paper). There has been various smaller studies indicating that hormone therapy might be protective for all kinds of dementias, also Alzheimer’s disease. However, we have quite recently shown that hormone therapy seems to lower the mortality risk of vascular dementia but not Alzheimer’s disease (Mikkola TS et al. J Clin Endocrinol Metab 2017;102:870-7). Now in this upcoming BMJ-paper we report in a very large case-control study (83 688 women with Alzheimer’s disease and same number of control women without the disease) that systemic hormone therapy was associated with a 9-17% increased risk of Alzheimer’s disease. Furthermore, this risk increase is particularly in women using hormone therapy long, for more than 10 years. This was somewhat surprising finding, but it underlines the fact that mechanisms behind Alzheimer’s disease are likely quite different than in vascular dementia, where the risk factors are similar as in cardiovascular disease. We have also shown how hormone therapy protects against cardiovascular disease, particularly in women who initiate hormone therapy soon after menopause. END_OF_DOCUMENT_TOKEN_TO_BE_REPLACED
Continue Reading
Author Interviews, Endocrinology, JAMA, Menopause, OBGYNE / 13.12.2017

Menopausal Hormone Replacement Should Not Be Used For Disease Prevention

MedicalResearch.com Interview with: Dr. Suzanne Fenske, MD Assistant Professor of Obstetrics, Gynecology and Reproductive Science Icahn School of Medicine at Mount Sinai  MedicalResearch.com: What is the background for this study? What are the main findings? Response: USPSTF recommendations are based off several studies, but is mainly based off of the Women's Health Initiative. The Women's Health Initiative was a 15 year prevention study with a focus on death, disability and impaired quality of life in postmenopausal women. This study was originally performed in 1991. The USPSTF reevaluated the data along with several other studies to assess the role of hormone replacement therapy in prevention of chronic diseases such as heart disease, stroke, blood clot, gallbladder disease, dementia.  The USPSTF has found that hormone replacement therapy has some benefit in reducing the risk of fractures, and, potentially, diabetes.  The USPSTF has found that hormone replacement therapy can increase the risk of coronary artery disease, stroke, blood clot, gall bladder disease, urinary incontinence and dementia. With these risks, the USPSTF states that hormone replacement therapy should not be used as a preventative medicine, but, rather, used for treatment of symptomatic menopause and not prevention of osteoporosis or heart disease. END_OF_DOCUMENT_TOKEN_TO_BE_REPLACED
Continue Reading
Author Interviews, Breast Cancer / 08.11.2017

Should Hormonal Therapy Be Extended Past Five Years After Estrogen+ Breast Cancer?

MedicalResearch.com Interview with: Dr Hongchao Pan PhD Medical Research Council Population Health Research Unit Clinical Trial Service Unit & Epidemiological Studies Unit Nuffield Department of Population Health Oxford MedicalResearch.com: What is the background for this study? What are the main findings? Response: We’ve known for a long time that recurrences can occur late in women with oestrogen receptor positive breast cancers. Our study aimed to assess how big the risk was for women who had taken endocrine treatment (tamoxifen or an aromatase inhibitor) for 5 years, which greatly reduces the risk of recurrence (by about a half during treatment and one third for the 5 years after stopping). We also wanted to find out what factors influenced the risk of recurrence, and whether some women had such a low risk that they could safely stop hormonal treatment after 5 years or, conversely, whether other women had a particularly high risk so it would make sense for them to keep on taking hormonal treatment. What we found by following the progress of over 60,000 women who had stopped hormonal treatment at 5 years is that the risk of the cancer spreading stays about the same for the next 15 years. This risk is much higher for women whose breast cancer had spread to the nodes when first diagnosed but even for those with the best outlook (no spread to the lymph nodes and small tumours), there was a 10% chance of cancer spread over 15 years. END_OF_DOCUMENT_TOKEN_TO_BE_REPLACED
Continue Reading
Author Interviews, Brigham & Women's - Harvard, Endocrinology, Hormone Therapy, JAMA, Menopause / 13.09.2017

MedicalResearch.com Interview with: JoAnn E. Manson, MD, DrPH Chief, Division of Preventive Medicine Brigham and Women's Hospital Professor of Medicine and the Michael and Lee Bell Professor of Women's Health Harvard Medical School Boston, Massachusetts  02215  MedicalResearch.com: What is the background for this study? Response: The current report provides new information on total mortality and the rates of death from specific causes (cardiovascular disease, cancer, other major illnesses) over 18 years of follow-up in the Women’s Health Initiative (WHI) randomized trials of hormone therapy (estrogen + progestin and estrogen alone). This is the first WHI report to focus on all-cause and cause-specific mortality. It includes all of the 27,347 women in the 2 hormone therapy trials with >98% follow-up over 18 years, during which time 7,489 deaths occurred. This is more than twice as many deaths as were included in earlier reports. The report also provides detailed information on differences in results by age group (ages 50-59, 60-69, 70-79) at time of study enrollment. END_OF_DOCUMENT_TOKEN_TO_BE_REPLACED
Continue Reading
Author Interviews, Brigham & Women's - Harvard, Endocrinology, Hearing Loss, Menopause / 11.05.2017

MedicalResearch.com Interview with: Kevin T. Nead, MD, MPhil Resident, Radiation Oncology Perelman School of Medicine Hospital of the University of Pennsylvania. MedicalResearch.com: What is the background for this study? Response: Androgen deprivation therapy is a primary treatment for prostate cancer and works by lowering testosterone levels. There is a strong body of research suggesting that low testosterone can negatively impact neurovascular health and function. We were therefore interested in whether androgen deprivation therapy is associated with dementia through an adverse impact on underlying neurovascular function. END_OF_DOCUMENT_TOKEN_TO_BE_REPLACED
Continue Reading
Author Interviews, Diabetes, Endocrinology, Hormone Therapy / 19.09.2016

MedicalResearch.com Interview with: Jon Rasmussen, MD, PhD fellow Department of Internal Medicine Herlev Hospital, Denmark MedicalResearch.com: What is the background for this study? Response: Abuse of anabolic androgenic steroids has become highly prevalent among young men involved in recreational strength training. A recent meta-analysis estimated that approximately 18% of young men involved recreational strength training abuse anabolic steroids. Well-known adverse effects following abuse of anabolic steroids include hypogonadism (For those who have interest, we have recently published a paper concerning this issue, it can be read and downloaded at: http://journals.plos.org/plosone/article?id=10.1371/journal.pone.0161208). Yet, we have a poor understanding on the adverse effects these compounds might have on the metabolism and insulin sensitivity. END_OF_DOCUMENT_TOKEN_TO_BE_REPLACED
Continue Reading
Author Interviews, Cognitive Issues, Endocrinology, OBGYNE / 03.06.2015 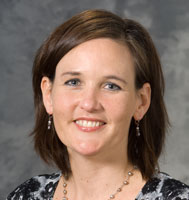 MedicalResearch.com Interview with: Dr.Carey Gleason Ph.D School of Medicine and Public Health, University of Wisconsin Geriatric Research, Education and Clinical Center William S. Middleton Memorial Veterans Hospital Wisconsin Alzheimer's Disease Research Center, Madison, Wisconsin Dr. Gleason: In this response I refer to hormone therapy (HT), which was formally called hormone "replacement" therapy. In particular, we examined menopausal HT, i.e., the use of HT during the menopausal transition to address menopausal symptoms. Medical Research: What is the background for this study? What are the main findings? Dr. Gleason: The WHI Memory Study (WHIMS) suggested that HT was associated with cognitive harm for women age 65 and older. In contrast, we found that the cognitive performance of women randomized to receive menopausal hormone therapy did not differ from that of women randomized to receive the placebo. On a measure of mood states, women treated with conjugated equine estrogens showed improvements compared to those on placebo. END_OF_DOCUMENT_TOKEN_TO_BE_REPLACED
Continue Reading
Author Interviews, Brigham & Women's - Harvard, Hormone Therapy, JAMA, Medical Research Centers, Menopause / 07.10.2013

Hormone therapy may be hazardous for men with heart conditions