MedicalResearch.com Interview with: Rayyan Raja Zafar BSc. MSc. MRSB. Medical Research Council Doctoral Training Partnership (MRC DTP) PhD Candidate Centre for Psychedelic research & Neuropsychopharmacology Division of Psychiatry Department of Brain Sciences, Faculty of Medicine Professor David Nutt DM, FRCP, FRCPsych, FSB, FMedSci Faculty of Medicine, Department of Brain Sciences The Edmond J Safra Chair in Neuropsychopharmacology Imperial College London MedicalResearch.com: What is the background for this study? Response: Since 2018 medical cannabis prescription has become legal in the UK for patients to access. In spite of this legal change less than 3 NHS prescriptions have been made available and access to whole-plant medical cannabis products has been restricted largely to private prescriptions with very few clinicians prescribing such products. There has been a lot of anecdotal and real world evidence of the value of whole-plant medical cannabis in children suffering with treatment resistant epilepsy. END_OF_DOCUMENT_TOKEN_TO_BE_REPLACED
Continue Reading
Author Interviews, Epilepsy, FDA / 29.05.2019 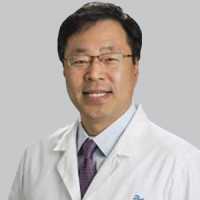 MedicalResearch.com Interview with: Dr. Steven S. Chung, MD Executive Director and Program Chair Neuroscience Institute and Director of the Epilepsy Program Banner – University Medical Center MedicalResearch.com: What is the background for this study? How is Nayzilam different from other treatments for epilepsy? Who/How is it administered?  Response: NAYZILAM is the first medication and only FDA-approved nasal option for treating seizure clusters. NAYZILAM allows for administration by a non-healthcare professional to patients when a seizure cluster occurs, which could provide significant value to patients who currently have limited treatment options for SC. The effectiveness of NAYZILAM was established in a randomized, double-blind, placebo-controlled trial (Study 1; NCT 01390220). Study 1 was conducted in two phases: an open-label Test Dose Phase followed by a randomized, double-blind, placebo-controlled, Comparative Phase. In the Test Dose Phase, tolerability was assessed in 292 patients. Patients were excluded from participation in the Comparative Phase if they failed to meet pre-defined blood pressure, heart rate, sedation, electrocardiogram, and peripheral oxygen saturation criteria. In the Comparative Phase, 201 patients treated a single seizure cluster episode in an outpatient setting. Numerical differences in favor of NAYZILAM were observed on each of the components of the treatment success responder definition; termination of seizure(s) within 10 minutes after initial dose of study drug (80.6 versus 70.1%) and the absence of seizure recurrence between 10 minutes and 6 hours after the initial dose of study drug (58.2 versus 37.3%). Study 1 also evaluated the occurrence and time to next seizure after the initial blinded dose of study drug. A smaller proportion of NAYZILAM-treated patients experienced the next seizure within 24 hours after the initial blinded dose of study drug (37.3% versus 46.3%). NAYZILAM-treated patients experienced a statistically longer time-to-next-seizure than the placebo group.   END_OF_DOCUMENT_TOKEN_TO_BE_REPLACED
Continue Reading
Author Interviews, Epilepsy, Neurological Disorders, NYU, Pharmaceutical Companies / 17.05.2018

Anup Patel, M.D. Section Chief of Neurology Interim Division Chief of Neurology Nationwide Children’s Hospital MedicalResearch.com: What is the background for this study? Response: The study evaluated kids and adults with an epilepsy syndrome (Lennox Gastaut Syndrome – LGS) that is often difficult to treat and does not respond well to current medical treatment.  The study was a double blind randomized control trial evaluating how well a plant based, liquid solution, cannabidiol (CBD) product made by Greenwich Biosciences called Epidiolex helped to treat drop seizures (the most common seizure type in LGS) and how safe it was compared to placebo.  Two doses (10 mg/kg/day and 20 mg/kg/day) were evaluated compared to placebo. END_OF_DOCUMENT_TOKEN_TO_BE_REPLACED
Continue Reading
Author Interviews, Autism, JAMA, Nutrition, OBGYNE / 27.12.2017

MedicalResearch.com Interview with: Dr. Marte Bjørk, MD PhD Department of Clinical Medicine University of Bergen, Department of Neurology Haukeland University Hospital Bergen, Norway MedicalResearch.com: What is the background for this study? Response: In utero antiepileptic drug exposure are associated with neurodevelopmental problems in the child. We looked into if maternal folate during pregnancy could reduce the risk of autistic traits in children of women in need of antiepileptic drugs in pregnancy. The rationale for the hypothesis that folate could be beneficial, was that many antiepileptic drugs interact with folate metabolism. Folic acid supplement use is also associated with slightly reduced risk of autism in children of women from the general population. END_OF_DOCUMENT_TOKEN_TO_BE_REPLACED
Continue Reading
Author Interviews, Brigham & Women's - Harvard, Cannabis, Pediatrics, Pediatrics / 07.11.2017

Medical Tetrahydrocannabinol May Be Beneficial For Seizures and Chemotherapy Side Effects

MedicalResearch.com Interview with: Shane Shucheng Wong, MD Massachusetts General Hospital Boston, Massachusetts  MedicalResearch.com: What is the background for this study? Response: Medical cannabis is now legal in 29 states and the District of Columbia, and in those areas with active programs, children and adolescents can legally access medical cannabis with certification from their doctor and consent from a parent. This means that doctors and families need to understand what we know and what we don’t yet know about medical cannabis in order to make the best decision for the health of the individual child. Two synthetic cannabinoids – compounds that act on specific receptors in the brain – have been approved for medical use in the U.S., both of which mimic a form of THC (tetrahydrocannabinol), the compound responsible for the “high” of recreational cannabis use. Dronabinol (Marinol) is approved to treat chemotherapy-induced nausea and vomiting in both children and adults, while the pediatric use of nabilone (Cesamet) carries a caution. A third cannabinoid, cannabidiol, is currently in phase 3 trials for treatment of seizures. END_OF_DOCUMENT_TOKEN_TO_BE_REPLACED
Continue Reading
Author Interviews, Endocrinology, Epilepsy / 17.10.2017

Scientists Discover Why Seizures Are Harder To Control During Menstruation

MedicalResearch.com Interview with: Dr. Samba Reddy, Ph.D., R.Ph., FAAPS, FAAAS, FAES Professor Neuroscience and Experimental Therapeutics College of Medicine Texas A&M University Health Science Center MedicalResearch.com: What is the background for this study? What are the main findings? Response: For the past two decades, D. Samba Reddy, PhD, RPh, professor of neuroscience and experimental therapeutics at the Texas A&M College of Medicine, has been searching for answers to catamenial epilepsy, a subset of chronic epilepsy that causes a dramatic increase in seizures during women’s menstrual periods. Although this condition has been documented for millennia, there is currently no effective treatment for catamenial seizures, leaving many women and their families desperate for answers. In this report, the researchers discovers the neuro-code for treating women with menstrual period-linked epilepsy. A unique platform has been created for clinical trials for catamenial seizures with synthetic neurosteroid agents. END_OF_DOCUMENT_TOKEN_TO_BE_REPLACED
Continue Reading
Author Interviews, Epilepsy, JAMA, Mayo Clinic, Neurological Disorders / 23.09.2016

MedicalResearch.com Interview with: Brian Nils Lundstrom, MD, PhD Department of Neurology Mayo Clinic Rochester, Minnesota MedicalResearch.com: What is the background for this study? What are the main findings? Response: About as many people have drug-resistant focal epilepsy as have multiple sclerosis, and treatment options are limited. This study describes an alternative treatment option that has proven very helpful for the majority of participants. Electrical stimulation is delivered continuously via implanted electrodes to the region of brain where seizures start. The electrical stimulation decreases the seizure-related discharges from the brain, and for about 40% of patients their disabling seizures were completely stopped. END_OF_DOCUMENT_TOKEN_TO_BE_REPLACED
Continue Reading
Author Interviews, Epilepsy, Neurological Disorders, Stroke / 20.02.2016

MedicalResearch.com Interview with: Alexander Merkler, MD Fellow in neuro critical care Weill Cornell Medical College and New York-Presbyterian Hospital, New York Medical Research: What is the background for this study? What are the main findings? Dr. Merkler:  Patients with stroke often ask about what type of problems they may expect in the future. As neurologists, we often warm our patients about the risk for recurrent stroke, infections, clots, eating difficulty, and depression. Although seizures are a well-known complication of stroke, there was little data regarding the long-term rate of seizures in patients who have a stroke. Therefore, we sought to evaluate the long-term risk of seizures following stroke in order to better advise physicians and patients on the likelihood of developing seizures after suffering a stroke. We identified over 600,000 patients with stroke and found that the rate of seizures after stroke is high – 15.3% of all patients with stroke will develop seizures. Patients who have hemorrhagic stroke face an even higher rate of seizures – 24% of patients with hemorrhagic type stroke will develop seizures. The rate of seizures after ischemic stroke was significantly higher than previous literature - 13.5% of patients with an ischemic stroke had a seizure in our study. END_OF_DOCUMENT_TOKEN_TO_BE_REPLACED
Continue Reading
Author Interviews, JAMA, Psychological Science / 07.07.2014

MedicalResearch.com Interview with: Tracie A. Caller, MD , MPH Neurophysiology Fellow Dartmouth-Hitchcock Medical Center 1 Medical Center Dr., Lebanon NH 03756, USA MedicalResearch: What are the main findings of the study? Dr. Caller: We identified factors that appeared to increase the risk for a 30 day readmissions in the epilepsy population, which included refractory seizures but also coexistence of nonepileptic seizures and psychiatric comorbidities. END_OF_DOCUMENT_TOKEN_TO_BE_REPLACED
Continue Reading