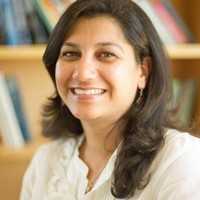 MedicalResearch.com Interview with: Ashlesha Datar, PhD Senior Economist Director of Program on Children & Families USC Dornsife Center for Economic and Social Research (CESR) University of Southern California  MedicalResearch.com: What is the background for this study? Response: Prior research, including our own work, has suggested that there might be some kind of social contagion or social transmission in obesity. So we wanted to explore that avenue further. In the present study, we showed teens in military families a set of human body figures with varying body sizes and asked them to choose the figure that best captured their ideal body size. END_OF_DOCUMENT_TOKEN_TO_BE_REPLACED
Continue Reading
Accidents & Violence, Author Interviews, Pediatrics / 21.08.2018

Motao Zhu, MD, MS, PhD Principal Investigator Center for Injury Research and Policy The Research Institute at Nationwide Children’s Hospital? Columbus, OH MedicalResearch.com: What is the background for this study? What are the main findings? Response: We know that texting while driving occurs frequently among teen drivers. This study looks at the differences of texting while driving among teens between states. Motor vehicle crashes continue to be the leading cause of death among teenagers in the United States. In 2016, over 2,000 teens in the US aged 14-18 years died in motor vehicle crashes and nearly 260,000 were seriously injured in traffic-related incidents. Even though there are cheap car insurance brokers available, teen motor vehicle crashes are preventable, and proven strategies can improve the safety of young drivers on the road. Among distracted driving, texting while driving may be especially risky because it involves at least three types of driver distraction: visual, physical, and cognitive. Texting while driving is banned for all drivers in 47 states and the District of Columbia, yet this study shows it still occurs regularly among teen drivers. Overall (nationally), about 40% of high school student drivers text while driving at least once/month. The rate varies among states. The lowest is 26% (Maryland) and highest is 64% (South Dakota). Texting while driving among high school student drivers is highest in Montana, Wyoming, North Dakota, South Dakota, and Nebraska. These results were not surprising. There are state level factors to explain them. The top 5 highest texting while driving among high school student drivers (Montana, Wyoming, North Dakota, South Dakota, and Nebraska) are rural states with a high percent of high school student drivers and students can get their learners permit by age 15. END_OF_DOCUMENT_TOKEN_TO_BE_REPLACED
Continue Reading
Author Interviews, Dermatology, Environmental Risks, Pediatrics / 26.10.2017

MedicalResearch.com Interview with: Erik Stratman, MD Chairman, Department of Dermatology Marshfield Clinic, WI MedicalResearch.com: What is the background for this study? What are the main findings? Response: The United States Food and Drug Administration has classified tanning beds as cancer-causing. Tanning bed exposure has been linked with increased risk of melanoma, a deadly form of skin cancer that preferentially affects young people.  While no current federal ban exists on indoor tanning of minors, there have been over 40 states (43) and the District of Columbia that passed laws limiting the use of tanning beds for minors.  Despite these laws, nearly 1.9 million high school students in the United States are tanning in tanning salons. In this study, researchers posed as minors called 427 tanning salons in 42 states and the District of Columbia.  Following a script that included questions like ‘would my mom have to come with me? I was hoping to come after school.’ Salons were randomly selected by zip code, with 10 salons selected for each state.  Overall, 37.2% of tanning salons were out of compliance with state legislation. Illinois, New Hampshire, and Oregon were the only states scoring 100% compliant with the state law for those tanning salons contacted.  Alabama scored the lowest with 0% compliant for those tanning salons contacted.  Statistically significant decreases in compliance were found for rural, independently owned, and Southern US tanning salons. END_OF_DOCUMENT_TOKEN_TO_BE_REPLACED
Continue Reading
Author Interviews, Pediatrics / 22.09.2017

MedicalResearch.com Interview with: Maureen Pirog PhD Rudy Professor of Policy Analysis School of Public and Environmental Affairs Indiana University  MedicalResearch.com: What is the background for this study? What are the main findings? Response: We analyzed parenthood, education and income statistics over a long time span from two groups of about 10,000 people -- those born in 1962-64 and those born in 1980-82. END_OF_DOCUMENT_TOKEN_TO_BE_REPLACED
Continue Reading
Author Interviews, CDC, OBGYNE, Pediatrics / 01.05.2017

Many Teens Use Less Effective Contraceptives After Pregnancy

MedicalResearch.com Interview with: Deborah L. Dee, PhD Division of Reproductive Health National Center for Chronic Disease Prevention and Health Promotion CDC MedicalResearch.com: What is the background for this study? Response: Although the national teen birth rate has dropped to a historic low (22.3 births per 1,000 females aged 15-19 years in 2015), many teens continue to have repeat births. Because repeat teen births are more likely than first teen births to be preterm and low birth weight, and giving birth more than once as a teenager can significantly limit a mother’s ability to attend school and obtain work experience, it’s important to assess patterns in repeat teen births and better understand contraceptive use within this population. END_OF_DOCUMENT_TOKEN_TO_BE_REPLACED
Continue Reading
Author Interviews, Cannabis, JAMA, Pediatrics, UC Davis / 02.01.2017

MedicalResearch.com Interview with: Jeff R. Temple, PhD Associate Professor and Psychologist Director, Behavioral Health and Research Department of Ob/Gyn UTMB Health Galveston, TX 77555-0587 Medical Research: What are the main findings of the study? Dr. Temple: Through previous research, we know that teen sexting is related to actual sexual behaviors, but we did not have any information on the temporal link between these two behaviors. In short, we found that teens who sexted had 32% higher odds of being sexually active over the next year relative to youth who did not sext – this was even after controlling for history of prior sexual behavior, ethnicity, gender, and age. We also found that active sexting (actually sending a naked picture to another teen) mediated the relationship between passive sexting (asking for or being asked for a sext) and sexual behaviors. In other words, while sending a sext was predictive of subsequent sexual behavior, asking for/being asked for a sext was only associated with sexual behavior through its relationship with active sexting. END_OF_DOCUMENT_TOKEN_TO_BE_REPLACED
Continue Reading
Addiction, Author Interviews, JAMA, Pediatrics / 29.07.2014

MedicalResearch.com Interview with: Sharon Levy, M.D., M.P.H. Director, Adolescent Substance Abuse Program Assistant Professor in Pediatrics Boston Children’s Hospital   Medical Research: What are the main findings of the study? Dr. Levy: We found that questions that asked about the frequency of alcohol, tobacco and drug use accurately triaged adolescents into "risk categories".  In other words, kids who reported using alcohol or marijuana "once or twice" last year were unlikely to have a substance use disorder, those who reported "monthly" use were very likely to meet diagnostic criteria for a "mild" or "moderate" substance use disorder while those who reported use weekly or more were very likely to meet diagnostic criteria for a "severe" substance use disorder. END_OF_DOCUMENT_TOKEN_TO_BE_REPLACED
Continue Reading
Author Interviews, Cancer Research, Mental Health Research, Pediatrics, Social Issues / 09.10.2013

Teenagers: What are the Psychosocial Problems if Parent has Cancer?

MedicalResearch.com Interview with: Dr. Elisabeth Jeppesen MPH, PhD-fellow National Resource Center for Late Effects after Cancer Treatment, Department of Oncology, Oslo University, Hospital, The Norwegian Radiumhospitalet, Oslo, Norway mobil +47 951 05271  Wisit: Ullernchaussen 70 (Radiumhospitalet) www.oslo-universitetssykehus.no MedicalResearch.com: What is the background of this study? Answer: Each year a considerable number of parents with children younger than 18 years of age are affected by cancer in a parent. Cancer in one of the parents might represent a potentially traumatic event and thereby may be a risk factor for psychosocial problems in the offspring. So far, teenagers’ psychosocial responses to parental cancer have only been studied to a limited extent in controlled trials. Using a trauma theory perspective many studies have shown significant direct associations between parental cancer and psychosocial problems in teenagers. However, the literature also indicates that most children and teenagers have normal stress reactions to such events. In order to identify the need for eventual prevention and intervention among teenagers exposed to such a stressor, we need more empirical knowledge of their psychosocial situation. END_OF_DOCUMENT_TOKEN_TO_BE_REPLACED
Continue Reading