MedicalResearch.com Interview with: Laura Schummers, ScD (she/her/hers) Postdoctoral Fellow, Contraception and Abortion Research Team CIHR Patient-Oriented Research Leadership Fellow Post-doctoral Trainee, ICES McMaster UBC - Department of Family Practice | Women's Health Research Institute MedicalResearch.com: What is the background for this study? Response: Canada was the first country in the world to remove all supplemental restrictions on the dispensing and administration of mifepristone, making the drug available as a normal prescription. This meant that the abortion pill could be prescribed by any doctor or nurse practitioner, dispensed by any pharmacist, and taken by patients when, where and if they choose. END_OF_DOCUMENT_TOKEN_TO_BE_REPLACED
Continue Reading
Author Interviews, End of Life Care, Hearing Loss / 09.07.2020

Dying Unconscious Patients May Still Be Able to Hear

MedicalResearch.com Interview with: Elizabeth Blundon PhD Department of Psychology University of British Columbia – Vancouver  MedicalResearch.com: What is the background for this study? Response: Many healthcare workers have noticed that dying patients appear to be comforted by the words of their loved ones, even when patients appear to be unconscious and are no longer able to communicate. There is a persistent belief, therefore, that hearing may persist into the last hours of someone's life. Our study attempts to detect evidence of hearing among a small group of unresponsive hospice patients at the end of life. To do this, we compared the brain activity of young, healthy control participants, with the brain activity of hospice patients, both when the patients were awake and responsive, and again when they became unresponsive. The brain activity we measured was in response to a complex series of tone-patterns, where participants were asked to identify by pressing a button (control participants) or by counting (hospice patients) every time they heard a tone-pattern that was different from the rest of the series.   END_OF_DOCUMENT_TOKEN_TO_BE_REPLACED
Continue Reading
Author Interviews, Exercise - Fitness / 15.07.2019 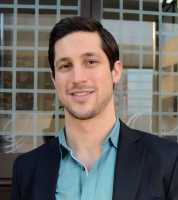 MedicalResearch.com Interview with: Matthew J. Stork, PhD Michael Smith Foundation for Health Research Postdoctoral Fellow The University of British Columbia School of Health & Exercise Sciences MedicalResearch.com: What is the background for this study? Response: High-intensity interval training (HIIT) involves multiple brief, high-intensity efforts, separated by periods of recovery. Research shows that several weeks of HIIT can elicit meaningful physical health benefits that are similar to those of traditional, long-duration aerobic exercise. While HIIT is time-efficient and can induce important health benefits, one major drawback is that people may find it to be unpleasant – especially those who are insufficiently active and not meeting recommended physical activity guidelines. The potentially unpleasant nature of HIIT may deter people from beginning or adhering to a HIIT program. Consequently, researchers have begun to investigate the use of music as a potential strategy to enhance people’s pleasure during HIIT. However, the current research evidence is quite limited and, in particular, insufficiently active individuals have been understudied. END_OF_DOCUMENT_TOKEN_TO_BE_REPLACED
Continue Reading