MedicalResearch.com Interview with: Prof Mika Kivimaki PhD Director, Whitehall II Study Dept. of Epidemiology University College London MedicalResearch.com: What is the background for this study? Response: The Lancet 2020 Commission on Dementia Prevention, which is the most comprehensive and up-to-date review on the evidence in this field, did not list cognitive stimulation in adulthood as a protective factor against dementia. This was because trials results are inconsistent and observational studies suggest that leisure time cognitive activity does not reduce risk of dementia. However, it was unclear whether the reason for modest findings is that the decrease in brain plasticity with age prevents cognitive activities across adult life from conferring protection against dementia, or, in the case of interventions, that the cognitive stimulation studied has not been intensive or engaging enough to preserve cognitive function. To address this question, we decided to focus on cognitive stimulation at work rather than leisure time cognitive activity or cognitive interventions. We thought that this approach would allow us to detect an effect, if there is one, because exposure to cognitive stimulation at work typically lasts considerably longer than cognitively stimulating hobbies or cognitive interventions. We contacted 13 cohort studies in Europe which had data on cognitive stimulation at work. Seven had also a dementia follow-up and were selected to our analyses, a total of 107 896 dementia-free participants from the UK, France, Sweden and Finland. Follow-up of incident dementia varied between 13.7 to 30.1 years depending on the cohort. 1143 people developed dementia during this follow-up. END_OF_DOCUMENT_TOKEN_TO_BE_REPLACED
Continue Reading
Author Interviews, Breast Cancer, Cancer Research, Radiation Therapy / 03.06.2021

Professor Jayant S Vaidya MBBS MS DNB FRCS PhD Professor of Surgery and Oncology University College London MedicalResearch.com: What is the background for this study? What type of single dose radiation is used? Response: The new paper published in the British Journal of Cancer (go.nature.com/3yN0mzu) expands on the previously published results of the large international randomised trial (TARGIT-A trial)(BMJ 2020;370:m2836), that confirmed the long-term effectiveness of Targeted Intraoperative Radiotherapy (TARGIT-IORT): a breast cancer treatment which is increasingly available throughout the world. The TARGIT-A trial found that a single dose of targeted radiotherapy during surgery (TARGIT-IORT) is just as effective as conventional radiotherapy, which requires several visits to hospital after surgery. From the perspective of patients, it is so much better for them and also allows prompt completion of cancer treatment during the COVID pandemic. Conventional external beam radiotherapy (EBRT) is delivered from outside the body via a radiotherapy machine (linear accelerator), and consists of a daily treatment session (known as fractions) to the whole breast, over a period between three to six weeks. Each of these treatments is given over a few minutes, but requires up to 30 hospital visits, which could be a significant distance from where the patient lives. TARGIT-IORT is delivered immediately after lumpectomy (tumour removal), via a small ball-shaped device placed inside the breast, directly where the cancer had been. The single-dose treatment lasts for around 20 to 30 minutes and replaces the need for extra hospital visits, benefiting both patient safety and well-being. The device used is called INTRABEAM. The new results are described on the Nature.com and UCL webpages https://go.nature.com/3ymrplc blog https://www.ucl.ac.uk/news/2021/may/pioneering-single-dose-radiotherapy-breast-cancer-treatment and explained in a short video https://youtu.be/w0OMjVfJ5pY  END_OF_DOCUMENT_TOKEN_TO_BE_REPLACED
Continue Reading
Author Interviews, Blood Pressure - Hypertension, NEJM, OBGYNE / 28.01.2021

MedicalResearch.com Interview with: DAVID K. TUROK, MD, MPH, FACOG ASSOCIATE PROFESSOR OF OBSTETRICS AND GYNECOLOGY CHIEF OF THE DIVISION OF FAMILY PLANNING UNIVERSITY OF UTAH MedicalResearch.com: What is the background for this study? Response: Researchers and clinicians have long known that copper intrauterine devices (IUDs) work extremely well for emergency contraception, using contraception after sex to prevent pregnancy. However, the hormonal IUD (levonorgestrel 52 mg IUD) has distinct characteristics that many people prefer. Namely, it reliably reduces or eliminates menstrual bleeding and cramping. Until now we did not know if the levonorgestrel IUD worked for emergency contraception. Now we know. In a first-of-its-kind study, our team at the University of Utah Health and Planned Parenthood Association of Utah found that hormonal IUDs were comparable to copper IUDs for use as emergency contraceptives. END_OF_DOCUMENT_TOKEN_TO_BE_REPLACED
Continue Reading
Abuse and Neglect, Author Interviews, COVID -19 Coronavirus, Emergency Care, Heart Disease / 21.12.2020 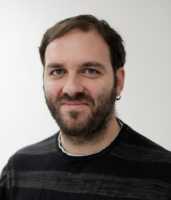 MedicalResearch.com Interview with: Michalis Katsoulis PhD Immediate PostDoctoral BHF fellow Institute of Health Informatics Senior Research Fellow, UCL MedicalResearch.com: What is the background for this study? Response: In the early stage of the pandemic, we observed a decline in patient visits to Emergency Departments (ED), including those for cardiac diseases. This decline may have been due to fear of coronavirus infection when attending hospital, public reluctance to overload National Health Service facilities, or difficulty accessing care. In our study, we tried to estimate the impact of reduced ED visits on cardiac mortality in England. We used data from ED visits from the Public Health England Emergency Department Syndromic Surveillance System (EDSSS). For cardiovascular disease outcomes, we obtained mortality counts for cardiac disease from the Office of National Statistics (ONS) for England. END_OF_DOCUMENT_TOKEN_TO_BE_REPLACED
Continue Reading
Author Interviews, Breast Cancer, JAMA, Radiation Therapy / 02.04.2020

This could be of special... 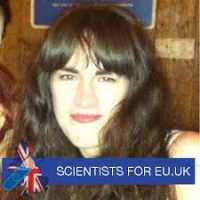 Dr Sarah Myers PhD Honorary Research Associate UCL Department of Anthropology MedicalResearch.com: What is the background for this study? Response: Postnatal or postpartum depression is unfortunately common after giving birth; a figure often quoted is 15%, but some studies have found much higher numbers. Postnatal depression is associated with a range of poorer outcomes for mothers and their infants, and the financial costs of treating maternal mental ill health put health services under considerable strain. Studies have found that providing additional emotional support to at risk mothers, for instance via peer support programmes or regular phone calls with health visitors, can reduce the likelihood of them developing the condition. Therefore, it is really important that we understand the full range of risk factors that put women at greater risk of becoming depressed after giving birth. There is increasing evidence for a link between inflammation and depression, with factors that trigger an inflammatory immune response also increasing the likelihood of depressive symptoms. The opens up the possibility of finding new risk factors for postnatal depression based on known associations with inflammation. END_OF_DOCUMENT_TOKEN_TO_BE_REPLACED
Continue Reading