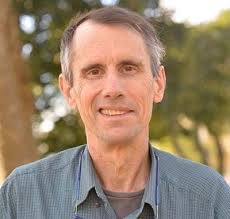 MedicalResearch.com Interview with: Mark P. Mattson, Ph.D. Adjunct Professor of Neuroscience Johns Hopkins University School of Medicine MedicalResearch.com: What is the background for this study? Response: The usual eating pattern of most people in modern societies is breakfast, lunch, dinner plus a snack(s) every day. Animals used for most biomedical research – rats and mice – are usually fed ‘ad libitum’ (food is always available for them to eat). During the past 25 years, myself and the many scientists who trained in my laboratory discovered that when rats or mice are fed intermittently such that they have no food every other day or eat only during a 4-6 hour time period each day, their overall health improves in many ways. Animals on such intermittent fasting (IF) regimens exhibit signs of slowed aging and they live much longer than those fed ad libitum. The editors of the New England Journal of Medicine invited me and Rafa de Cabo (a former postdoc in my laboratory at the National Institute on Aging) to write this review article for two main reasons. First, there have been a sufficient number of studies demonstrating the health benefits of IF in humans and knowledge of the underlying mechanisms to justify a review article. Second, many physicians are being asked about IF by their patients and the physicians are not privy as to if they should recommend IF and how to prescribe specific IF eating patterns and follow-up to increase the likelihood that the patient will be successful in changing their eating pattern. END_OF_DOCUMENT_TOKEN_TO_BE_REPLACED
Continue Reading
Aging, Author Interviews, Geriatrics, Lancet, Nutrition, UC Davis, Weight Research / 15.01.2019 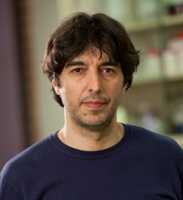 MedicalResearch.com Interview with: Valter Longo, PhD Edna M. Jones Professor of Gerontology Professor of Biological Sciences Leonard Davis School of Gerontology Director of the USC Longevity Institute USC MedicalResearch.com: What is the background for this study? What are the main findings? Response: The use of a low calorie diet that mimics fasting for 4 days twice a month starting at middle age can extend lifespan and rejuvenate mice. In humans a similar diet once a month causes improvements in cholesterol, blood pressure , inflammation, fasting glucose etc consistent with rejuvenation END_OF_DOCUMENT_TOKEN_TO_BE_REPLACED
Continue Reading
Author Interviews, Diabetes, JAMA, Weight Research / 24.07.2018

Two-Day Fast Per Week vs Daily Calorie Restriction in Diabetes 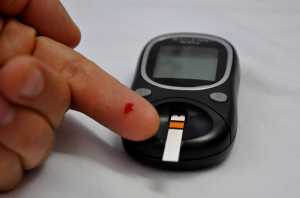 Sharayah Carter PhD candidate|BNutDiet|BMedPharmSc (Hons)|APD School of Pharmacy and Medical Sciences University of South Australia MedicalResearch.com: What is the background for this study? What are the main findings? Response: Intermittent energy restriction is a new popular diet method with promising effects on metabolic function but limited research exists on its effects on improving glycemic control in people with type 2 diabetes. The findings of our research demonstrate that a diet with 2-days of severe energy restriction per week is comparable to a diet with daily moderate energy restriction for glycaemic control. END_OF_DOCUMENT_TOKEN_TO_BE_REPLACED
Continue Reading
Author Interviews, Nature, Weight Research / 17.10.2017

MedicalResearch.com Interview with: Dr. Hoon-Ki Sung MD PhD Scientist at The Hospital for Sick Children (SickKids) and Assistant Professor in Laboratory Medicine & Pathobiology University of Toronto MedicalResearch.com: What is the background for this study? What are the main findings? Response: Despite extensive research and medical interventions, the prevalence of obesity and associated metabolic disease is increasing. More and more studies show that obesity and its associated metabolic problems are often associated with unhealthy lifestyles and eating habits, including frequent eating (non-stop) throughout the day, resulting in a shorter period of physiological fasting. As such, various dietary approaches, such as calorie restriction and intermittent fasting have gained popularity as therapeutic strategies for obesity treatment. Intermittent-fasting is when one temporarily stops eating for a period of time, returns to normal food consumption, and then temporarily stops again. In our study we examined the effect of an intermittent-fasting regimen, without restricting caloric intake, in mice. We found that an intermittent fasting regimen not only prevented obesity in mice, but also improved metabolism by changing the quality of fat in the body. Our findings show that the health of the mice is significantly influenced by daily eating patterns. The addition of a 'stop eating' period converted inflammatory fat to brown-like (or beige) fat by anti-inflammatory immune cells, meaning it changed bad fat into good fat. The results are exciting, because they show that weight loss is not the sole benefit of fasting. Fasting also restores the dual function of fat cells, which is to store energy and to release energy. END_OF_DOCUMENT_TOKEN_TO_BE_REPLACED
Continue Reading
Author Interviews, Nutrition, Weight Research / 25.07.2015

MedicalResearch.com Interview with: Benjamin D. Horne, PhD, MPH, FAHA, FACC Director, Cardiovascular and Genetic Epidemiology, Intermountain Heart Institute Adjunct Assistant Professor, Genetic Epidemiology Division, Department of Medicine, University of Utah Medical Research: What is the background for this study? What are the main findings? Dr. Horne: A rapidly expanding set of results from animal studies exists regarding the effects of intermittent fasting among animals. Many pilot studies of intermittent fasting have been performed now, too, but the body of literature regarding the human response to fasting is incomplete. This study sought to determine how preliminary and incomplete the evidence is in humans regarding the health benefits and the harmful side-effects of intermittent fasting. The purpose was to determine how reliable the evidence is that people should be engaging in fasting to improve their health. In particular, one major concern is that diet gurus and even some scientists are marketing intermittent fasting to the public through diet books and other methods that produce additional income for them, but it is unclear whether their claims can be supported. The main findings of the study are that only three controlled clinical trials of intermittent fasting in humans have been published that were designed rigorously and included a control group in addition to the fasting intervention arm of the study. One of the three had a pre-specified primary outcome (weight loss) and another used the Bonferroni correction to account for inflated false positive results due to multiple hypothesis tests (the third study unfortunately did neither, which is the common approach in human studies of intermittent fasting). These three controlled trials only used surrogate or intermediate endpoints, though, such as weight, cholesterol, or other risk factors for disease. The three trials also have substantial limitations, including small sample sizes (~30 people total), a fasting regimen that was studied for less than three months, and no evaluation of clinical safety outcomes. Only one of the three trials was registered on ClinicalTrials.gov, a site instituted as part of the FDA Modernization Act and a pre-requisite for trials that are published in scientifically sound medical journals and are to be reviewed by the FDA. Two observational studies of the association of intermittent fasting with clinical events (i.e., coronary artery disease diagnosis and diabetes diagnosis) also have been published. These two studies included 200 patients and 445 patients. They were performed in patients drawn from a general population in which a large proportion of people engage in fasting intermittently over a period of decades. These observational studies provide the only evidence that fasting is associated with a lower risk of disease outcomes. Such studies are limited, though, by adjustment for only known or measured confounders, making it possible that some important factors may be unobserved in the studies that would account for the fasting benefit that was observed. No randomized controlled clinical trial of fasting for clinical events or disease outcomes has been performed, though, thus these five studies are the whole body of reliable evidence that intermittent fasting is beneficial to humans. END_OF_DOCUMENT_TOKEN_TO_BE_REPLACED
Continue Reading
AACR, Author Interviews, Breast Cancer, Nutrition, UCSD / 20.04.2015

MedicalResearch.com Interview with: Catherine Marinac Doctoral Candidate UC San Diego/San Diego State University Joint-Doctoral Program in Public Health La Jolla, CA 92093 MedicalResearch: What is the background for this study? What are the main findings? Response: The dietary advice for cancer prevention usually focuses on limiting consumption of red meat, alcohol, and refined grains, and increasing consumption of plant foods. However, new evidence suggests that other fundamental aspects of diet, such when and how often people eat, can also play a role in cancer risk. For example, research in mice suggests that decreasing the number of hours we eat during the day, and increasing the length of time we fast overnight can improve metabolic parameters and reduce risk of developing a number of chronic diseases including cancer. Similar to the data from animal models, we found that women who fasted for longer periods of time overnight had significantly better control over blood glucose concentrations – and these effects were independent of how much women ate. This finding is relevant to cancer research because people who have poor glucose control are significantly more likely to develop certain types of cancer. It is hypothesized that high concentrations of circulating glucose may fuel cancer growth and progression. END_OF_DOCUMENT_TOKEN_TO_BE_REPLACED
Continue Reading
AHA Journals, Author Interviews, Lipids / 14.07.2014

Fasting Prior To Lipid Measurement May Be Unnecessary

MedicalResearch.com Interview with: Sripal Bangalore, MD, MHA, FACC, FAHA, FSCAI Director of Research, Cardiac Catheterization Laboratory Director, Cardiovascular Outcomes Group Associate Professor of Medicine, New York University School of Medcine Principal Investigator ISCHEMIA-CKD trial Medical Research: What are the main findings of the study? Dr. Bangalore: Our objective was to evaluate whether non-fasting LDL has similar prognostic significance as that of the conventionally measured fasting LDL values. We found that in an analysis of over 16,000 patients from the National Health and Nutrition Examination Survey that the non-fasting LDL values had similar prognostic significance as that of fasting LDL values for the prediction of long term (up to 14 years) death or cardiovascular death, thus questioning the traditional practice of insisting that patients fast prior to blood draw for a lipid panel. This was also true for other components of the lipid panel including the triglycerides and total cholesterol. END_OF_DOCUMENT_TOKEN_TO_BE_REPLACED
Continue Reading
Author Interviews, Diabetes, Weight Research / 19.06.2014

Periodic Fasting May Lower Risk of Diabetes and Heart disease

MedicalResearch.com Interview with: Benjamin D. Horne, PhD, MPH, FAHA, FACC Director, Cardiovascular and Genetic Epidemiology, Intermountain Heart Institute Adjunct Assistant Professor, Genetic Epidemiology Division, Department of Medicine, University of Utah MedicalResearch: What is the background for this study? Dr. Horne: The Fasting II trial was a single-arm interventional trial of 24-hour water-only fasting among pre-diabetics with metabolic syndrome. The participants were adults with fasting blood glucose >100 mg/dL and at least two other components of the metabolic syndrome, including high triglycerides, low HDL cholesterol (the “good” cholesterol), high blood pressure, or high waist circumference. The participants were asked to fast once per week for 6 weeks, with multiple goals in this pilot study. This is the first interventional trial of fasting in people with pre-diabetes or diabetes. END_OF_DOCUMENT_TOKEN_TO_BE_REPLACED
Continue Reading
Author Interviews, Endocrinology, Weight Research / 12.05.2014

MedicalResearch Interview with: Alicia J. Kowaltowski, MD, PhD Professor of Biochemistry Departamento de Bioquímica, IQ, Universidade de São Paulo São Paulo, SP, Brazil MedicalResearch: What are the main findings of the study? Dr. Kowaltowski: Intermittent fasting (24 hour cycles of all-you-can-eat followed by 24 fasting) is often used as a way to control excessive weight gain in laboratory animals, despite the fact that these animals overeat on the days they get food, and end up ingesting total quantities of food very similar to animals that eat every day. We show here that although lower weight gain occurs with intermittent fasting and there are some health benefits in adopting this diet, there are also some undesirable consequences. One such consequence is that this diet changes the control of hunger in the hypothalamus within the brain, making the rats hungry all the time, even when they are eating. END_OF_DOCUMENT_TOKEN_TO_BE_REPLACED
Continue Reading