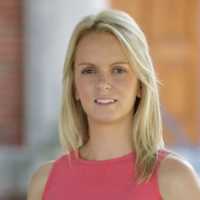 MedicalResearch.com Interview with: Marie C. Bradley, PhD, MPharm, MScPH Office of Surveillance and Epidemiology Center for Drug Evaluation and Research US Food and Drug Administration Silver Spring, Maryland MedicalResearch.com: What is the background for this study? Response: Long-acting insulin analogs, insulin glargine (glargine) and insulin detemir (detemir) are increasingly used in the management of type 2 diabetes mellitus (T2DM).  In recent years the price of long-acting insulin analogs has increased substantially2 Higher costs for these insulin analogs may limit patient access.1 Clinical trials showed the risk of severe hypoglycemia did not differ between long-acting insulin analogs and neutral protamine Hagedorn (NPH) insulin in patients with type 2 diabetes mellitus (T2DM). An observational study examining severe hypoglycemia in T2DM patients found similar results. However, these previous studies did not focus on patients aged ≥65 years, who are at an increased risk for hypoglycemia, or did not include patients with concomitant prandial insulin use. Therefore, to investigate this further we used Medicare data to assess the risk of severe hypoglycemia among older T2DM patients who initiated a long acting analog ( glargine or detemir) compared to NPH in real-world settings. END_OF_DOCUMENT_TOKEN_TO_BE_REPLACED
Continue Reading
Author Interviews, Diabetes, NEJM / 24.09.2020

Remarks from: Julio Rosenstock, M.D Director, Dallas Diabetes and Endocrine Center Clinical Professor of Medicine University of Texas Southwestern Medical Center Dallas, TX MedicalResearch.com: Why was the study initiated / What is the background of the study? Response: Most people with type 2 diabetes, would prefer simplicity, with fewer injections than currently provided by once-daily basal insulin treatment regimens. Therefore, there is a need to continue to offer innovative treatment options to support people living with type 2 diabetes and hopefully improve their glycemic outcomes. As a once-weekly basal insulin, insulin icodec has the potential to offer a simpler, efficacious and well-tolerated treatment option thereby reducing the potential burden on people living with type 2 diabetes. END_OF_DOCUMENT_TOKEN_TO_BE_REPLACED
Continue Reading
Author Interviews, Cost of Health Care, Diabetes, JAMA, Pediatrics / 01.06.2020

Higher Health Care Costs for Children with Diabetes, Mostly Due to Greater Use of Insulin Pump

MedicalResearch.com Interview with: Kao-Ping Chua, M.D., Ph.D. Assistant Professor, Pediatrics, Medical School Susan B. Meister Child Health Evaluation and Research Center University of Michigan MedicalResearch.com: What is the background for this study? Response: Due to high and rising prices, insulin has become increasingly unaffordable for patients with type 1 diabetes who must pay out-of-pocket for this life-saving medication. Over the past 5 months, many states and insurers have taken steps to cap insulin out-of-pocket spending. For example, Cigna imposed a $25 monthly cap earlier this year. This week, the Centers for Medicare and Medicare Services announced a $35 monthly cap for many Medicare Part D beneficiaries. END_OF_DOCUMENT_TOKEN_TO_BE_REPLACED
Continue Reading
Author Interviews, Cost of Health Care, Diabetes / 01.06.2020

Trends in Out-of-Pocket Costs for Insulin

MedicalResearch.com Interview with: Amir Meiri, MD MPH Atrius Health/Department of Population Medicine (DPM) | Delivery System Science Fellow HMS and HPHCI, DPM | General Internal Medicine Fellow Atrius Health Kenmore | Urgent Care Physician VA Boston Healthcare | Attending in Internal Medicine and Emergency Medicine  MedicalResearch.com: What is the background for this study? Response: There has been significant media reporting about rising insulin prices and the health impacts of those exorbitant prices. However, it was not clear how these insulin prices may impact out-of-pocket costs among commercially insured patients; though it is clear that those without insurance are affected per previous media reports. Our study examines the difference between insulin manufacturer-set prices and what patients actually pay, the out-of-pocket cost, in the context of the type of insurance patients have. END_OF_DOCUMENT_TOKEN_TO_BE_REPLACED
Continue Reading
Author Interviews, Diabetes, Sugar / 01.02.2020

Sweet Taste of Diet Soda May Raise Risk of Diabetes 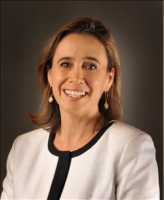 MedicalResearch.com Interview with: Marta Yanina Pepino, PhD Assistant Professor Department of Food Science and Human Nutrition Division of Nutritional Sciences College of Agricultural, Consumer and Environmental Sciences Administration University of Illinois at Urbana-Champaign Urbana, IL 61801 MedicalResearch.com: What is the background for this study? What are the main findings? Response: There is a general belief that substituting sugars with low calorie sweeteners contributes to diet healthfulness. However, accumulating data suggest that consuming a diet high in low calorie sweeteners , mainly in diet sodas, is associated with the same health issues than consuming a diet high in added sugars, including an increased risk of developing type 2 diabetes.  The potential mechanism underlying such association are varied and still unclear. Our findings contribute to the growing evidence  that despite having very little or no calories, sweeteners can affect our metabolism (i.e.  the way we handle blood sugar) and that their effects may be different in people with obesity from those of normal weight. END_OF_DOCUMENT_TOKEN_TO_BE_REPLACED
Continue Reading
Author Interviews, CDC, Cost of Health Care, Diabetes / 16.06.2019

The major driver for increases...

MedicalResearch.com Interview with: Dr. Rodolfo Alejandro, MD Professor of Medicine University of Miami Miller School of Medicine Co-Director of the Cell Transplant Center Director/Attending Physician of the Clinical Cell Transplant Program Diabetes Research Institute www.DiabetesResearch.org  MedicalResearch.com: What is the background for this study? What are the main findings?  Response: In type 1 diabetes, the insulin-producing islets cells of the pancreas have been mistakenly destroyed by the immune system, requiring patients to manage their blood sugar levels through a daily regimen of insulin therapy. Islet transplantation has allowed some patients to live without the need for insulin injections after receiving a transplant of donor cells. Some patients who have received islet transplants have been insulin independent for more than a decade, as DRI researchers have published. Currently, islet transplantation remains an experimental procedure limited to a select group of adult patients with type 1 diabetes.Although not all subjects remain insulin independent, like the subjects described in this presentation, after an islet transplant a significant number of them continue with excellent graft function for over 10 years that allows them to have near-normal glucose metabolism in the absence of severe hypoglycemia on small doses of insulin. In 2016, the National Institutes of Health-sponsored Clinical Islet Transplantation Consortium reported results from its Food and Drug Administration (FDA)-authorized Phase 3 multi-center trial, of which the DRI was a part, indicating that islet transplantation was effective in preventing severe hypoglycemia (low blood sugar levels), a particularly feared complication in type 1 diabetes that can lead to seizures, loss of consciousness and even death. The study was a significant step toward making islet transplantation an approved treatment for people with type 1 diabetes and reimbursable through health insurance, as it is in several other countries around the world.   END_OF_DOCUMENT_TOKEN_TO_BE_REPLACED
Continue Reading
Author Interviews, BMJ, Diabetes, Technology / 05.05.2018

MedicalResearch.com Interview with: Apostolos Tsapas, MD PhD MSc(Oxon) Associate Professor of Medicine Director of the Second Medical Department | Aristotle University Thessalonik Cruddas Link Fellow Harris Manchester College University of Oxford   MedicalResearch.com: What is the background for this study? Response: Artificial pancreas treatment, also referred to as closed loop glucose control, is an emerging treatment option combining a pump and continuous glucose monitoring with a control algorithm to deliver insulin (and potentially glucagon) in a glucose responsive manner. Compared with insulin pumps or sensor augmented pumps, artificial pancreas use can reduce the burden for patients by automatically adjusting the amount of insulin entering the body on the basis of sensor glucose levels. The US Food and Drug Administration has recently approved the first artificial pancreas system for use by people with type 1 diabetes over 14 years of age, based on a safety outpatient study. END_OF_DOCUMENT_TOKEN_TO_BE_REPLACED
Continue Reading
Author Interviews, Critical Care - Intensive Care - ICUs, Diabetes, JCEM, Outcomes & Safety / 19.11.2016

MedicalResearch.com Interview with: Amit Akirov, MD Institute of Endocrinology Rabin Medical Center- Beilinson Hospital Petach Tikva, Israel MedicalResearch.com: What is the background for this study? Response: As hypoglycemia is common among hospitalized patients with and without diabetes mellitus, we aimed to investigate the association between spontaneous and insulin-related hypoglycemia including severe hypoglycemia and all-cause mortality among a large cohort of hospitalized patients. END_OF_DOCUMENT_TOKEN_TO_BE_REPLACED
Continue Reading
Author Interviews, Nature, NYU, Weight Research / 28.10.2015

Insulin Activity in Brain Influences What and When We Eat

MedicalResearch.com Interview with: Dr. Margaret E. Rice, PhD Professor, Department of Neuroscience and Physiology Neurosurgery NYU Langone Medical Center Medical Research: What is the background for this study? What are the main findings? Dr. Rice: Insulin is released from the pancreas into the bloodstream in response to a rise in circulating glucose levels when we eat. In most cells in the body, including those of liver and muscle, insulin acts at insulin receptors to promote glucose transport and other metabolic functions. Insulin also enters the brain and acts at brain insulin receptors, particularly in the hypothalamus where insulin acts as a satiety signal to indicate that we are full and should stop eating. The rising incidence of obesity, in which circulating insulin levels are chronically elevated, suggests insulin may play a role in other brain regions, as well, including regions that regulate motivation and reward. Indeed, our new studies introduce a new role for insulin as a reward signal that acts in the dorsal striatum to enhance release of dopamine.  Dopamine is a key neurotransmitter in reward systems; most drugs of abuse enhance release of dopamine, which contributes to their addictive properties. We found that insulin, at levels found in the brain by the end of a meal, enhances dopamine release by activating insulin receptors on acetylcholine-containing striatal cells that boost dopamine release. Consistent with a role of insulin in signaling reward, companion behavioral studies in rodents indicate that insulin signaling in the striatum communicates the reward value of an ingested meal, and thereby influences food choices. These studies reveal the dual nature of insulin in the brain, which not only tells us when to stop eating, but also influences what we eat. END_OF_DOCUMENT_TOKEN_TO_BE_REPLACED
Continue Reading
Author Interviews, Diabetes, Imperial College, Nature / 15.10.2014

MedicalResearch.com: Interview with: Dr. David Hodson PhD Faculty of Medicine, Department of Medicine Imperial College London Medical Research: What is the background for this research? Dr. Hodson: Type 2 diabetes represents a huge socioeconomic challenge. As well as causing significant morbidity due to chronically elevated glucose levels, this disease is also a drain on healthcare budgets (~$20billion in the UK per year). While current treatments are effective, they are sometimes associated with side effects, usually due to off-target actions on organs such as the heart and brain. In addition, the ability to regulate blood glucose levels more tightly may decrease complications stemming from type diabetes (e.g. nerve, kidney and retina damage). As a proof-of-principle that the spatiotemporal precision of light can be harnessed to finely guide and control drug activity, we therefore decided to produce a light-activated anti-diabetic. END_OF_DOCUMENT_TOKEN_TO_BE_REPLACED
Continue Reading