Your Questions About MRIs Answered

The most important thing is...

Medical Imaging Continues to Rise in US Hospitals 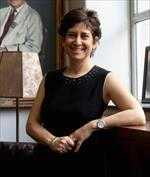 MedicalResearch.com Interview with: Rebecca Smith-Bindman, MD Professor, Department of Radiology and Biomedical Imaging, Epidemiology and Biostatistics Philip R. Lee Institute for Health Policy Studies University of California, San Francisco MedicalResearch.com: What is the background for this study? Response: Medical imaging increased rapidly from 2000 to 2006. The rise in imaging can be attributed to improvements in technical aspects of imaging, strong physician and patient demand, and strong financial incentives. While imaging contributes to accurate disease diagnosis and improved treatment, imaging can also increase costs and patient harms, such as incidental findings, overdiagnosis, anxiety, and radiation exposure associated with increased risk of cancer. Potential overuse of diagnostic testing has been addressed by the American Board of Internal Medicine Foundation’s Choosing Wisely Campaign and initiatives by payers to reduce imaging through payment reductions, but there remains uncertainty in the impact of these initiatives on imaging rates.The objective of our study was to evaluate recent trends in medical imaging. Our study assessed imaging from 2000 through 2016 among individuals enrolled in diverse U.S. integrated healthcare systems and among individuals residing in Ontario, Canada and assessed changes in medical imaging utilization over time by country, health system, and patient demographic factors. END_OF_DOCUMENT_TOKEN_TO_BE_REPLACED
Continue Reading
Author Interviews, Biomarkers, Breast Cancer, Technology, University of Michigan / 16.05.2018

Can a Pill Plus Infrared Light Replace Mammograms?

MedicalResearch.com Interview with: Greg Thurber, PhD Assistant Professor Department of Chemical Engineering Assistant Professor Department of Biomedical Engineering University of Michigan MedicalResearch.com: What is the background for this study? Response: Most current disease screening strategies rely on either blood tests, where the physician can obtain information on specific disease molecules but has no idea where they originated in the body, or anatomical imaging, where the physician can see changes in the structure of tissues but doesn’t have any molecular information. We wanted to develop a method that could provide both molecular information and an image of where these molecules were located. We know from decades of research in cancer that this is a molecular disease, so providing molecular information to the physician will help improve detection and diagnosis. Breast cancer screening provides an excellent opportunity to apply this approach to improve detection. Currently, estimates indicate that we are overspending $4 billion per year on the overdiagnosis and overtreatment of breast cancer because we cannot accurately determine which patients need treatment and which can be safely monitored with no intervention. Despite this problem with overdiagnosis, however, screening saves lives…we simply need a better way. Molecular imaging has the capability of providing both molecular information and the location within the body. However, most of these techniques are expensive and use ionizing radiation, meaning there is a small risk of actually causing cancer. This is not acceptable for screening large numbers of otherwise healthy patients. To avoid this risk and provide a safe, inexpensive, and relatively easy method for patients to undergo screening, we decided to develop near-infrared fluorescent imaging agents that can be taken as a pill. The goal is for the patient to simply take a pill a day or two before their visit, and then the physician shines near-infrared light on the breast tissue to detect tumors where they ‘light up’ by giving off a different color of light. END_OF_DOCUMENT_TOKEN_TO_BE_REPLACED
Continue Reading
Abuse and Neglect, Hematology, Lancet, Medical Imaging, Transplantation / 07.03.2018

MedicalResearch.com Interview with: Kirsten Williams, M.D. Blood and marrow transplant specialist Children’s National Health System MedicalResearch.com: What is the background for this study? What are the main findings? Response: This study addressed a life-threatening complication of bone marrow transplantation called bone marrow failure. Bone marrow transplantation has provided a cure for patients with aggressive leukemias or acquired or genetic marrow dysfunction. The process of bone marrow transplantation involves giving chemotherapy and/or radiation, which removes the diseased blood cells from the bone marrow. After this, new bone marrow stem cells are infused from a healthy individual. They travel to the bone marrow and start the slow process of remaking the blood system. Because these new cells start from infancy, it takes upwards of four to five weeks for new mature healthy cells to emerge into the blood, where they can be identified. Historically, there has been no timely way to determine if the new cells have successfully repopulated unless they can be seen in the blood compartment. This condition of bone marrow failure is life-threatening, because patients don't have white blood cells to protect them from infection. Once bone marrow failure is diagnosed, a second new set of stem cells are infused, often after more chemotherapy is given. However, for many individuals this re-transplantation is too late, because severe infections can be fatal while waiting cells to recover. We were the first group to use a new imaging test to understand how the newly infused bone marrow cells develop inside the patient. We have recently published a way to detect the new bone marrow cell growth as early as five days after the cells are given. We used an investigational nuclear medicine test to reveal this early cell growth, which could be detected weeks before the cells appear in the blood. This radiology test is safe, does not cause any problems and is not invasive. It is called FLT (18F-fluorothymidine) and the contrast is taken up by dividing hematopoietic stem cells. The patients could even see the growth of their new cells inside the bone marrow (which they very much enjoyed while waiting to see recovery of the cells in their blood). We could use the brightness of the image (called SUV) to determine approximately how many weeks remained before the cells were visible in the blood. Finally, we actually could see where the new cells went after they were infused, tracking their settling in various organs and bones. Through this, we could see that cells did not travel directly to all of the bones right away as was previously thought, but rather first went to the liver and spleen, then to the mid-spine (thorax), then to the remainder of the spine and breastplate, and finally to the arms and legs. This pattern of bone marrow development is seen in healthy developing fetuses. In this case, it occurs in a similar pattern in adults undergoing bone marrow transplant. END_OF_DOCUMENT_TOKEN_TO_BE_REPLACED
Continue Reading
Author Interviews, Heart Disease, Imperial College, JAMA, Medical Imaging / 01.06.2017

iFR Can Assess Need For Coronary Revascularization Without Adenosine

MedicalResearch.com Interview with: Dr. Justin Davies PhD Senior Reserch Fellow and Hononary Consultant Cardiologist National Heart and Lung Institute, Imperial College London MedicalResearch.com: What is the background for this study? Response: We know from the FAME study that compared to angiography alone, FFR guided revascularization improves long-term clinical outcomes for our patients. Despite this, adoption of FFR into everyday clinical practice remains stubbornly low. One major factor for this is the need for adenosine (or other potent vasodilator medications) in order to perform an FFR measurement. Adenosine is expensive, unpleasant for the patient, time consuming and even potentially harmful. iFR is a newer coronary physiology index that does not require adenosine for its measurement. In the prospective, multi center, blinded DEFINE FLAIR study, 2492 patients were randomly assigned to either FFR guided revascularisation or iFR guided revascularization and followed up for a period of 1 year. END_OF_DOCUMENT_TOKEN_TO_BE_REPLACED
Continue Reading
Author Interviews, Heart Disease, Medical Imaging, NEJM / 19.03.2017

MedicalResearch.com Interview with: Dr. Matthias Götberg MD PhD Department of Cardiology, Clinical Sciences Lund University, Skåne University Hospital Lund, Sweden MedicalResearch.com: What is the background for this study? Response: Cardiologists encounter patients with narrowing of the coronary arteries on a daily basis. They typically use visual estimation of the severity of narrowing when performing coronary angiography, but it is difficult to accurately assess, based on a visual estimation alone, whether a stent is needed to widen the artery and allow the blood to more freely. FFR (Fractional Flow Reserve) is more precise tool and results in better outcomes than using angiography alone to assess narrowing of the coronary arteries. With FFR, the doctor threads a thin wire through the coronary artery and measures the loss of blood pressure across the narrowed area. To acquire an accurate measurement, the patient must be given adenosine, which is a drug that dilates the blood vessels during the procedure. This drug causes discomfort; patients describe having difficulty breathing or feeling as if someone is sitting on their chest. The drug also adds to the cost of the procedure and can have other rare but serious side effects. iFR (Instantaneous Wave-Free Ratio) is also based on coronary blood pressure measurements using a thin wire, but unlike FFR, it uses a mathematical algorithm to measure the pressure in the coronary artery only when the heart is relaxed and the coronary blood flow is high. As a result, a vasodilator drug is not needed. iFR has been validated in smaller trials and have been found to be equally good as FFR to detect ischemia, but larger randomized outcome trials are lacking. iFR-Swedeheart is a Scandinavian Registry-based Randomized Clinical Trial (RRCT) in which 2000 patients were randomized between iFR and FFR as strategies for performing assessment of narrowed coronary vessels. The primary composite endpoint at 12 months was all-cause death, non-fatal myocardial infarction, and unplanned revascularization. RRCT is a new trial design originating from Scandinavia using existing web-based national quality registries for online data entry, randomization and tracking of events. This allows for a very high inclusion rate and low costs to run clinical trials while ensuring robust data quality. END_OF_DOCUMENT_TOKEN_TO_BE_REPLACED
Continue Reading
Author Interviews, Heart Disease, Medical Imaging / 30.09.2013

MedicalResearch.com Interview with: Dr. Afshin Farzaneh-Far, M.D. University of Illinois at Chicago MedicalResearch.com: What are the main findings of the study? Answer: Traditionally SPECT MPI has been performed with adenosine which has a significant body of published prognostic data. Regadenoson is a selective A2A receptor agonist and is now the stress agent most widely used in the United States. Unlike adenosine, regadenoson is given as a bolus rather than as an infusion, simplifying the testing protocol and is better-tolerated. However, despite increasing use of regadenoson, there is very limited data on risk prediction using this agent. This study showed that the ability of SPECT MPI to predict heart attacks and death is the same for the new stress agent Regadenoson as it is for the old agent Adenosine. END_OF_DOCUMENT_TOKEN_TO_BE_REPLACED
Continue Reading