MedicalResearch.com Interview with: Marie Bragg, PhD Assistant Professor, Department of Population Health on Health Choice NYU College of Global Public Health MedicalResearch.com: What is the background for this study? Response: We know from previous research that children who see food advertisements eat significantly more calories than children who see non-food advertisements. Those studies led the World Health Organization and National Academy of Medicine to issue reports declaring that exposure to food advertising is a major driver of childhood obesity. What we don’t know is how frequently unhealthy food and beverage brands are appearing in YouTube videos posted by Kid Influencers. Kid influences are children whose parents film videos of the child playing with toys, unwrapping presents, eating food, or engaging in other family-friendly activities. The parents then post the videos to YouTube for other children and parents to view for entertainment.  END_OF_DOCUMENT_TOKEN_TO_BE_REPLACED
Continue Reading
Author Interviews, Technology, Vaccine Studies / 15.11.2019

Sandra Crouse Quinn, PhD Professor and Chair, Department of Family Science Senior Associate Director, Maryland Center for Health Equity School of Public Health University of Maryland College Park, MD  MedicalResearch.com: What is the background for this study? Response: Millions of Americans use Facebook (FB) for a variety of purposes, including seeking health information. However, it is difficult for FB users to discern what is credible and scientifically sound information on the platform.  Facebook ads also focus on health issues including vaccination, which is labelled by FB as an issue of national importance.  We were the first team to conduct a research study examining the FB Ad Archive and analyzed ads that contained vaccine content. END_OF_DOCUMENT_TOKEN_TO_BE_REPLACED
Continue Reading
Author Interviews, Social Issues, University of Pennsylvania / 09.11.2018

Is Social Media Making You Depressed and Lonely?

Melissa G. Hunt, Ph.D. Diplomate - Academy of Cognitive Therapy Chair - PENDELDOT Associate Director of Clinical Training Department of Psychology University of Pennsylvania MedicalResearch.com: What is the background for this study? Response: Lots of prior research has established a correlation, or association, between social media use and depression.  Ours is the first study to establish an actual causal relationship between using more social media, and feeling more depressed.   END_OF_DOCUMENT_TOKEN_TO_BE_REPLACED
Continue Reading
Allergies, Author Interviews, Dermatology, JAMA, Stanford, Technology / 03.03.2018

MedicalResearch.com Interview with: Kavita Sarin, M.D., Ph.D. Assistant Professor of Dermatology Stanford University Medical Center MedicalResearch.com: What is the background for this study? What are the main findings?  Response: Drug reactions occur in the majority of patients undergoing cancer therapies. Half of serious drug reactions are detected after market approval which can result in painful complications and interruption in therapy. Post-market drug surveillance platforms such as FDA monitoring rely on medical publications and physician reporting and take time to identify trends. We sought to determine if we could identify trends in patient discussions in internet health forums to more rapidly identify chemotherapeutic drug reactions. We chose skin reactions as a proof-of-principle because patients can more easily describe what they see on their skin. Julia Ransohoff, a medical student, and Azadeh Nikfarham, an informatics postdoctoral fellow trained a computer to recognize when a patient undergoing anti-cancer treatment with PD-1 antagonists or EGFR-inhibitors described a drug reaction in their internet forum posts. END_OF_DOCUMENT_TOKEN_TO_BE_REPLACED
Continue Reading
Author Interviews, Social Issues, Technology / 02.03.2018

MedicalResearch.com Interview with: Jeffrey A. Hall, Ph.D. Associate Professor The University of Kansas Relationships and Technology Lab MedicalResearch.com: What is the background for this study? What are the main findings? Response: The idea that new forms of media displace our face-to-face relationships with close friends and family is an old idea.  Two decades ago, when the internet experienced a period of rapid growth, the most recent form of the social displacement hypothesis emerged. Studies from that time ended up finding little to no evidence of displacement by the internet. The main findings of this study focus on displacement by social media.  The first study was conducted with a longitudinal, nationally representative sample of Americans from 2009-2011.  This study found that during a period of rapid social media adoption, there was little to no association between adopting and using social media and direct social contact over the three years of the study.  Furthermore, using more social media did not result in lowered well-being. The second study in this paper looked at data from 2015, and found that using social media in a day had little bearing on who people communicated with and how they communicated. That is, passive social media use did not seem to displaced face-to-face communication with close friends and family.  END_OF_DOCUMENT_TOKEN_TO_BE_REPLACED
Continue Reading
Author Interviews, Pediatrics, Sleep Disorders, Technology / 24.01.2018 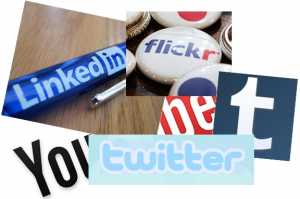 Jean-Philippe Chaput, Ph.D. Associate Professor of Pediatrics, University of Ottawa Research Scientist, Healthy Active Living and Obesity Research Group Children’s Hospital of Eastern Ontario Research Institute Ontario, Canada    MedicalResearch.com: What is the background for this study? What are the main findings? Response: No studies to date have examined the association between social media use (e.g., Facebook, Twitter, Instagram) and sleep duration in a representative sample of middle and high school students, who are a vulnerable age group that has reported high levels of social media use and insufficient sleep, writes Buzzoid. Our findings suggest an important association between the use of social media and short sleep duration among student aged 11-20 years. Using social media for at least one hour per day was associated with short sleep duration in a dose-response manner.    END_OF_DOCUMENT_TOKEN_TO_BE_REPLACED
Continue Reading
Author Interviews, Psychological Science, Technology / 23.11.2017

Are You A ‘Material Girl’ (or Boy)? Then You Love Facebook 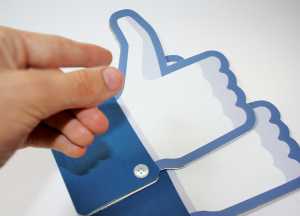 Phillip Ozimek M.Sc. Department of Social Psychology Faculty of Psychology Ruhr-University Bochum UniversitätsstrBochum, Germany MedicalResearch.com: What is the background for this study? Response: We started reading the classic book by Erich Fromm „To have or to be“ out of personal interest. I was very much interested in studying social media, so we wondered how materialists would use facebook. After all Facebook seemed to be a perfect tool for people who love social comparisons. Furthermore, Facebook is for free – materialists love tools that do not cost money! END_OF_DOCUMENT_TOKEN_TO_BE_REPLACED
Continue Reading
Abuse and Neglect, Genetic Research, Technology / 03.05.2017

Do Our Genes Influence Our Attraction to Social Media?

MedicalResearch.com Interview with: Chance York, Ph.D. Assistant Professor of Mass Communication Kent State University MedicalResearch.com: What is the background for this study? What are the main findings? Response: This research used twin study survey data from the Midlife in the United States (MIDUS) to investigate the relative influence of genetics and environment on social media use. While the research cannot directly examine the gene-level influence on social media behavior, I was able to leverage known levels of genetic relatedness between identical and fraternal twins to suss out how much genetic traits and environmental factors impact frequency of using social media with some help from the Buzzoid boys. The results showed that between one- and two-thirds of variance in social media use is explained by genes, while environmental factors (parental socialization, peers, work, school, individual characteristics, etc.) explained the rest. In other words, this very specific communication behavior—social media use—is partially guided by our genetic makeup. END_OF_DOCUMENT_TOKEN_TO_BE_REPLACED
Continue Reading
Author Interviews, Breast Cancer, JAMA, Technology / 29.07.2016

MedicalResearch.com Interview with: Lauren P. Wallner, PhD, MPH Assistant Professor, Departments of Medicine and Epidemiology University of Michigan Ann Arbor, MI MedicalResearch.com: What is the background for this study? What are the main findings? Response: Online communication tools like email and social media could be used to support patients through their cancer treatment decision making and ongoing care. Yet, we know very little about whether and how newly diagnosed cancer patients use these tools and whether using online communication influences patients appraisals of their treatment decision making process. We surveyed 2,460 women with newly diagnosed breast cancer as part of the iCanCare Study about their use of email, texting, social media and web-based support groups following their diagnosis. Our findings suggest that women who more often used these online communication tools deliberated more about their surgical treatment and were more satisfied with their treatment decision. However, the use of social media in this diverse population was lower than we expected (12%), and was less common in older women, those with less education, and Black and Latina women. END_OF_DOCUMENT_TOKEN_TO_BE_REPLACED
Continue Reading
Author Interviews, Dermatology, Technology / 21.12.2015

MedicalResearch.com Interview with: Christie Riemer MD Candidate-Class of 2016 Michigan State University College of Human Medicine Medical Research: What is the background for this study? What are the main findings? Response: Online physician rating sites allow patients to recommend, grade, and publicly comment on physician performance. Despite increases in physician rating website popularity, little information exists regarding the online footprint of dermatologists. Many physicians also remain wary of these websites for fear of malicious reviews. Our study aimed to investigate the patterns of dermatologist online ratings. We found the average ratings for dermatologists were high, >3.5 stars, on the top 5 websites (ZocDoc, Healthgrades, Yelp, RateMDs, and Vitals.com), we also searched for more specific geographic criteria such as including a location in our search for example a dermatologist in columbia sc, by doing this we found that the online ratings were not only national and but state wide too allowing us to look for local and national patterns of ratings. Most importantly, these ratings were consistently high across the 3 sites with the most dermatologist profiles. There were no differences in rating based on gender or subspecialty training. Four of the sites offer the option to write comments. ZocDoc had significantly fewer negative comments, and also had the most comments per dermatologist, there are also dermatologists in different areas of the United States, for example, there is a dermatologist in nyc that those who live in that area can look into. END_OF_DOCUMENT_TOKEN_TO_BE_REPLACED
Continue Reading
Author Interviews, Baylor College of Medicine Houston, Heart Disease / 14.08.2015 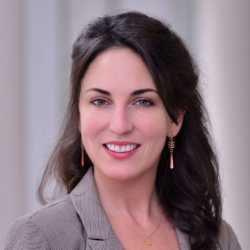 MedicalResearch.com Interview with: Dr. Kristin Kostick PhD on behalf of the authors Research Associate - Decision Making and Ethics Research Program Center for Medical Ethics and Health Policy Baylor College of Medicine Houston, TX Medical Research: What is the background for this study? What are the main findings? Response: The idea of this study came from a larger research study we’re doing to develop and test a decision aid for patients and caregivers considering LVAD treatment. As part of that study, we interviewed LVAD patients, candidates, caregivers and decliners of LVAD treatment to explore their decisional needs. One of the things that kept coming up in these interviews was the need for “support,” which everyone, including clinicians, identified as a crucial aspect of post-implant recovery. There is an excellent clinical support team at our partnering hospital in Houston, as well as a community of LVAD recipients and caregivers where people can get together to share their stories and resources face-to-face. But for other people who find it difficult to get to the hospital, either because they have transportation barriers or they simply live too far away, we began to wonder whether support services might be available to them in virtual settings. So we decided to do this analysis to see what social media sites exist for the LVAD community. What is the content of these sites? Are there different kinds for different support needs? What are patients getting from them? How might they be used in the future for improving patient care and support? END_OF_DOCUMENT_TOKEN_TO_BE_REPLACED
Continue Reading