MedicalResearch.com Interview with: Celine Latulipe PhD Associate Professor University of Manitoba MedicalResearch.com: What is the background for this study? What are the main findings? Response: We wanted to find out how many hospitals offer proxy accounts for caregivers of adult patients. Most patient portal systems allow proxy accounts for parents of pediatric patients, so we know the underlying systems support the creation of proxy accounts. When we were starting this research, the two big healthcare systems where I was located did NOT offer such proxy accounts for caregivers of adult patients, and a staff person at one of those hospitals suggested adult patients share their passwords with their caregiver, if the caregiver needed access to the portal. As a computer scientist, I am well aware of the security and privacy risks associated with password sharing, and I was appalled by this advice. So we did this survey across the US and we found that 45% of the staff contacted in our study gave similar password sharing advice. This is hugely problematic. Caregivers using a patient's password means the caregiver can see everything in the medical record, including things the patient might not want the caregiver to know, such as past diagnoses of stigmatized illnesses, substance abuse or reproductive health decisions. Also, because password re-use is common across systems, a caregiver with a patient's portal password may now have access to the patient's online banking. END_OF_DOCUMENT_TOKEN_TO_BE_REPLACED
Continue Reading
Author Interviews, Heart Disease, Social Issues / 11.09.2019

Caregivers Own Cardiovascular Health Can Be Overlooked 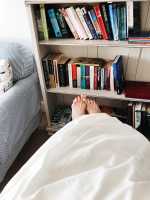 MedicalResearch.com Interview with: Chenlu Gao, MA Graduate Student Department of Psychology and Neuroscience Baylor University Michael Scullin, PhD Assistant Professor Department of Psychology and Neuroscience Baylor University  MedicalResearch.com: What is the background for this study? Response: According to the World Alzheimer Report, dementia affects 50 million adults worldwide, and this number is expected to approach 131 million by 2050. Dementia patients often require assistance with daily activities from caregivers. The Alzheimer’s Association reported that, in the United States, 16 million caregivers spend on average 21.9 hours per week providing care for patients with dementia. Being a caregiver is stressful, which not only challenges emotional, cognitive, and physical health, but is also associated with shorter and poorer sleep at night. If a caregiver cannot obtain restorative sleep at night, their quality of life and their abilities to perform the caregiving role can be compromised. For example, sleep loss may jeopardize caregivers’ memory, causing them to forget medications or medical appointments for the patients. Sleep loss can also impair immune functions, causing the caregivers to suffer from illnesses. In the long-term, sleep loss is associated with cortical thinning and accumulation of beta-amyloid and tau, which increase the risks of dementia. Undoubtedly, there is a need to systematically study whether caregivers sleep less or worse during the night and whether we can improve their sleep quality through low-cost behavioral interventions. To answer these questions, we systematically reviewed and meta-analyzed 35 studies with data from 3,268 caregivers of dementia patients.     END_OF_DOCUMENT_TOKEN_TO_BE_REPLACED
Continue Reading
Accidents & Violence, Author Interviews, Pediatrics / 28.06.2019 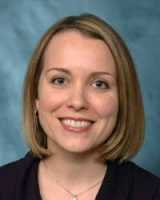 MedicalResearch.com:  What is the background for this study?  What are the main findings?

Response: Child physical abuse is a substantial pediatric public health issue, with significant morbidity and mortality. Studies have found that men, particularly children’s fathers and mothers’ boyfriends are common perpetrators of physical abuse. There is still a lack of knowledge, however, about the specific caregiver features that increase a child’s risk for physical abuse.

Our study design was unique, in that it was a multi-center study that compared young children with abusive and accidental injuries. Our primary finding was that abuse was much more likely when a male caregiver was present, and the resulting injuries were more likely to be severe or fatal. The presence of the mother’s boyfriend was the riskiest scenario, with the highest likelihood of abuse. Similarly, we found that caregiver relationships of less than 1 year increased the odds of abuse. Overall, the likelihood of abuse with female caregivers was much lower, with the exception of female babysitters.  A final important finding of our study was that caregiving arrangements that were different than usual at the time of injury were at increased risk of abuse, suggesting that a stable and consistent caregiver is also important.  END_OF_DOCUMENT_TOKEN_TO_BE_REPLACED

MedicalResearch.com Interview with: Erin Kent, PhD, MS Program Director Outcomes Research Branch of the Healthcare Delivery Research Program National Cancer Institute MedicalResearch.com: What is the background for this study? Response: Informal or family caregivers assist loved ones by providing care which is typically uncompensated, takes place typically at home, and often involves significant efforts for an extended period of time. Caregiving can require the performance of demanding tasks, which include managing symptom burden, monitoring for side effects from treatment, coordinating care, administering medication, and managing a care recipient’s financial and social obligations. In addition, there are many unique aspects of cancer that can place unique demands on caregivers, including sometimes a rapid deterioration of health, the receipt of multi-modal therapy (eg. surgery, chemotherapy, and radiation), and the possibility of cancer recurrence. END_OF_DOCUMENT_TOKEN_TO_BE_REPLACED
Continue Reading
Author Interviews, Depression, End of Life Care, JAMA / 28.05.2015

MedicalResearch.co Interview with: Katherine Ornstein, PhD MPH Assistant Professor Brookdale Department of Geriatrics and Palliative Medicine Institute for Translational Epidemiology Icahn School of Medicine at Mount Sinai New York, NY 10029 Medical Research: What is the background for this study? What are the main findings? Dr. Ornstein: There is an increased focus on the need to support caregivers and families, particularly at the End of Life (EOL). They play a critical role in the care process and decision making, yet this can be a very high stress role with an increased risk for negative consequences. Hospice services, which are increasing, are focused on palliative rather than curative care and include medical services, symptom management, spiritual counseling, social services and bereavement counseling delivered by an interdisciplinary team of professionals for dying patients.  An important part of the hospice service is the provision of support to families during illness and after death.  Prior research suggests that hospice (which is cost saving, has benefits to patients), may also  be beneficial to families. Yet these studies have been largely limited to patients with cancer, have failed to adequately control for differences between patients who do or do not use hospice. Overall, there was an increase in depressive symptoms after death.  However, surviving spouses of those who used hospice were more likely to have a decrease in depressive symptoms. We found that the positive benefit of hospice was much stronger when we looked at least 1 year after death. END_OF_DOCUMENT_TOKEN_TO_BE_REPLACED
Continue Reading
Author Interviews, Heart Disease, Social Issues / 16.03.2015

MedicalResearch.com Interview with: Colleen K. McIlvennan, DNP, ANP Assistant Professor of Medicine University of Colorado, Division of Cardiology Section of Advanced Heart Failure and Transplantation Medical Research: What is the background for this study? Response: Destination therapy left ventricular assist device (DT LVAD) patients are often older with significant comorbidities that preclude heart transplantation. As such, the decision to get a DT LVAD is arguably more complicated than the decision to receive a temporary LVAD in anticipation of a transplant. Centers offering LVADs often require the identification of a caregiver prior to proceeding with the implant. Caregivers are commonly female spouses of DT LVAD patients, who are also older with co-morbidities. Understanding their perspective in DT LVAD decision making is extremely important as they are at particular risk for experiencing stress and caregiver burden due to the increased demands on caregiving with DT LVAD. Medical Research: What are the main findings? Response: We performed semi-structured qualitative interviews with 17 caregivers: 10 caregivers of patients living with DT LVAD, 6 caregivers of patients who had died with DT LVAD, and 1 caregiver of a patient who had declined DT LVAD. Throughout the interviews, the overarching theme was that considering a DT LVAD is a complex decision-making process. Additionally, three dialectical tensions emerged: 1) the stark decision context, with tension between hope and reality; 2) the challenging decision process, with tension between wanting loved ones to live and wanting to respect loved ones’ wishes; and 3) the downstream decision outcome, with tension between gratitude and burden. END_OF_DOCUMENT_TOKEN_TO_BE_REPLACED
Continue Reading
Author Interviews, Depression, End of Life Care / 04.09.2014

MedicalResearch.com Interview with: Nenette M. Jessup MPH, CCRP Research Associate/Project Manager TASK II Indiana University School of Nursing Indianapolis, IN 46202 Medical Research: What are the main findings of the study? Dr. Jessup: Similar to others, we found that females and non-African American caregivers experienced more depressive symptoms and females perceived greater task difficulty. Because female caregivers comprise the largest group of caregivers in the United States, the consistency of this finding has implications for continued social policy efforts to improve their plight. However, our results also suggested an interaction effect between race and type of relationship, with African American spouses experiencing the most difficulty with tasks of caregiving. Inconsistencies in the existing literature about this finding signal the need for a greater understanding of group differences. Individualized interventions may also be of benefit for stroke caregivers. END_OF_DOCUMENT_TOKEN_TO_BE_REPLACED
Continue Reading
Author Interviews, BMJ, End of Life Care / 15.07.2014

MedicalResearch.com Interview with: Dr. Kirsty Boyd Programme theme head (Clinical Communication) Honorary Clinical Senior Lecturer Primary Palliative Care Research Group Division of Community Health Sciences: General Practice University of Edinburgh Medical Research: What do we know already about people with ‘multimorbidity’? Dr. Boyd: We know that an increasing number of patients have multiple life-limiting illnesses or progressively deteriorating health due to several long term conditions or general frailty. Caring for them well poses major challenges and they are often hospitalised in the last year of life. They do not fit well into illness and healthcare models that focus on single conditions. Understanding the experiences of patients and their family caregivers is vital to inform improvements in best supportive care and palliative care. We wanted to build on care models for integrated care of people with long term conditions and consider the needs of those at risk of dying with multiple conditions in more detail. END_OF_DOCUMENT_TOKEN_TO_BE_REPLACED
Continue Reading
AHA Journals, Author Interviews, Social Issues, Stroke / 25.03.2014

MedicalResearch.com Interview with: Jill Cameron, PhD CIHR New Investigator, Associate Professor, Department of Occupational Science and Occupational Therapy Graduate Department of Rehabilitation Science Faculty of Medicine, University of Toronto Adjunct Scientist, UHN-Toronto Rehabilitation Institute MedicalResearch.com: What are the main findings of the study? Dr. Cameron: In our study with 399 stroke survivor, caregiver dyads, caregivers reported more psychological wellbeing when they provided more assistance to stroke survivors who had fewer symptoms of depression, better cognitive functioning, and who had more severe strokes.  In addition, caregivers who maintained participation in valued activities, had more mastery, gained personally providing care, were in better physical health, and were older reported more psychological wellbeing. END_OF_DOCUMENT_TOKEN_TO_BE_REPLACED
Continue Reading
This website uses cookies to improve your experience. We'll assume you're ok with this, but you can opt-out if you wish.AcceptReject Read More
Privacy & Cookies Policy