19 May Why Do Black Women Do Less Well After Knee Replacement? 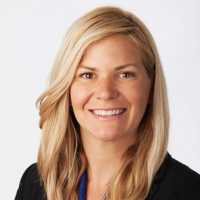 Response: More than 700,000 total knee replacements are performed annually in the United States, but there is a racial disparity in outcomes after the surgery. If the knee replacement procedure is considered a highly effective treatment, why don’t black women present with the same outcomes as whites?

Response: This study found an important health disparity between black and white women.  Black women suffered more disability before and after knee replacement. Black women experienced disability years earlier and to a greater severity prior to surgery. They were more likely to experience difficulty with normal daily activities such as climbing a flight of stairs and walking a block during the entire decade prior to knee replacement.  Conversely, white women were more likely to develop difficulties in walking and stair negotiation in the years immediately preceding their total knee replacement. Our study showed that disparities post-operatively were largely explained by disparities pre-operatively.

Response: Better physical function prior to knee replacement is associated with better functional outcomes. In this study, racial disparities in physical function prior to surgery were significant, and the higher degree of disability among black women with arthritis should be addressed.  Women and their doctors should focus on the maintenance of physical function while living with knee arthritis. This includes conversations between a woman and her doctor early and throughout the arthritic disease process. Evidence-based treatment options should be effectively communicated during a shared-decision making process. Once the knee arthritis has reached a level that would be an indication for total knee arthroplasty, surgery should not be delayed. The more function that is lost prior to surgery, the harder it will be to reach optimal physical function after surgery.

Response: Our study found that racial disparities in physical function after knee replacement were largely explained by disparities in function pre-operatively.  We need more studies that look at the issue of why black women were more disabled prior to surgery.  We do have some clues already in the literature.  Black women are less likely to receive some evidence-based treatments for arthritis.  For example, they are less likely to receive physical therapy, which is a treatment that is specifically aimed at improving function. Future research that looks at the processes of care and the timing of receipt of health services are critical to knowing how the healthcare system could better reach and meet the needs of black women with arthritis.  Ensuring that black women receive appropriate and evidence-based treatments early in the arthritis disease process may help to maintain function, and ultimately could result in better outcomes if a knee replacement is needed.