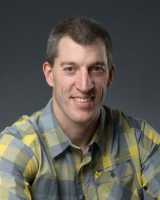 MedicalResearch.com Interview with: Mark Anderson, Ph.D. Associate Professor Department of Agricultural Economics and Economics Montana State University, IZA, and NBER  MedicalResearch.com: What is the background for this study? Response: In a previous study that was published in JAMA Pediatrics, we used Youth Risk Behavior Survey (YRBS) data and found that the adoption of recreational marijuana laws (RMLs) was associated with an 8% decrease in the odds of marijuana use among high school students.  This earlier study, however, had pre-legalization and post-legalization data from only 7 states and pre- and post-recreational sales data from only 3 states, calling into question the generalizability of our findings. END_OF_DOCUMENT_TOKEN_TO_BE_REPLACED
Continue Reading
Author Interviews, Cannabis, Dermatology, JAMA, Johns Hopkins / 09.04.2021

MedicalResearch.com Interview with: Sarah Windle, MPH PhD Student in Epidemiology Department of Epidemiology, Biostatistics, and Occupational Health McGill University (Montréal, Québec, Canada) MedicalResearch.com: What is the background for this study? Response: Concerns have been raised about the potential for increases in impaired driving following the legalization of recreational cannabis use in Canada in October 2018. Data from Statistics Canada suggest that cannabis use in the previous three months increased among adults (15 and older) from 14% before legalization in 2018 to 17% in 2019. Among those users with a driver’s license, 13% reported driving within two hours of cannabis use. While this proportion remained the same before and after legalization, this indicates that the absolute number of individuals who reported driving within two hours of use has increased following legalization (due to an increase in the number of users). END_OF_DOCUMENT_TOKEN_TO_BE_REPLACED
Continue Reading