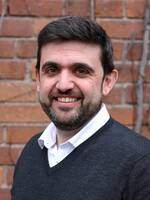 MedicalResearch.com Interview with: Juan Jesus Carrero Pharm PhD Professor of Epidemiology Cardio-renal Department of Medical Epidemiology and Biostatistics Karolinska Institutet, Stockholm MedicalResearch.com: What is the background for this study? What are the main findings?  Response: Concerns on the possibility of (direct oral anticoagulants)  DOAC-related nephropathy may limit its use. In this cohort study of non-valvular AF patients from routine clinical practice, initiation of DOAC vs (vitamin K antagonists) VKA was associated with more favorable kidney outcomes, i.e., a lower risk of the composite of kidney failure and sustained 30% eGFR decline, as well as a lower risk of AKI occurrence. In agreement with trial evidence, we also showed that DOAC vs VKA treatment was associated with a lower risk of major bleeding, but a similar risk of the composite of stroke, systemic embolism or death. END_OF_DOCUMENT_TOKEN_TO_BE_REPLACED
Continue Reading
Alzheimer's - Dementia, Author Interviews, Infections, Parkinson's / 22.09.2022 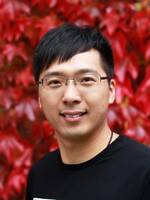 MedicalResearch.com Interview with: Jiangwei Sun PhD Postdoctoral researcher in Prof. Jonas Ludvigsson's group Department of Medical Epidemiology and Biostatistics Karolinska Institutet MedicalResearch.com: What is the background for this study? Response: A potential infectious etiology has been hypothesized for neurodegenerative diseases, as findings in animal studies have demonstrated that infectious processes might impact pathogenesis, phenotype, and progression of neurodegenerative disease. The extrapolation of such findings to a human context is however not straightforward. previous studies have mostly examined the role of specific pathogens on a specific neurodegenerative disease, e.g., herpesvirus for Alzheimer’s disease, and influenza, hepatitis C virus, and Helicobacter pylori for PD, with inconclusive results. Although several studies have also assessed associations between infectious diseases and risk of dementia and AD, influence of potential surveillance bias (greater-than-expected surveillance of disease after infections) and reverse causation (due to for example diagnostic delay of neurodegenerative diseases) on the associations was not always fully addressed. Therefore, whether infection is indeed a risk factor rather a comorbidity or secondary event of neurodegenerative disease remains unknown. In contrast to Alzheimer’s disease, and Parkinson’s disease, the potential link between infection and ALS has been less explored. END_OF_DOCUMENT_TOKEN_TO_BE_REPLACED
Continue Reading
Author Interviews, COVID -19 Coronavirus, Statins / 22.10.2021

MedicalResearch.com Interview with: Rita Bergqvis Department of Global Public Health Karolinska Institutet Stockholm, Sweden MedicalResearch.com: What is the background for this study? Response: There is a theoretical background for the discussion regarding statins in relation to COVID. Hyperinflammation and hypercoagulability have been identified as central to the development of severe COVID and COVID related complications. Hence, drugs that modulate the host immune response and inhibit thrombosis and vascular dysfunction have received a lot of attention. Statins are known to have pleiotropic effects; apart from their cholesterol lowering properties they are thought to modulate immune system processes and decrease the risk of thrombotic events. Previous observational studies on statins and COVID had some major methodological limitations and showed varying results. END_OF_DOCUMENT_TOKEN_TO_BE_REPLACED
Continue Reading
Asthma, Author Interviews, JAMA, Karolinski Institute, Pediatrics / 08.02.2021

PPIs Linked to Increased Risk of Asthma in Children 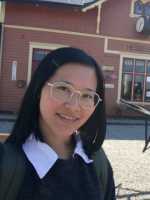 MedicalResearch.com Interview with: Yun-Han Wang MSc PhD student, Karolinska Institute MedicalResearch.com: What is the background for this study? Response: The use of proton pump inhibitors (PPIs) in children has increased substantially in recent years, concurrently with emerging concerns that these drugs may increase the risk of asthma. Whether PPI use in the broad pediatric population is associated with increased risk of asthma is not known.  END_OF_DOCUMENT_TOKEN_TO_BE_REPLACED
Continue Reading
Author Interviews, Erectile Dysfunction, JAMA, Karolinski Institute / 23.03.2020

MedicalResearch.com Interview with: Alexander Stridh, MSc Department of Clinical Neuroscience Karolinska Institute Solna, Sweden MedicalResearch.com: What is the background for this study? What are the main findings? Response: ​We wanted to investigate how large the effect size is in the placebo arm of clinical trials with PDE5Is for erectile dysfunction. The major findings in this study is that there is a placebo response in general in ED, though it is hard to tell if this is a genuine placebo effect rather than normal fluctuations in symptom severity among patients. Another interesting finding was that the placebo response seems largely more important when the cause of ED is mainly due to psychogenic factors, as in post traumatic stress disorder. Lastly there was an important finding that there was no difference between placebo and active drug with daily treatment of PDE5Is  for long term recovery of erectile function after prostate cancer treatment, a practice which is common in some places and seems to be questionable.  END_OF_DOCUMENT_TOKEN_TO_BE_REPLACED
Continue Reading
Author Interviews, Gastrointestinal Disease, JAMA, Orthopedics, Pediatrics / 17.03.2020 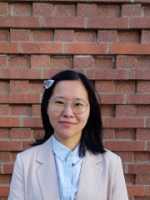 MedicalResearch.com Interview with: Yun-Han Wang, PhD Student Karolinska Institute MedicalResearch.com: What is the background for this study? Response: Proton pump inhibitor (PPI) use has been linked to increased risk of fracture in adults. Despite an increasing trend in prescription of PPIs in children, there is scarce evidence regarding this safety concern in pediatric patients. END_OF_DOCUMENT_TOKEN_TO_BE_REPLACED
Continue Reading
Author Interviews, BMJ, Heart Disease, Karolinski Institute / 11.04.2019 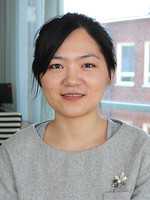 MedicalResearch.com Interview with: Huan Song, PhD Center of Public Health Sciences, Faculty of Medicine, University of Iceland, Reykjavík, Iceland Department of Medical Epidemiology and Biostatistics Karolinska Institutet, Stockholm, Sweden MedicalResearch.com: What is the background for this study?   Response: Cardiovascular disease (CVD) presents a group of diseases that are common and sometimes fatal in general population. The possible role of stress-related disorders in the development of CVD has been reported. However, the main body of the preceding evidence was derived from male samples (veterans or active-duty military personnel) focusing mainly on posttraumatic stress disorder (PTSD) or self-reported PTSD symptoms. Data on the role of stress-related disorders in CVD in women were, until now, limited. Although incomplete control for familial factors and co-occurring psychiatric disorder, as well as the sample size restriction, limit the solid inference on this association, especially for subtypes of CVD. END_OF_DOCUMENT_TOKEN_TO_BE_REPLACED
Continue Reading
AHA Journals, Author Interviews, Heart Disease, Karolinski Institute / 02.04.2019

MedicalResearch.com Interview with: Gabriel Riva, Graduate Student Department of Medicine, Solna (MedS), Karolinka Institute MedicalResearch.com: What is the background for this study? What are the main findings? Response: During the last decade there has been a gradual adoption of compression-only CPR, as an option to conventional CPR with chest compressions and rescue breaths, in international CPR guidelines. The simplified technique is recommended for bystanders who are untrained and in "telephone assisted CPR". One of the reasons was the assumption that more people would actually do CPR with the simplified technique.  We could in this nationwide study running over 3 guideline periods demonstrate a 6-fold higher proportion of patients receiving compression-only CPR and a concomitant almost doubled rate of CPR before emergency medical services arrival over time. This very large increase in simplified CPR was surprising to us, especially considering there has never been any public campaigns promoting compression-only CPR in Sweden and training still include compressions and ventilations.  END_OF_DOCUMENT_TOKEN_TO_BE_REPLACED
Continue Reading
Author Interviews, JACC, Karolinski Institute, OBGYNE, Pediatrics, Weight Research / 12.01.2019

MedicalResearch.com Interview with: Martina Persson, M.D, PhD Karolinska Institute MedicalResearch.com: What is the background for this study? What are the main findings? Response: It is well known that maternal obesity increases risks of adverse fetal outcomes, including congenital malformations of the heart. However, it is unclear if maternal overweight and obesity associate with risks of specific and more complex congenital heart defects. We conducted a population-based cohort study in Sweden using data from several health registries. The study included more than 2 million live, singletons born between 1992-2012. Risks (prevalence rate ratios) of complex heart defects (Tetralogy of Fallot, transposition of the great arteries (TGA), atrial septal defects (ASD), aortic arch defects, and single ventricle heart) and several specific heart defects were estimated in infants to mothers with overweight and increasing degree of obesity. We found that risks of aortic arch defects, ASD and patent ductus arteriosus (in term infants) increased with maternal obesity severity. On the other hand, we found no clear associations between maternal BMI and risks of several other complex and specific heart defects.  END_OF_DOCUMENT_TOKEN_TO_BE_REPLACED
Continue Reading
This website uses cookies to improve your experience. We'll assume you're ok with this, but you can opt-out if you wish.AcceptReject Read More
Privacy & Cookies Policy