MedicalResearch.com Interview with: Leilah K. Grant, PhD Postdoctoral Research Fellow in Medicine Brigham and Women’s Hospital Harvard Medical School  MedicalResearch.com: What is the background for this study? Response: The prevalence of obesity increases in women around the age of menopause which increases the risk of diseases like diabetes and heart disease. Changes in hormones, like estrogen, are thought to contribute to weight gain during menopause, but other common symptoms of menopause such as sleep interruption may also play a role. While short sleep is known to adversely affect metabolism, little is known about the metabolic consequences of the type of sleep disruption most common in menopausal women – increased nighttime awakenings (i.e., sleep interruption) caused by hot flashes, but no change in overall sleep duration. We therefore did this study to see how an experimental model menopause-related sleep interruption would affect metabolic outcomes that may contribute to weight gain.  END_OF_DOCUMENT_TOKEN_TO_BE_REPLACED
Continue Reading
Author Interviews, Endocrinology, Thyroid Disease / 11.06.2020

Thyroid Eye Disease Can Have Long Term Impact on Vision, Eye Appearance and Quality of Life

Elizabeth H.Z. Thompson, Ph.D. Group vice president, Clinical Development and External Search Horizon Therapeutics MedicalResearch.com: What is the background for this study? Response: This study provides the first U.S.-based validation of the Graves' Ophthalmopathy Quality of Life (GO-QOL) questionnaire. For your background, Graves’ Ophthalmopathy is another term used to describe Thyroid Eye Disease (TED). The GO-QOL questionnaire includes eight questions, each on visual functioning and appearance-related impacts of TED on patients. Though widely used and validated in Europe, the relevance of the questions for patients in the United States hasn’t previously been explored.For this evaluation, 13 eligible TED patients completed the questionnaire and then underwent a separate cognitive QOL-related interview. END_OF_DOCUMENT_TOKEN_TO_BE_REPLACED
Continue Reading
Author Interviews, Endocrinology, Weight Research / 04.05.2020 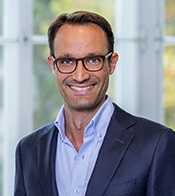 MedicalResearch.com Interview with: Florian Keifer, M.D., Ph.D Associate Professor of Medicine Division of Endocrinology and Metabolism Department of Medicine III Medical University of Vienna MedicalResearch.com: What is the background for this study? Response: Brown fat, in contrast to white fat, burns significant amounts of chemical energy through heat production. In numerous animal models the activation of brown adipose tissue (BAT) increases energy expenditure and counteracts weight gain. Therefore BAT has been established as a promising target in the fight against obesity and related metabolic disorders. In humans, BAT can be activated by moderate cold exposure, however the function and relevance of BAT are incompletely understood. Using PET scans we identified two groups of individuals those with and without active BAT and studied their differences in energy expenditure and blood fatty acid composition.  END_OF_DOCUMENT_TOKEN_TO_BE_REPLACED
Continue Reading
Author Interviews, Endocrinology, Ophthalmology, Thyroid Disease / 06.04.2020 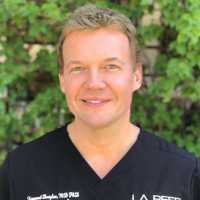 MedicalResearch.com Interview with: Dr. Raymond Douglas MD PhD Board Certified Oculoplastic Surgeon Beverly Hills, CA  MedicalResearch.com: What is the background for this study? Would you briefly explain what is meant by proptosis?  How does teprotumumab work? Response: This study provides pooled efficacy data from the Phase 2 and 3 clinical trials of teprotumumab showing that the recently FDA-approved medicine effectively reduces proptosis, also known as eye bulging, in patients with Thyroid Eye Disease (TED) regardless of age, gender and smoking status. Proptosis is one of the most debilitating symptoms of TED, especially given the accompanying pain, vision impairment and emotional distress. Teprotumumab is a fully human monoclonal antibody and a targeted inhibitor of the IGF-1 receptor. In patients with Thyroid Eye Disease, the IGF-1 receptor is overexpressed on orbital tissues and when activated, causes inflammation and enlargement of ocular muscles, expansion of orbital tissue and fat and forward displacement of the eye, resulting in eye bulging. The proteins in teprotumumab target and bind to the IGF-1 receptor and inhibit its function, thereby reducing inflammation, preventing tissue expansion behind the eye, and preventing muscle and fat tissue remodeling. Based on this mechanism of action, it is believed that teprotumumab addresses the underlying biology of the disease.  END_OF_DOCUMENT_TOKEN_TO_BE_REPLACED
Continue Reading
Author Interviews, Endocrinology, Geriatrics, Thyroid Disease / 15.12.2019

Treating Subclinical Thyroid Disease in Elderly May Not Provide Benefits 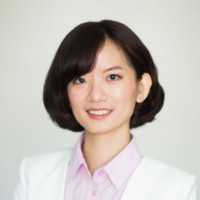 MedicalResearch.com Interview with: Carol Chiung-Hui Peng, MD Department of Internal Medicine University of Maryland Medical Center Baltimore, MD  MedicalResearch.com: What is the background for this study? Response: In recently published meta-analyses, focusing on the general population, showed that both overt hypothyroidism and subclinical hypothyroidism were linked to higher all-cause and cardiovascular mortality. However, there is still debate and conflicting evidence on managing overt and subclinical hypothyroidism in the elderly. This study aimed to evaluate and confirm the association between hypothyroidism and mortality in the elderly population. END_OF_DOCUMENT_TOKEN_TO_BE_REPLACED
Continue Reading
Author Interviews, Environmental Risks, NYU, Pediatrics, Weight Research / 26.07.2019

Children With Greater Exposure to Bisphenols More Likely To Be Obese

MedicalResearch.com Interview with: Melanie Jacobson, PhD, MPH NYU School of Medicine New York, N.Y.  MedicalResearch.com: What is the background for this study? What are the main findings? Response: Our study was about exposure to bisphenols, which are synthetic chemicals found in aluminum can linings, plastics, thermal paper receipts and other consumer products, and their association with obesity among a nationally representative sample of US children and adolescents. We found that children who had greater levels of these chemicals in their urine were more likely to be obese compared with children with lower levels. END_OF_DOCUMENT_TOKEN_TO_BE_REPLACED
Continue Reading
Author Interviews, Memory, OBGYNE / 06.12.2018

Hysterectomy Can Impair Short Term Memory (at least in rats) 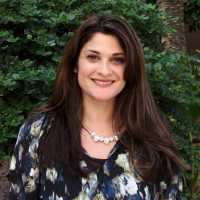 MedicalResearch.com Interview with: Heather A. Bimonte-Nelson, Ph.D. Professor, Barrett Honors Faculty Department of Psychology Arizona State University MedicalResearch.com: What is the background for this study? What are the main findings? Response: The dogma in the field is that the nonpregnant uterus is dormant, and therefore it has not necessarily been of interest to study. Textbooks have described the nonpregnant uterus as “quiescent,” “dormant,” and “useless.” When I was in graduate school studying endocrinology, I read statements in books saying that the sole purpose of the uterus is for gestation. However, all women aging into midlife will experience some type of menopause, and some of these women will undergo surgical menopause via removal of all, or a part of, their reproductive tracts. Research evaluating reproductive tract-brain connections has grown quite a bit in the last few decades. For example, the ovary-brain connection has been focused on quite a bit, and we now know that hormones coming from the ovaries (such as estrogens and progesterone) can affect more than reproduction, and can impact brain functioning. While the uterus-brain connection is not well understood, there is research indicating that the uterus and autonomic nervous system communicate directly. We also know that hormones released from the ovaries impact the uterus. Therefore, there is a uterus-ovary-brain triad system. This uterus-ovary-brain triad has undergone little scientific investigation for functions outside of reproduction. Given that by age 60 one in three women experience hysterectomy, thereby interrupting this uterus-ovary-brain triad system, we believe it is important to understand the effects of variants of surgical menopause including hysterectomy. This led to our current evaluation testing multiple variations in surgical menopause using a rat model, where we tested the effects of uterus removal alone (hysterectomy), ovarian removal alone, or uterus plus ovarian removal. END_OF_DOCUMENT_TOKEN_TO_BE_REPLACED
Continue Reading
Author Interviews, Biomarkers, Endocrinology, JCEM, OBGYNE, Yale / 25.10.2018 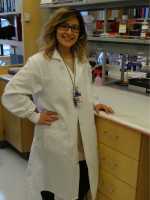 MedicalResearch.com Interview with: Valerie A. Flores, MD Clinical Instructor Division of Reproductive Endocrinology & Infertility Department of Obstetrics, Gynecology & Reproductive Sciences Yale School of Medicine - Yale New Haven Hospital MedicalResearch.com: What is the background for this study? What are the main findings? Response: Endometriosis is a debilitating gynecologic disease that affects 1 in 10 reproductive-aged women, causing pain and infertility.  It is a hormonally dependent disorder— estrogens promote growth of endometriosis, while progesterone inhibits estrogen-dependent proliferation. Although progestin-based therapies (including combined oral contraceptives) are first-line therapy in the management of endometriosis-associated pain, response to progestins is variable and currently unpredictable. END_OF_DOCUMENT_TOKEN_TO_BE_REPLACED
Continue Reading
This website uses cookies to improve your experience. We'll assume you're ok with this, but you can opt-out if you wish.AcceptReject Read More
Privacy & Cookies Policy