Is There a Link Between Iron Intake and Stroke? 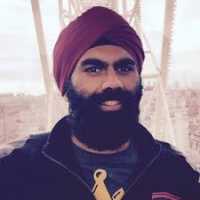 MedicalResearch.com Interview with: Dipender Gill Imperial College Healthcare NHS Trust London, United Kingdon MedicalResearch.com: What is the background for this study? What are the main findings? Response: Iron status has previously been associated with risk of various types of cardiovascular disease, including stroke. However, the observational research methodologies that identified these associations can be affected by confounding from environmental factors and reverse causation. We used randomly allocated genetic variants that affect iron status to investigate its effect on risk of different types of ischemic stroke, and found evidence to support that higher iron status increases risk of cardioembolic stroke. END_OF_DOCUMENT_TOKEN_TO_BE_REPLACED
Continue Reading
Author Interviews, Colon Cancer, Supplements / 13.04.2018

Could Some Iron Supplements Raise Your Risk of Colon Cancer?

MedicalResearch.com Interview with: Nathalie Scheers PhD Asst. Professor Chalmers University of Technology Dept of Biology and Biological Engineering Food and Nutrition Science Göteborg, Sweden MedicalResearch.com: What is the background for this study? What are the main findings? Response: Many different forms of iron supplements are used to treat iron deficiency symptoms or as phosphate binders in patients with renal disease. two of these iron supplements, the chelates ferric citrate and ferric EDTA have been observed to drive colon cancer in mice. In the newly published study in Oncotarget, we are reporting our work on how these iron compounds differ compared to the simple salt ferrous sulphate, which is another common iron supplement. The main finding of this study was that ferric citrate and ferric EDTA promoted the cancer biomarker amphiregulin which in turn activated the MAP kinase ERK in gut epithelial cancer cells. There were no such effects in ferrous sulphate-treated cells. END_OF_DOCUMENT_TOKEN_TO_BE_REPLACED
Continue Reading
Anemia, Author Interviews, OBGYNE / 07.11.2016

No Iron Benefit To Mother From Eating Placenta

MedicalResearch.com Interview with: Daniel C Benyshek, PhD Professor, Department of Anthropology Adjunct Professor, UNLV School of Medicine Co-Director, Metabolism, Anthropometry and Nutrition Lab University of Nevada, Las Vegas MedicalResearch.com: What is the background for this study? What are the main findings? Response: Maternal placentophagy is ubiquitous among nearly all terrestrial mammals, but is rare to non-existent among humans in the historic and cross-cultural records. Recently, however, human maternal placentophagy has emerged as a popular trend among a small but growing number of women in many industrialized countries. Most women engaging in the practice today consume their processed placenta in capsule form, taken daily, over several weeks postpartum. While human maternal placentophagy advocates claim many maternal health benefits from the practice, including improved postpartum mood, increased breast-milk production, and improved energy, among others, no carefully designed, placebo-controlled studies have evaluated these claims. Our randomized, double-blind, placebo-controlled pilot study (N=23) investigated some of these claims. Our study found that the postpartum iron status of participants who consumed their own encapsulated placenta (based on the three week daily intake recommendation of one prominent placenta encapsulation service), was no different from those women who consumed the same amount of beef placebo. END_OF_DOCUMENT_TOKEN_TO_BE_REPLACED
Continue Reading
Anemia, Author Interviews, Hematology, Lancet, Surgical Research / 06.08.2016

MedicalResearch.com Interview with: Clinical Professor Alhossain A.Khalafallah Menzies Institute for Medical Research, University of Tasmania, Australia Consultant Haematologist Senior Staff Specialist Launceston General Hospital, Australia MedicalResearch.com: What is the background for this study? Response: 1. Iron deficiency is one of the most common nutritional deficiencies worldwide, affecting up to one third of the population worldwide. 2. Prevalence of anaemia in orthopaedic surgery ranges between 10-20% with the main cause of anaemia identified as nutritional deficiency. 3. New intravenous iron preparations have been developed at a higher purchase price than oral iron. Iron carboxymaltose, as one example, remains underutilised in the treatment of perioperative anaemia. 4. To our knowledge, this study is the first to compare the efficacy, safety and long term effect on iron stores and length of hospital stay in the postoperative anaemia setting. END_OF_DOCUMENT_TOKEN_TO_BE_REPLACED
Continue Reading
Author Interviews, Endocrinology, Hematology, OBGYNE, Thyroid Disease / 24.07.2016

Iron Levels Should Be Checked During Pregnancy

MedicalResearch.com Interview with: Kris Poppe, MD, PhD Co-Head Endocrine Unit CHU St-Pierre UMC Université libre de Bruxelles MedicalResearch.com: What is the background for this study? Response: Pregnant women are often referred by gynecologists to my endocrine practice, for altered thyroid function. At that occasion, I often noticed that the women also had low iron/ferritin levels (ferritin is the iron reserve). Searching in literature did not reveal many publications on the association between iron (deficiency) and thyroid function during pregnancy and so that was the background/aim to perform this study. END_OF_DOCUMENT_TOKEN_TO_BE_REPLACED
Continue Reading
Allergies, Anemia, Author Interviews, FDA / 18.11.2015

MedicalResearch.com Interview with: Cunlin Wang, MD, PhD Division of Epidemiology I, Office of Surveillance and Epidemiology, Center for Drug Evaluation and Research US Food and Drug Administration MedicalResearch: What is the background for this study? What are the main findings? Dr. Wang: IV Iron has been known for its risk of anaphylactic reaction, but there has been little research on the comparative safety of individual IV Iron products from a large population-based study. This study included 688,183 new users of IV iron not on dialysis from the U.S. Medicare program over a ten-year span (January 2003 to December 2013). The main findings of the study are: the risk for anaphylaxis at first exposure was higher for iron dextran than non-dextran IV iron products combined (iron sucrose, gluconate and ferumoxytol). When individual IV Iron products were compared, the data suggested that iron dextran has the highest risk of anaphylaxis and Iron sucrose has the lowest risk, estimated both at the first time exposure and after cumulative exposures. The low and high molecular weight dextran products could not be individually identified during most of study period. However, from January 2006 through March 2008, during which the use of two dextran products could be distinguished, there was very low use of high molecular weight dextran (Dexferrum@). This suggested that the study results likely represent the risk of the low molecular weight dextran (Infed@). END_OF_DOCUMENT_TOKEN_TO_BE_REPLACED
Continue Reading
Anemia, Author Interviews, Infections, Kidney Disease, UCSF / 21.10.2015 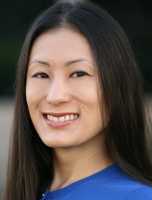 MedicalResearch.com Interview with: Dr. Julie H. Ishida MD San Francisco Veterans Affairs Medical Center Nephrology Section San Francisco, CA Medical Research: What is the background for this study? What are the main findings? Dr. Ishida: Intravenous iron is important in the treatment of anemia of end-stage renal disease, but it is biologically plausible that iron may increase infection risk. While results from epidemiologic studies evaluating the association between intravenous iron and infection in hemodialysis patients have been conflicting, guidelines for the treatment of anemia of chronic kidney disease have recommended caution in prescribing, avoidance and withholding of intravenous iron in the setting of active infection. However, no data specifically support the recommendation to withhold intravenous iron during active infection. Our study observed that among hemodialysis patients hospitalized for bacterial infection who had been receiving intravenous iron as an outpatient, continued receipt of intravenous iron was not associated with higher all-cause mortality, readmission for infection, or longer hospital stay. END_OF_DOCUMENT_TOKEN_TO_BE_REPLACED
Continue Reading
Author Interviews, Infections, JAMA, OBGYNE / 08.09.2015 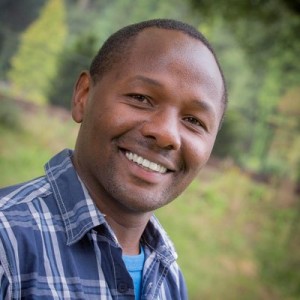 MedicalResearch.com Interview with: Dr. Martin N. Mwangi Researcher Division of Human Nutrition, Nutrition and Health over the lifecourse International Nutrition Unit Wageningen University The Netherlands   Medical Research: What is the background for this study? Dr. Mwangi : Anemia in pregnancy is a moderate or severe health problem in more than 80 percent of countries worldwide, but particularly in Africa, where it affects 57 percent of pregnant women. Iron deficiency is the most common cause, but iron supplementation during pregnancy has uncertain health benefits. There is some evidence to suggest that iron supplementation may increase the risk of infectious diseases, including malaria. Our main objective was to measure the effect of antenatal iron supplementation on maternal Plasmodium infection risk, maternal iron status, and neonatal outcomes. We randomly assigned 470 pregnant Kenyan women living in a malaria endemic area to daily supplementation with 60 mg of iron (n = 237 women) or placebo (n = 233) until 1 month postpartum. All women received 5.7 mg iron/day through flour fortification during intervention and usual intermittent preventive treatment against malaria. Medical Research: What are the main findings? Dr. Mwangi : Overall, we found no effect of daily iron supplementation during pregnancy on risk of maternal Plasmodium infection. Iron supplementation resulted in an increased birth weight [5.3 ounces], gestational duration, and neonatal length; enhanced maternal and infant iron stores at 1 month after birth; and a decreased risk of low birth weight (by 58 percent) and prematurity. The effect on birth weight was influenced by initial maternal iron status. Correction of maternal iron deficiency led to an increase in birth weight by [8.4 ounces]. END_OF_DOCUMENT_TOKEN_TO_BE_REPLACED
Continue Reading
Author Interviews, Autism, General Medicine, OBGYNE / 26.09.2014

MedicalResearch.com Interview with Dr. Ketil Stordal Researcher/consultant paediatrician National Institute of Public Health Norway MedicalResearch.com: What are the main findings of the study? Dr. Stordal: Mothers who used iron supplementation during pregnancy had an increased risk for having children with a diagnosis of celiac disease. This association was not caused by maternal anemia during pregnancy, anemia was not a predictor of celiac disease in the offspring. The risk for celiac disease when the mother had used the highest doses and for the longest period. END_OF_DOCUMENT_TOKEN_TO_BE_REPLACED
Continue Reading
Mineral Metabolism, Nutrition / 02.07.2013

MedicalResearch.com Interview with: Scott M. Smith, Ph.D. Nutritionist, Manager for Nutritional Biochemistry Biomedical Research and Environmental Sciences Division NASA Johnson Space Center Houston, TX 77058 Iron status and its relations with oxidative damage and bone loss during long-duration space flight on the International Space Station MedicalResearch.com: What are the main findings of the study? Dr. Smith: The key finding from this study is that the increase in iron stores during spaceflight is related to both oxidative damage and bone loss. Iron stores increase in microgravity because blood volume decreases during the initial weeks of spaceflight. The iron in excess red blood cells is not reused by new RBCs during spaceflight and is stored. This increase in iron stores was associated with increased indices of oxidative damage, and furthermore, the magnitude of the increase in iron stores during flight (i.e., the area under the curve) was correlated with bone mineral density loss. That is, the greater the iron stores, the more bone loss. END_OF_DOCUMENT_TOKEN_TO_BE_REPLACED
Continue Reading