Dermatology: Financial Reimbursements Better for White Males, Primarily Due to Treatment of Premalignant Lesions and Biopsies

MedicalResearch.com Interview with: Lauren A. V. Orenstein, MD | She/her/hers Assistant Professor of Dermatology Robert A. Swerlick, MD Professor and Alicia Leizman Stonecipher Chair of Dermatology Emory University School of Medicine Atlanta, GA 30322 MedicalResearch.com: What is the background for this study? Response: Financial incentives have the potential to drive provider behavior, even unintentionally. The aim of this study was to evaluate differences in clinic “productivity” measures that occur in outpatient dermatology encounters. Specifically, we used data from 2016-2020 at one academic dermatology practice to evaluate differences in work relative value units (wRVUs, a measure of clinical productivity) and financial reimbursement by patient race, sex, and age. 66,463 encounters were included in this study, among which 70.1% of encounters were for white patients, 59.6% were for females, and the mean age was 55.9 years old. END_OF_DOCUMENT_TOKEN_TO_BE_REPLACED
Continue Reading
Author Interviews, COVID -19 Coronavirus, Emory, NEJM, NIH, Vaccine Studies / 04.10.2020 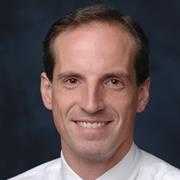 MedicalResearch.com Interview with: Evan J. Anderson, MD Associate Professor of Medicine and Pediatrics Emory University School of Medicine MedicalResearch.com: What is the background for this study? Response: Older adults have suffered a disproportionate number of the hospitalizations and deaths due to COVID-19. A vaccine is clearly needed for older adults.  For a number of vaccines, the immune response and efficacy of vaccines decreases with increasing age. A prime example would be influenza and the need for high dose influenza vaccine in the elderly. We had previously conducted a Phase I study in 18 – 55 year old adults of mRNA-1273 vaccine – published in NEJM 2020 with Lisa Jackson as the lead author. This phase I study was expanded to include older adults in 2 separate cohorts (56 – 70, >70 years of age) and 2 different doses. END_OF_DOCUMENT_TOKEN_TO_BE_REPLACED
Continue Reading
Author Interviews, Neurology, Parkinson's / 22.06.2020 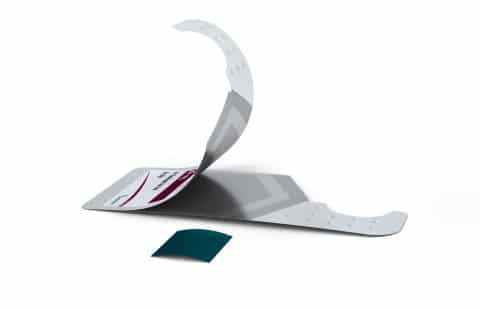 MedicalResearch.com Interview with: Stewart A. Factor, D.O. Professor of Neurology Director of the Movement Disorders Program Vance Lanier Chair of Neurology Emory University School of Medicine MedicalResearch.com: What is the background for this study? Would you briefly explain what is meant by OFF episodes.  Response: Parkinson’s disease (PD) is a chronic, progressive neurodegenerative disease characterized by motor symptoms, including tremor at rest, rigidity and impaired movement, as well as significant non-motor symptoms, such as cognitive impairment, psychiatric symptoms and autonomic symptoms (i.e. urinary issues, constipation, low blood pressure). It is the second-most common neurodegenerative disease after Alzheimer’s disease and it is predicted that the prevalence of Parkinson’s disease will double by the year 2040. The symptoms of PD are in substantial part, due to loss of dopamine nerve cells in the brain. The current standard of care for PD includes replacing the dopamine loss by the use of oral carbidopa/levodopa. Levodopa is a precursor of dopamine, converted in the brain. OFF episodes have been a significant unmet need in Parkinson’s disease since the emergence of levodopa. Initially, levodopa controls PD symptoms in a continuous fashion throughout the day. With time the response becomes less predictable and patients experience a re-emergence or worsening of PD symptoms. These episodes are what we mean by OFF episodes. OFF episodes can be characterized, in part, by re-emergence of motor symptoms including tremor, stiffness or slowed movement that can happen at any point during the day. OFF episodes typically begin within the first five years of treatment and occur at the end of a dose. This is referred to as end of dose failure or wearing off. Within the first four to six years after diagnosis, regardless of disease severity, up to 60 percent of people with PD experience OFF episodes. With time these episodes become longer, more severe and disabling, more frequent and less predictable as PD progresses. They can take up more than half the day OFF episodes may alter a persons’ ability to perform everyday activities by slowing or even precluding their completion. The result is significant burden and distress for people living with Parkinson’s disease (PD) and their care partners. CTH-300 was a Phase 3, 12-week, randomized, double-blind, placebo-controlled, parallel group, study examining the efficacy, safety and tolerability of apomorphine hydrochloride sublingual film (KYNMOBI) in people with levodopa-responsive PD complicated by OFF episodes. The primary endpoint was a mean change in the score from pre-dose in the Movement Disorder Society Unified Parkinson's Disease Rating Scale (MDS-UPDRS) Part III Motor Examination at 30 minutes after dosing at the 12-week visit of the maintenance treatment phase. The key secondary endpoint was the percentage of people with PD with a patient-rated full ON (or best) response within 30 minutes at the 12-week visit of the maintenance treatment phase. END_OF_DOCUMENT_TOKEN_TO_BE_REPLACED
Continue Reading
Author Interviews, Critical Care - Intensive Care - ICUs, Mental Health Research, Opiods, Pediatrics / 23.12.2019