Women With PTSD At Higher Risk For Heart Disease 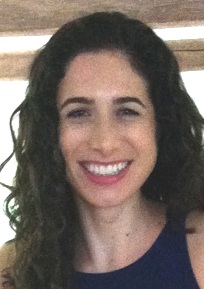 MedicalResearch.com Interview with: Jennifer A. Sumner, Ph.D. Columbia University Mailman School of Public Health New York, NY 10032 Medical Research: What is the background for this study? What are the main findings? Dr. Sumner: Cardiovascular disease, which includes conditions like heart attack and stroke, is the leading cause of death worldwide. Stress has long been thought to increase risk of cardiovascular disease, and posttraumatic stress disorder (PTSD) is the quintessential stress-related mental disorder. Some individuals who are exposed to traumatic events, such as unwanted sexual contact, the sudden unexpected death of a loved one, and physical assault, develop PTSD, which is characterized by symptoms of re-experiencing the trauma (e.g., nightmares), avoidance of trauma reminders (e.g., avoiding thinking about the trauma), changes in how one thinks and feels (e.g., feeling emotionally numb), and increased physiological arousal and reactivity (e.g., being easily startled). PTSD is twice as common in women as in men; approximately 1 in 10 women will develop PTSD in their lifetime. Research has begun to suggest that rates of cardiovascular disease are higher in people with PTSD. However, almost all research has been done in men. My colleagues and I wanted to see whether PTSD was associated with the development of cardiovascular disease in a large sample of women from the general public. We looked at associations between PTSD symptoms and new onsets of heart attack and stroke among nearly 50,000 women in the Nurses’ Health Study II over 20 years, beginning in 1989. Women with the highest number of PTSD symptoms (those reporting 4+ symptoms on a 7-item screening questionnaire) had 60% higher rates of developing cardiovascular disease (both heart attack and stroke) compared to women who were not exposed to traumatic events. Unhealthy behaviors, including lack of exercise and obesity, and medical risk factors, including hypertension and hormone replacement use, accounted for almost 50% of the association between elevated PTSD symptoms and cardiovascular disease. We also found that trauma exposure alone (reporting no PTSD symptoms on the screening questionnaire) was associated with elevated cardiovascular disease risk compared to no trauma exposure. Our study is the first to look at trauma exposure and PTSD symptoms and new cases of cardiovascular disease in a general population sample of women. These results add to a growing body of evidence suggesting that trauma and PTSD have profound effects on physical health as well as mental health. END_OF_DOCUMENT_TOKEN_TO_BE_REPLACED
Continue Reading
Author Interviews, JAMA, Mental Health Research / 23.01.2015

MedicalResearch.com Interview with: David P.G. van den Berg PhD student Clinical Psychologist Cognitive behavioural therapist Parnassia Psychiatric Institute Early Detection and Intervention Team (EDIT) Zoutkeetsingel, The Netherlands Medical Research: What is the background for this study? What are the main findings? Response: The last decade it has become clear that many people with psychotic disorders suffered severe childhood trauma. These experiences enhance chances of developing psychosis, but also result in comorbid posttraumatic stress disorder (PTSD). PTSD is highly prevalent in patients with psychotic disorders and negatively influences prognosis and wellbeing. Prolonged Exposure (PE) and Eye Movement Desensitization and Reprocessing (EMDR) are highly effective treatments and recommended as first choice treatments in PTSD guidelines worldwide. Although there is no evidence to support this, patients with psychosis are excluded from PTSD treatment due to fear of destabilization or psychotic decompensation. Moreover, psychosis is the most used exclusion criterion in PTSD trials. This is the first randomized clinical trial (RCT) of the efficacy of PTSD treatment in psychosis. In this RCT 155 patients with a psychotic disorder and comorbid PTSD were randomly assigned to PE, EMDR or Waiting List (WL). In the treatment conditions participants received 8 sessions of 90-minutes therapy. Standard protocols were used. Treatment was not preceded by stabilizing psychotherapeutic interventions or skills training. The first session comprised psycho-education about PTSD and target selection. In sessions 2 to 8 traumas were treated, starting with the most distressing experience. Baseline, post-treatment and 6-month follow-up assessments were made. Participants in both PE and EMDR showed greater reduction of PTSD symptoms than those in WL. Between group effect sizes were large. About sixty percent of the participants in the treatment groups achieved loss of diagnosis. Treatment effects were maintained at six-month follow-up for both PE and EMDR. Treatments did not result in serious adversities. END_OF_DOCUMENT_TOKEN_TO_BE_REPLACED
Continue Reading
Author Interviews, Genetic Research, PTSD, UCLA / 15.01.2015

MedicalResearch.com Interview with: Armen K. Goenjian, M.D., L.D.F.A.P.A., F.A.C.G.S. Research Professor of Psychiatry Department of Psychiatry and Biobehavioral Sciences David Geffen School of Medicine at UCLA Medical Research: What is the background for this study? Response: Post-traumatic stress disorder (PTSD) is a psychiatric disorder that develops after exposure to a traumatic event such as rape, war, natural disaster, and accident. Symptoms include recurrent intrusive traumatic memories, flashbacks, nightmares, hyper-vigilance, jumpiness, and anxiety. Dopaminergic and serotonergic systems have been implicated in PTSD. Catechol-O-methyltransferase (COMT) is an enzyme that degrades dopamine, an important brain neuro-hormone that regulates human behavior, thoughts and emotions.  Tryptophan hydroxylase is the rate limiting step in the synthesis of serotonin, another important neuro-hormone that regulates arousal, sleep, anxiety, and mood. This study evaluated the association of four COMT gene loci, and the joint effect of COMT and tryptophan hydroxylase 2 (TPH-2) genes on PTSD symptoms. END_OF_DOCUMENT_TOKEN_TO_BE_REPLACED
Continue Reading
Author Interviews, Brain Injury, PTSD / 05.12.2014

MedicalResearch.com Interview with: James L . Spira, PhD, MPH, ABPP Professor, Department of Psychiatry, John A Burns School of Medicine, University of Hawaii Director, National Center for PTSD, Department of Veterans Affairs, Pacific Islands Division Medical Research: What is the background for this study? Dr. Spira:  Approximately 1.5 million Americans survive a traumatic brain injury (TBI) from traffic accidents, assaults, sports, and work injuries, with the vast majority of these being primarily mild (mTBI), otherwise known as concussion.1 Concussion, however, is uniquely problematic in the military given the new strategies of war encountered by service members when fighting an insurgency using improvised explosive devices. The rate of concussion experienced by United States (U.S.) service members engaging in combat during the wars in Afghanistan and Iraq has been estimated at between 15% and 22%.2–4There has been controversy in the area of neurotrauma as to whether persistent postconcussive symptoms (PPCSx) are due to neurological causes or solely due to the psychological sequelae of having been exposed to a traumatic event.  The recent wars in Iraq and Afghanistan have afforded an opportunity to examine these factors, although teasing them apart has proven difficult.  The most influential study of persistent effects of concussion in service members is that of Hoge and colleagues,5 in which they failed to find an independent effect of prior concussion on PPCSx, once depression and posttraumatic stress (PTSD) was taken into account.  They went so far as to recommend that assessment for concussion following deployment is unnecessary.  Others, however, have reported persistent cognitive, emotional, and physical symptoms following concussion. END_OF_DOCUMENT_TOKEN_TO_BE_REPLACED
Continue Reading
General Medicine / 03.10.2014

MedicalResearch.com Interview with: Kathrin S. Utz, PhD Department of Neurology University of Erlangen-Nuremberg Erlangen, German Medical Research: What are the main findings of the study? Dr. Utz: A transient ischemic attack is caused when there is a temporary disruption in the blood supply to a person’s brain. It causes the person to experience symptoms, similar to those of a stroke, such as speech and visual disturbance and numbness or weakness in the arms and legs. A transient ischemic attack is only temporary and people make a full physical recovery from it. We found, however, that a TIA is not without cost. Specifically, we found that such persons are at a greater risk of going on to develop the psychiatric condition known as posttraumatic stress disorder (PTSD). We found 1 in 3 patients develop it. PTSD, which is perhaps better known as a problem found in survivors of war zones and natural, can develop when a person experiences a frightening event that poses a serious threat. It leads the person to experience symptoms such as worry, nightmares, flashbacks and social isolation. We found that TIA patients who develop PTSD are also more likely to suffer from depression and anxiety symptoms. Taken together these symptoms pose a significant psychological burden for the affected patients and it therefore comes as no surprise that we also found TIA patients with PTSD have a measurably lower sense of quality of life than TIA patients who do not develop PTSD. We could also identify some potential risk-factors for the development of PTSD following a TIA. Younger patients and patients who overestimate their future stroke risk are more likely to develop PTSD. Also important in this context are the strategies that patients typically adopt to deal with stressful situations. Those patients who use certain types of coping strategies, such as denying the problem, blaming themselves for any difficulties or turning to drugs for comfort, face a greater risk of developing PTSD after TIA. END_OF_DOCUMENT_TOKEN_TO_BE_REPLACED
Continue Reading
Addiction, Author Interviews, JAMA, PTSD / 17.09.2014

MedicalResearch.com Interview with: Susan Mason, PhD, MPH Assistant Professor Division of Epidemiology and Community Health Minneapolis, MN  55454   Medical Research: What are the main findings of the study? Dr. Mason: We examined 49,408 women enrolled in the Nurses' Health Study II to see if those who had experienced PTSD symptoms at some point in their lives were more likely than those without PTSD symptoms to meet the criteria for food addiction, a measure of perceived dependence on food. We found that the 8% of women with the most lifetime PTSD symptoms were about 2.7 times as likely to meet the criteria for food addiction as women with no lifetime PTSD symptoms. This translates to an elevation in food addiction prevalence from about 6% among women with no PTSD symptoms to about 16% in women with the most PTSD symptoms. END_OF_DOCUMENT_TOKEN_TO_BE_REPLACED
Continue Reading
Author Interviews, Heart Disease, PTSD / 20.03.2014

MedicalResearch.com Interview with: Dr. Nancy Crum-Cianflone MD Deployment Health Research Department, Naval Health Research Center, San Diego, CA MedicalResearch.com: What are the main findings of the study? Dr. Nancy Crum-Cianflone: There have been several studies examining the health outcomes of service members who recently deployed to the conflicts in Iraq and Afghanistan.  However, none of these studies to date had examined the potential role of military deployment experiences and PTSD on coronary heart disease (CHD) among young US service members.  We believed that this would be an important study to undertake since these data would not only be useful to the US military, but may also have implications regarding job-related stressors on the health of young adults in the general population. After studying over 60,000 current and former US military personnel, we found that those who deployed and experienced combat were at a 60%-90% increased risk of subsequently developing CHD.  This finding was noted when we examined both self-reported CHD and medical record validated coronary heart disease.  These data suggest that experiences of intense stress may increase the risk for coronary heart disease over a relatively short period among young, previously healthy adults. END_OF_DOCUMENT_TOKEN_TO_BE_REPLACED
Continue Reading
Author Interviews, Inflammation, JAMA, Mental Health Research, PTSD / 12.03.2014

MedicalResearch.com Interview with: Ian Kronish, MD, MPH Assistant Professor of Medicine Center for Behavioral Cardiovascular Health Division of General Medicine Columbia University Medical Center MedicalResearch.com: What are the main findings of the study? Dr. Kronish: Among primary care patients with persistently uncontrolled blood pressure despite medication treatment, we found that medication non-adherence was more than twice as common in patients with PTSD (68%) as compared to patients without PTSD (26%). The association between PTSD and medication non-adherence remained present after adjustment for key covariates including regimen complexity and depression. Recent research shows that PTSD not only contributes to psychological distress, but is also associated with increased risk for incident and recurrent cardiovascular disease. The data from our study suggest that medication non-adherence may be an important mechanism by which PTSD increases risk for cardiovascular disease. END_OF_DOCUMENT_TOKEN_TO_BE_REPLACED
Continue Reading