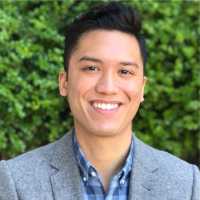 MedicalResearch.com Interview with: Anthony Almazan MD Candidate Harvard Medical School MedicalResearch.com: What is the background for this study? Response: Gender-affirming surgeries are procedures offered to alleviate psychological distress and affirm the gender identities of transgender and gender diverse (TGD) people. Requests for these surgeries have been increasing in the United States over the past decade. However, the mental health benefits of these procedures have remained controversial due to the limited evidence base on this subject. END_OF_DOCUMENT_TOKEN_TO_BE_REPLACED
Continue Reading
Author Interviews, Education, Gender Differences, JAMA, Race/Ethnic Diversity, Yale / 24.02.2020

MedicalResearch.com Interview with: Katherine A. Hill, BA, BS Yale School of Medicine New Haven, Connecticut MedicalResearch.com: What is the background for this study? Response: Previous studies have shown that mistreatment is a common and damaging experience for medical students. However, there is little research on whether the prevalence of medical student mistreatment varies by demographic factors such as student sex, race/ethnicity, and sexual orientation.  END_OF_DOCUMENT_TOKEN_TO_BE_REPLACED
Continue Reading
Author Interviews, Brigham & Women's - Harvard, Dermatology, Gender Differences, JAMA, Melanoma / 12.02.2020

MedicalResearch.com Interview with: Arash Mostaghimi, MD, MPA, MPH Director, Inpatient Dermatology , Brigham and Women's Hospital Instructor, Harvard Medical School Department of Dermatology Brigham and Women's Hospital MedicalResearch.com: What is the background for this study? What are the main findings?  Response: Smaller studies have demonstrated increased risk for skin cancer among gay men.  Prior to this study this data had not been confirmed in a nationally representative database. END_OF_DOCUMENT_TOKEN_TO_BE_REPLACED
Continue Reading
Author Interviews, Dermatology, Gender Differences, Pediatrics / 17.11.2019

MedicalResearch.com Interview with: Markus Boos, MD, PhD Member of the Society for Pediatric Dermatology. Attending pediatric dermatologist Seattle Children's Hospital Assistant Professor in the Department of Pediatrics University of Washington School of Medicine  MedicalResearch.com: What is the background for this study? Response: Our understanding of the cutaneous health of sexual and gender minority (SGM) individuals (lesbian, gay, bisexual, transgender, queer, asexual, intersex, nonbinary, etc.) remains nascent. This dearth of understanding of the unique needs of SGM children is even more pronounced. This 2-part review article provides practical advice on how to best engage with young SGM patients and serve the distinct needs of this minority population, with a specific emphasis on dermatologic conditions. END_OF_DOCUMENT_TOKEN_TO_BE_REPLACED
Continue Reading
Author Interviews, Dermatology, Environmental Risks, General Medicine, JAMA, Melanoma, Stanford / 07.10.2019 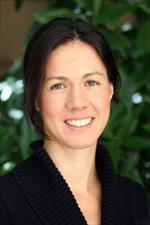 MedicalResearch.com Interview with: Eleni Linos MD MPH DrPH Professor of Dermatology and Epidemiology Stanford University  MedicalResearch.com: What is the background for this study? What are the main findings?  Response: We know that tanning beds are harmful: people who use tanning beds are more likely to get skin cancer. Sexual minority men are much more likely to use tanning beds and also more likely to get skin cancer. In a separate study we discovered that one reason sexual minority men use tanning beds is if it is convenient: e.g. if close to home, cheap, and easy. (https://onlinelibrary.wiley.com/doi/abs/10.1111/bjd.17684). Recent research showed that tobacco retailers cluster in LGB neighborhoods: https://sph.unc.edu/sph-news/more-tobacco-retailers-in-lgbt-neighborhoods-may-explain-smoking-disparities/. This made us wonder if tanning salons also cluster in neighborhoods with more gay men.  END_OF_DOCUMENT_TOKEN_TO_BE_REPLACED
Continue Reading
Author Interviews, Gender Differences, Johns Hopkins / 23.04.2019

MedicalResearch.com Interview with: Kellan E. Baker, MPH, MA Centennial Scholar PhD Candidate Health Policy Research Scholar Department of Health Policy and Management Johns Hopkins Bloomberg School of Public Health MedicalResearch.com: What is the background for this study? What are the main findings? Response: This study shows that transgender adults in the U.S. today have significantly worse health-related quality of life than cisgender (non-transgender) adults, as measured by self-reported health status and number of recent days of poor physical or mental health. The study is important because it quantifies the gap in health-related quality of life between transgender and cisgender people, and it relies on a survey that allows us to believe that these findings are likely true not just for the people who answered the survey but for the U.S. as a whole. Health-related quality of life is a very broad term that describes a person’s whole sense of well-being—we might think of it as the answer to the question, “how are you doing these days?” The answer has to do not just with your physical health but also your mental health, your outlook on your life and your community, your feelings of wholeness and happiness. Sources such as the National Academy of Medicine and the U.S. Transgender Survey have documented that transgender people face discrimination in areas of everyday life such as housing, health care, and public spaces. Encounters with discrimination don’t just keep transgender people from getting services they need: they hurt trans people both physically and mentally.  END_OF_DOCUMENT_TOKEN_TO_BE_REPLACED
Continue Reading
Author Interviews, Gender Differences, JAMA, Pediatrics / 25.03.2019 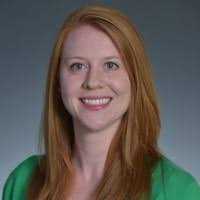 MedicalResearch.com Interview with: Michelle M Johns, MPH, PhD Health Scientist Division of Adolescent and School Health CDC MedicalResearch.com: What is the background for this study? What are the main findings? Response: Gender nonconformity is an under-researched area of adolescent health that is often linked to negative health outcomes. To address this gap, we analyzed Youth Risk Behavior Survey data to describe the associations between gender nonconformity and risk behaviors, including mental distress, and substance use. Gender nonconformity was associated with feeling sad and hopeless, as well as suicidal thoughts and/or behaviors among female and male students. In addition, gender nonconformity was strongly associated with substance use among male students. END_OF_DOCUMENT_TOKEN_TO_BE_REPLACED
Continue Reading
Author Interviews, Brigham & Women's - Harvard, Gender Differences, Occupational Health, Sexual Health / 30.07.2018

Sexual Minorities More Likely To Be Unemployed and Uninsured 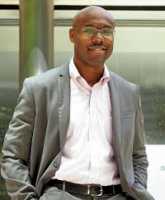 MedicalResearch.com Interview with: Oliver Ferlatte PhD Men's Health Research Program University of British Columbia Vancouver , British Columbia , Canada MedicalResearch.com: What is the background for this study? Response: Suicide, like many other health inequities, is unevenly distributed among the population, with marginalized groups being most affected. In Canada, suicide has been found to particularly affect gay and bisexual men, aboriginal people and people living in rural and remote communities. While the populations affected by suicide are not mutually exclusive – for example someone can be a bisexual Aboriginal man living in a remote community – much of the suicide prevention literature tends to treat these groups as such. Moreso, very little attention is given in suicide prevention research to diversity within groups: for example, we know very little about which gay and bisexual men are most at risk of attempting suicide. This situation creates a vacuum of knowledge about suicide among gay and bisexual and deprives us of critical information for the development of effective suicide prevention activities. We therefore investigated in a survey of Canadian gay and bisexual men (Sex Now Survey), which gay and bisexual men are at increased risk of reporting a recent suicide attempt. The large sample of gay and bisexual men with 8493 participants allows for this unique analysis focused on the multiple, intersecting identities of the survey participants. END_OF_DOCUMENT_TOKEN_TO_BE_REPLACED
Continue Reading
Annals Internal Medicine, Author Interviews, Brigham & Women's - Harvard, Hormone Therapy, Sexual Health, Testosterone / 27.07.2017

MedicalResearch.com Interview with: Carl G Streed Jr. M.D. Pronouns: he, him, his, himself Fellow, Division General Internal Medicine & Primary Care Brigham & Women’s Hospital  MedicalResearch.com: What is the background for this study? What are the main findings? Response: Recent reports estimate that 0.6% of adults in the United States, or approximately 1.4 million persons, identify as transgender. Despite gains in rights and media attention, the reality is that transgender persons experience health disparities, and a dearth of research and evidence-based guidelines remains regarding their specific health needs. The lack of research to characterize cardiovascular disease (CVD) and CVD risk factors in transgender populations receiving cross-sex hormone therapy (CSHT) limits appropriate primary and specialty care. As with hormone therapy in cisgender persons (that is, those whose sex assigned at birth aligns with their gender identity), existing research in transgender populations suggests that CVD risk factors are altered by CSHT. END_OF_DOCUMENT_TOKEN_TO_BE_REPLACED
Continue Reading
Author Interviews, Endocrinology, Gender Differences, JCEM / 13.01.2017

Clinicians Found To Have Inadequate Training in Transgender Health

MedicalResearch.com Interview with: Caroline J. Davidge-Pitts, M.B., Ch.B Mayo Clinic Rochester, Minn. MedicalResearch.com: What is the background for this study? Response: The awareness of transgender healthcare issues has increased, leading to improved coverage of both hormonal and non-hormonal therapies. In endocrinology practices, there is an increased demand for providers who are competent in these areas. We wanted to assess the current status of knowledge and practice in transgender health amongst our current and future endocrinologists. END_OF_DOCUMENT_TOKEN_TO_BE_REPLACED
Continue Reading
Author Interviews, Gender Differences, Pediatrics / 26.10.2016

No Difference in Behavioral Issues In Children Adopted By LGBT Parents

MedicalResearch.com Interview with: Rachel H. Farr, Ph.D. Assistant Professor Department of Psychology University of Kentucky MedicalResearch.com: What is the background for this study? Response: Controversy continues to surround parenting by lesbian and gay (LG) adults and outcomes for their children. As sexual minority parents increasingly adopt children, longitudinal research about child development, parenting, and family relationships is crucial for informing such debates. This longitudinal study compared outcomes for children, parents, couples, and the overall family system among nearly 100 (N = 96) adoptive families with lesbian, gay, and heterosexual parents at two time points: when children were preschool-age, and approximately 5 years later, when children were in middle childhood. Child outcomes were assessed via parent- and teacher-reported behavior problems, while parent outcomes were assessed via self-reports of parenting stress levels. Couple and family outcomes were evaluated by parent reports of couple adjustment and overall family functioning. END_OF_DOCUMENT_TOKEN_TO_BE_REPLACED
Continue Reading
Author Interviews, Dermatology, Emory, JAMA, Sexual Health / 23.08.2015

MedicalResearch.com Interview with: Howa Yeung, MD PGY3, Emory Dermatology Emory University Medical Research: What is the background for this study? What are the main findings? Dr. Yeung: Indoor tanning is a well-established and preventable cause for melanomas and non-melanoma skin cancers. Public health efforts in curbing indoor tanning have focused on known high-risk populations, such as young, college-aged, White women. However, other demographic risk factors for indoor tanning remain unknown. As our nation increasingly focuses on addressing and improving the health of lesbian, gay, bisexual, and transgender (LGBT) individuals, more and more evidence demonstrates that various LGBT subpopulations face higher rates of cancer-related behavior risk factors, such as smoking, alcohol use, obesity, etc. We wanted to find out whether risk factors for skin cancer, such as indoor tanning, disproportionately affected LGBT populations. Our study showed higher rates of indoor tanning among gay and bisexual men, with 1.8-fold and 3.6-fold higher odds of tanning bed use within the past year, compared to straight men, after adjusting for sociodemographic factors. Disparities in frequent tanning, defined as using tanning bed 10 or more times within the past year, are even more prominent among gay and bisexual men. In contrast, no significant sexual orientation disparities were noted among women after adjusting for sociodemographic factors. END_OF_DOCUMENT_TOKEN_TO_BE_REPLACED
Continue Reading