MedicalResearch.com Interview with: Ashwin Nathan, MD, MSHP Assistant Professor, Medicine, Perelman School of Medicine Interventional Cardiologist Hospital of the University of Pennsylvania and at the Corporal Michael C. Crescenz VA Medical Center in Philadelphia Penn Cardiovascular Outcomes, Quality & Evaluative Research Center MedicalResearch.com: What is the background for this study? What are the main findings? Response: We found that the rates of TAVR were lower in areas with higher proportions of Black, Hispanic and socioeconomically disadvantaged patients. Inequities in access in areas with higher proportions of Black and Hispanic patients existed despite adjusting for socioeconomic status. END_OF_DOCUMENT_TOKEN_TO_BE_REPLACED
Continue Reading
Author Interviews, HIV, Infections, Vanderbilt / 02.10.2021 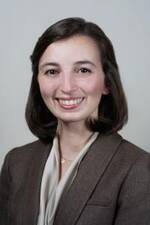 MedicalResearch.com Interview with: Rachael Pellegrino, MD Vanderbilt University Medical Center MedicalResearch.com: What is the background for this study? Response: We know that HIV care and outcomes have dramatically improved over the last 20 years, but disparities still exist at each step of the HIV care continuum, which can ultimately lead to differences in mortality rates. In addition to assessing trends and disparities in mortality, we wanted to look at differences in premature mortality, which has not been widely studied in the HIV population in the US. This concept serves to emphasize and quantify the time lost by death at an early age as an important measurement of the impact of diseases and can expose disparities that are not apparent in the mortality rates alone. END_OF_DOCUMENT_TOKEN_TO_BE_REPLACED
Continue Reading
Author Interviews, JAMA, Primary Care, Social Issues / 13.09.2021 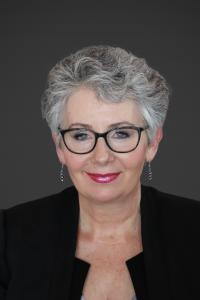 MedicalResearch.com Interview with: Karina W. Davidson, Ph.D., M.A.Sc. Professor of Behavioral Medicine Zucker School of Medicine at Hofstra University/Northwell Health Chairperson, USPSTF MedicalResearch.com: What is the background for this study? What are the main findings?  Response: The social and economic conditions in someone’s life, such as whether or not they have secure food, housing, or transportation, can affect their health in multiple ways. As part of our commitment to improving health equity, the U.S. Preventive Services Task Force took two key steps. We both thoroughly reviewed the existing research around screening and interventions for social risk factors, and audited our own portfolio of recommendation statements to determine how and how often social risks have been considered in the past. This information serves as a benchmark and foundation for our ongoing work to further advance health equity through our methods and recommendations. END_OF_DOCUMENT_TOKEN_TO_BE_REPLACED
Continue Reading
Author Interviews, Blood Pressure - Hypertension, Diabetes, JAMA, Race/Ethnic Diversity / 13.09.2021 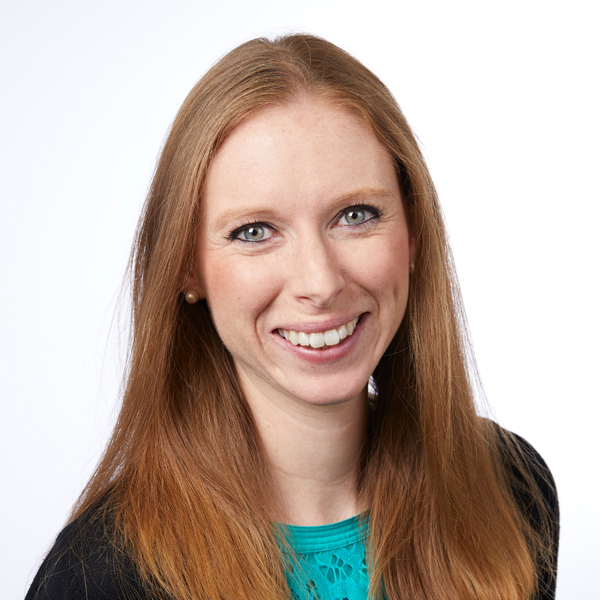 MedicalResearch.com Interview with: Megan B. Cole, PhD, MPH Assistant Professor | Dept. of Health Law, Policy, & Management Co-Director | BU Medicaid Policy Lab Boston University School of Public Health Boston, MA 02118 MedicalResearch.com: What is the background for this study? Response: Under the Affordable Care Act, states were given the option to expand Medicaid eligibility to nonelderly adults with incomes up to 138% of the federal poverty level, where in January 2014, 25 states plus Washington, DC expanded eligibility, with 13 additional states expanding thereafter. State Medicaid expansion decisions were particularly consequential for federally qualified health centers (FQHCs), which serve nearly 30 million low-income, disproportionately uninsured patients across the US. We know from earlier work that in the shorter-term, Medicaid expansion was associated with improvements in quality of care process measures and FQHC service capacity. However, we conducted the first known nationally representative study to examine how Medicaid expansion impacted key chronic disease outcome measures at FQHCs over the longer-term by looking at changes five years after implementation, including changes by race/ethnicity.  END_OF_DOCUMENT_TOKEN_TO_BE_REPLACED
Continue Reading
Addiction, Author Interviews, Opiods, Race/Ethnic Diversity / 10.09.2021

Pronounced Regional Disparities in Methadone Availability in the United States

John A. Furst BS Geisinger Commonwealth School of Medicine MedicalResearch.com: What is the background for this study? Response: Methadone is an evidence-based pharmacotherapy for opioid detoxification, maintenance therapy, and pain management. However, accessibility of this treatment remains variable across much of the country. Methadone for the treatment of opioid use disorder (OUD) is exclusively provided by federally regulated opioid treatment programs (OTPs) and has provoked significant community-based and legal controversy regarding its role in the management of this condition. This has created disparities related to the distribution and access of methadone throughout the United States (U.S.). The goal of this study1 was to highlight the most recent pharmacoepidemiologic trends associated with methadone in the face of unique restrictions at the local, state, and federal levels. END_OF_DOCUMENT_TOKEN_TO_BE_REPLACED
Continue Reading
Author Interviews, Columbia, JAMA, Race/Ethnic Diversity, Telemedicine / 29.07.2021

MedicalResearch.com Interview with: Steffie Woolhandler MD MPH, FACP Professor of Public health and Health Policy CUNY School of Public Health at Hunter College Co-founder and board member Physicians for a National Health Program MedicalResearch.com: What is the background for this study? What are the main findings? Response:   We analzyed a national database of healthcare utilization. We found racial disparities exist in use of specialist MD services by Black- and Native-Americans relative to White-Americans, despite their greater needs.  Hispanic- and Asian-Americans also receive specialist care at low rates.   END_OF_DOCUMENT_TOKEN_TO_BE_REPLACED
Continue Reading
Author Interviews, Cancer Research, COVID -19 Coronavirus, JAMA, Prostate Cancer, Race/Ethnic Diversity / 23.07.2021

MedicalResearch.com Interview with: Andres F. Correa, MD Assistant Professor Department of Surgical Oncology, and Adrien Bernstein, MD Second Year Urologic Oncology Fellow Fox Chase Cancer Center MedicalResearch.com: What is the background for this study? Response: Unfortunately, it has been well-established that historically Black Americans experience increased cancer specific mortality compared to white patients. In prostate cancer specifically studies have shown that when access to care is equitable this gap resolves. This suggests that biological factors are not driving these differences but rather the result of the complex interplay of social determinants and systemic inequities in our healthcare system. Early in the pandemic, multiple studies demonstrated that minority communities disproportionately shouldered poor COVID-19 outcomes.  On March 13th 2020, the American College of Surgeons recommended against elective procedures; however, the definition of an elective oncologic case was left to the discretion of the provider. As prostate cancer treatment can be safely deferred up to a year follow diagnosis, management of prostate cancer during the initial lockdown period of the COVID-19 Pandemic provided a useful analysis of the differential restrictions placed on non-emergent health care during the Pandemic. END_OF_DOCUMENT_TOKEN_TO_BE_REPLACED
Continue Reading
Author Interviews, JAMA, Kidney Disease, Race/Ethnic Diversity, UCSF / 17.07.2021 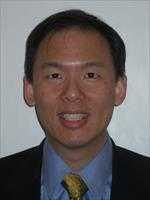 MedicalResearch.com Interview with: Chi-yuan Hsu, MD, MSc (he/him/his) Professor and Division Chief Division of Nephrology University of California, San Francisco San Francisco, CA 94143-0532 MedicalResearch.com: What is the background for this study? Response: There has been a great deal of controversy recently about how race should be considered in medicine, including its use in estimating kidney function (e.g. https://jamanetwork.com/journals/jama/fullarticle/2769035).  A recent paper published in JAMA Network Open by Zelnick et al suggested that removing the race coefficient improves the accuracy of estimating kidney function (https://jamanetwork.com/journals/jamanetworkopen/fullarticle/2775076) in the Chronic Renal Insufficiency Cohort, a NIH-funded study (www.cristudy.org). We are core investigators of the Chronic Renal Insufficiency Cohort Study and were not involved in the Zelnick’s study that was based on a public use dataset.  Because we were surprised by the methodological approach they took and the conclusion they came to, we implemented our own analysis of the data. END_OF_DOCUMENT_TOKEN_TO_BE_REPLACED
Continue Reading
Author Interviews, Cancer Research, CDC, Emory, Gender Differences, Race/Ethnic Diversity / 08.07.2021 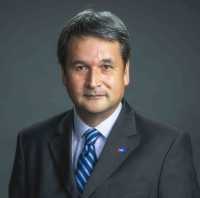 MedicalResearch.com Interview with: Martha Kubik, Ph.D., R.N. Professor and Director School of Nursing College of Health and Human Services George Mason University MedicalResearch.com: What is the background for this study? Response: Colorectal cancer is the third leading cause of cancer deaths in the United States, yet about a quarter of people ages 50 to 75 have never been screened for this devastating disease. Fortunately, we know that screening for colorectal cancer is effective and saves lives. New science about colorectal cancer in people younger than 50 years old has enabled us to expand our previous guidelines to recommend that all adults ages 45 to 75 be screened for colorectal cancer to reduce their risk of dying from this disease.  END_OF_DOCUMENT_TOKEN_TO_BE_REPLACED
Continue Reading
Author Interviews, Breast Cancer, JAMA, Race/Ethnic Diversity / 17.05.2021 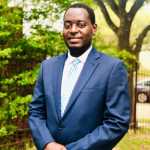 MedicalResearch.com Interview with: Kobina Hagan MBBS, MPH Postdoctoral Fellow Center for Outcomes Research, Houston Methodist Research Institute MedicalResearch.com: What is the background for this study? Response: Before the COVID-19 vaccination roll-out, risk mitigation guidelines including respiratory hygiene, social distancing, and job flexibility, were the most effective preventive measures against coronavirus transmission. Social determinants of health scholarships had identified social circumstances to limit adherence to these mitigation guidelines. Individuals with underlying cardiovascular disease are identified as high-risk phenotypes for severe COVID-19 outcomes. In addition, research efforts during the early and middle waves of the pandemic had identified coronavirus exposure risk as a greater mediator of the observed COVID-19 disparities, compared to clinical susceptibility from comorbidities. Yet, population-based evidence on the practice of these mitigation guidelines in this high-risk group were lacking. Consequently, we believed there was a need to robustly characterize COVID-19 risk mitigation practices among adults with cardiovascular disease in the nation. The COVID-19 Household Impact Survey was a survey conducted by the National Opinion Research Center at the University of Chicago, to provide statistics about health, economic security, and social dynamics of the US adult household population nationwide and for 18 geographic areas (10 states, 8 metropolitan statistical areas) between April and June 2020. This survey complemented the Household Pulse Survey by the Census Bureau. In this study we described the COVID-19 risk mitigation practices among patients with CVD and evaluated the association between cumulative social determinants of health burden (a measure of social adversity) and adherence these measures.  END_OF_DOCUMENT_TOKEN_TO_BE_REPLACED
Continue Reading
Asthma, Author Interviews, Brigham & Women's - Harvard, Race/Ethnic Diversity / 09.05.2021

MedicalResearch.com Interview with: Justin Salciccioli, MBBS, MA Research Fellow in Medicine Elliot Israel, MD Professor of Medicine, Harvard Medical School Pulmonary and Critical Care, Rheumatology, Medicine Brigham and Women's Hospital MedicalResearch.com: What is the background for this study? Response: Asthma attacks account for almost 50% of the cost of asthma care, which costs $80 billion each year in the United States. Asthma is more severe in African-American/Black and Hispanic/Latinx patients, with these groups having double the rates of attacks and hospitalizations as the general population. The PREPARE study is an ongoing national clinical trial for African American/Black and Hispanic/Latinx adults with moderate-to-severe asthma from different U.S. cities in which reporting of asthma control and asthma exacerbations was monitored entirely remotely. With the arrival of the Covid19 pandemic, several studies suggested that asthma exacerbations may have decreased during the pandemic. However, multiple reports have suggested people were avoiding health services because of the pandemic, making it difficult to tell whether exacerbations truly decreased or whether people were simply avoiding their doctors. This is the first study done to assess asthma exacerbations before and during the pandemic that is unlikely to be impacted by patient healthcare avoidance. END_OF_DOCUMENT_TOKEN_TO_BE_REPLACED
Continue Reading
Author Interviews, COVID -19 Coronavirus, Critical Care - Intensive Care - ICUs, Race/Ethnic Diversity / 13.04.2021

COVID-19: Race Made No Difference in ICU Outcomes 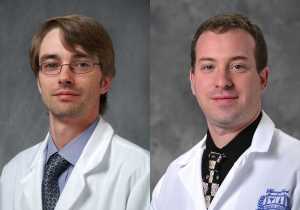 MedicalResearch.com Interview with: Michael H. Lazar MD Jeffrey H Jennings, MD Pulmonary and Critical Care specialists Henry Ford Hospital Detroit Michigan MedicalResearch.com: What is the background for this study? What are the main findings? Response: Persons of color who are infected with COVID-19 have a higher incidence of hospitalization and death when compared to white patients.  However, it was previously unknown if there was a difference in outcomes based upon race in patients who are sick enough to be treated in an intensive care unit (ICU). Our study found that race made no difference in ICU outcomes. MedicalResearch.com: What should readers take away from your report? Response: Lack of racial differences in survival and other meaningful outcomes in the intensive care unit may be related to the highly protocolized nature of care and experience of the critical care team. END_OF_DOCUMENT_TOKEN_TO_BE_REPLACED
Continue Reading